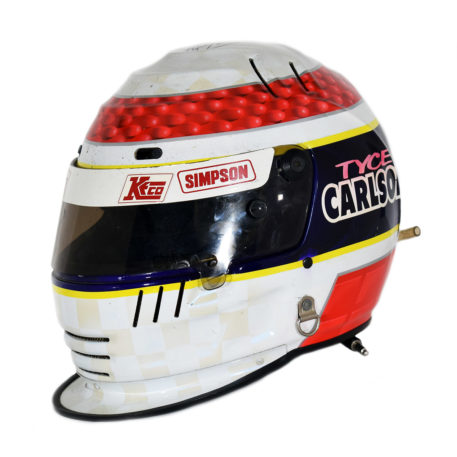 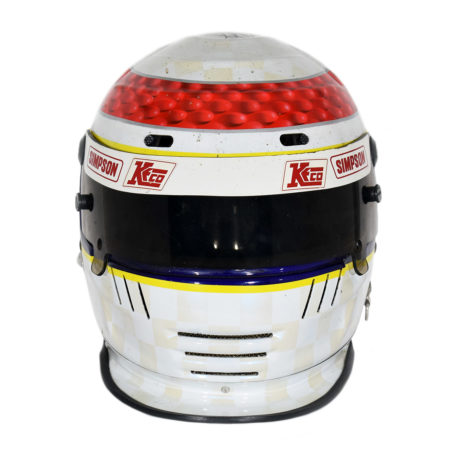 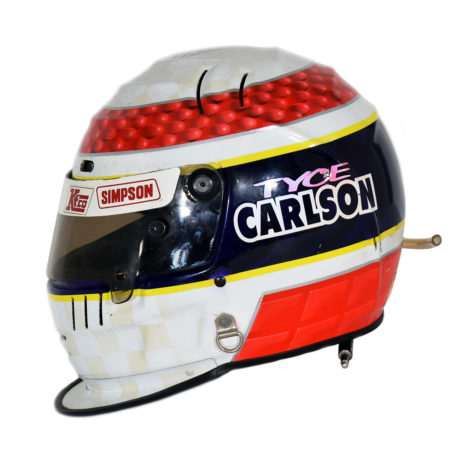 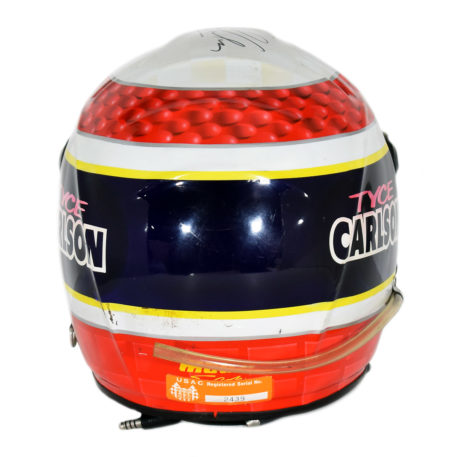 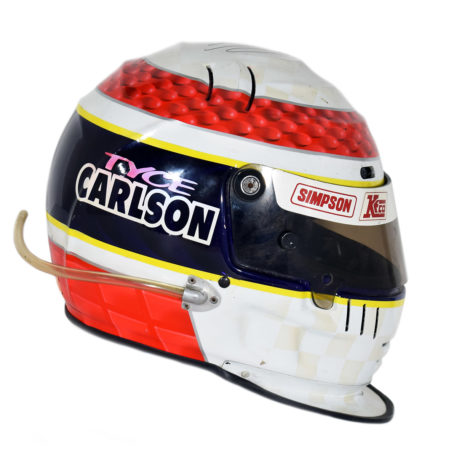 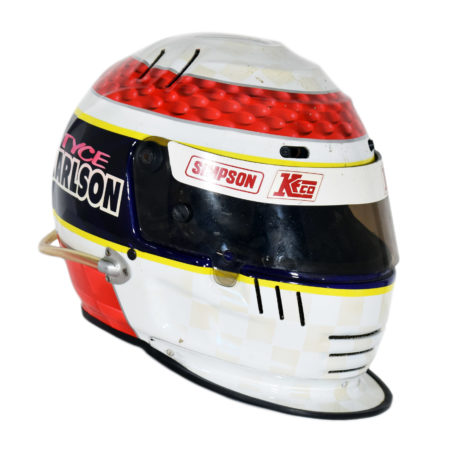 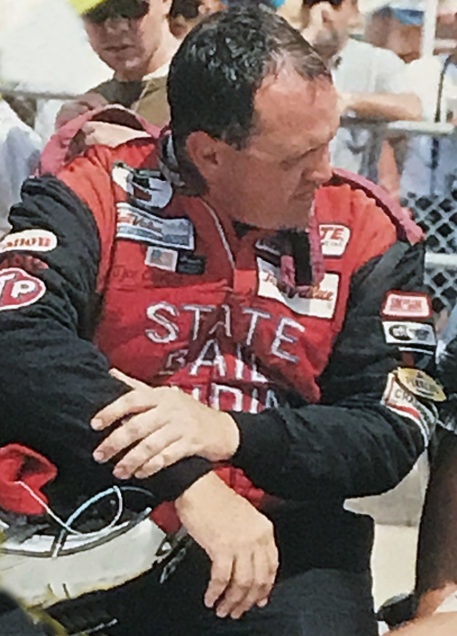 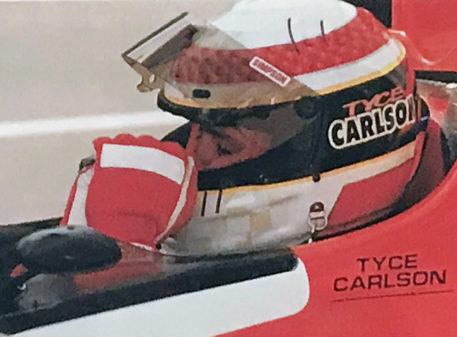 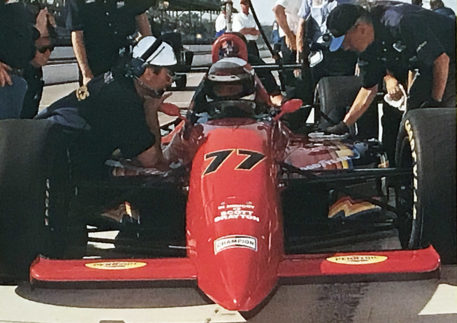 This Simpson helmet was used by Indy Racing League driver Tyce Carlson. He raced in the 1996–2002 seasons with thirty career starts, including two at the Indianapolis 500. Carlson is now a co-owner of a Firestone Indy Lights team.
This helmet was worn by Carlson while trying to qualify for the 1996 Indy 500, this was the first Indy 500 to be sanction by the newly formed Indy Racing League (IRL). The white base color has an airbrushed ‘red ball’ effect band edged with silver pinstripes running around the top. Around the middle is a wide dark blue band, edged in yellow within which is Carlson’s name applied to both sides. The bottom front half of the helmet has fading cream and white checkers. The back half has an airbrushed square effect again edged in silver. The helmet comes complete band as last used by Carlson with original Radio, pop-off valve fitting, and piping and still retains its USAC tech sticker. The helmet has also been personally signed by Tyce Carlson to its top.