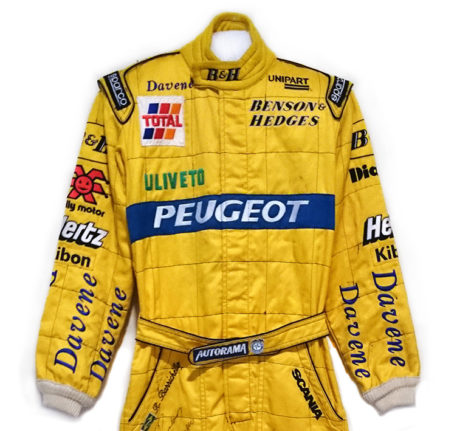 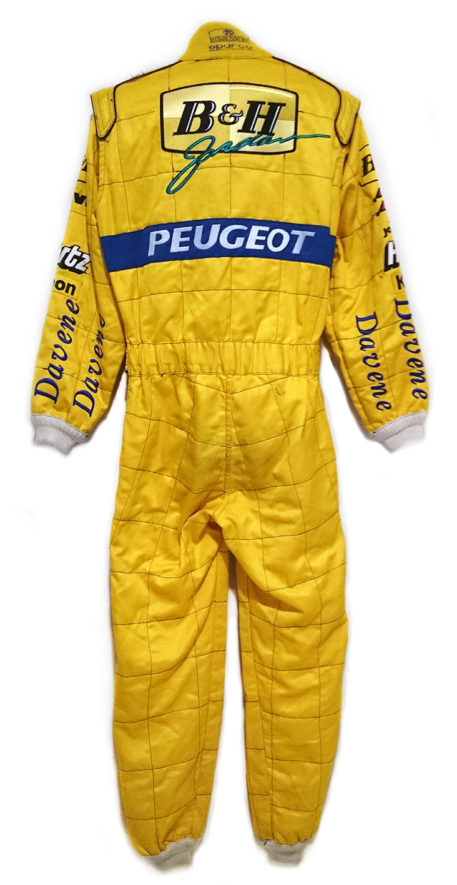 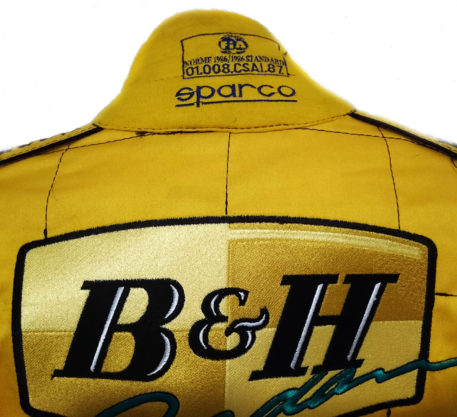 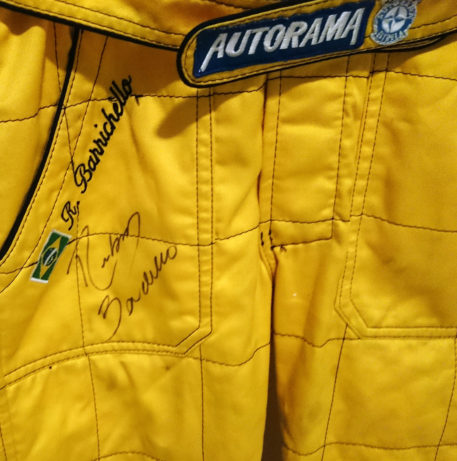 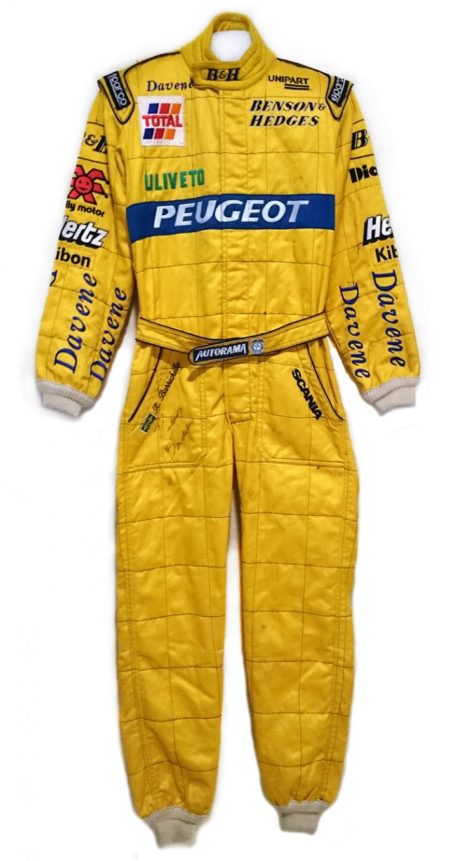 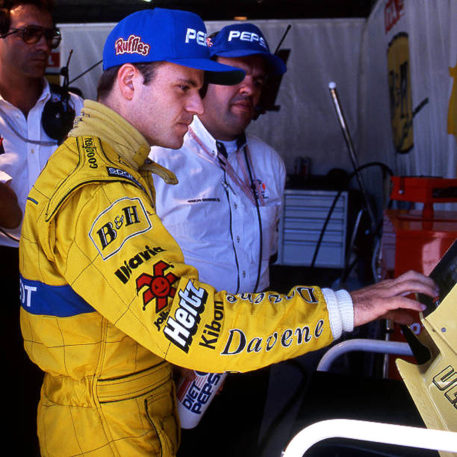 An early season race suit worn by Brazilian driver Rubens Barrichello, used during his third and last season driving for the Benson & Hedges/Total Jordan team. Driving a Peugeot powered Jordan 196 Barrichello had some good results during the 1996  season, having seven top ten finishes. He moved on the following season to join the newly formed Stewart F1 Team.

The brightly yellow colored Sparco suit has the engine supplier Peugeot on a blue band running around the midriff and major sponsors Benson & Hedges/Total logos on the chest and large B&H Jordan logo embroidered onto the back. Many other sponsor/suppliers branding logos are applied to both sleeves.

The suit has also been personally signed by Rubens Barrichello and comes with a full Certificate of Authenticity.