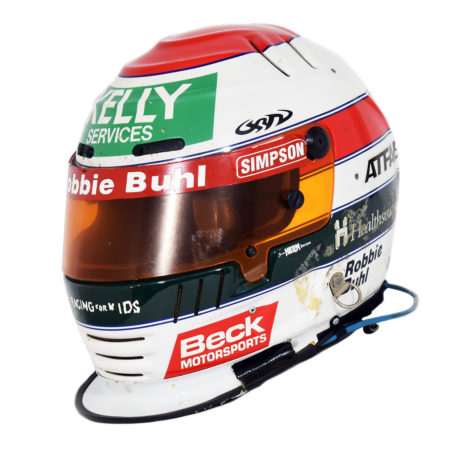 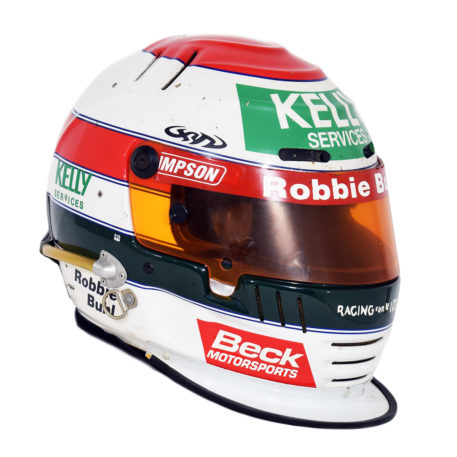 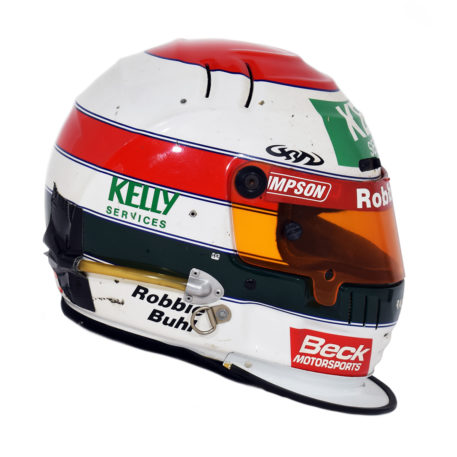 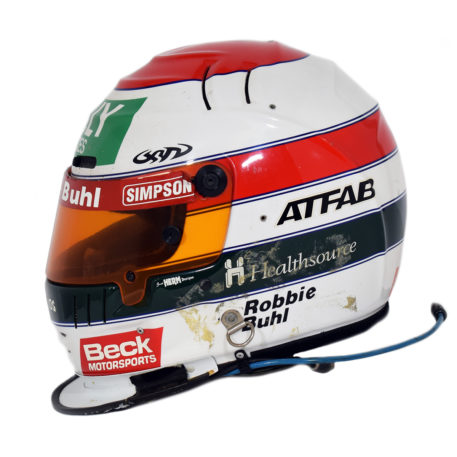 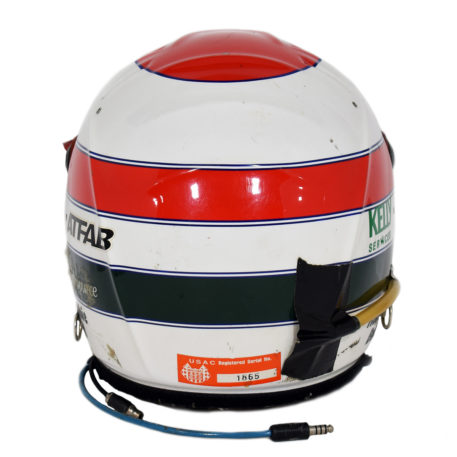 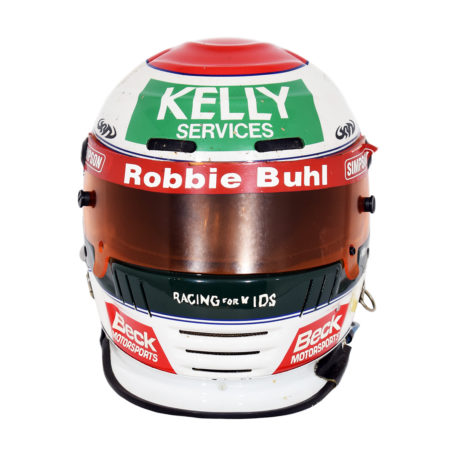 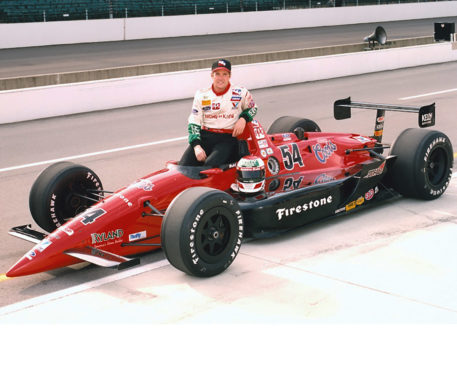 This Simpson helmet was worn by Buhl driving for Beck Motorsports, while competing in the inaugural three race season of the Indy Racing League in 1996. The races were held at Walt Disney World Speedway, Florida, Phoenix International Raceway and for the 80th running of the Indy 500 at the Indianapolis Motor Speedway. Buhl would probably have used this helmet in some capacity in all of these three races. The White helmet panted by Herm, has a red crown edged with a blue pinstripe, a red upper band and a green lower bad both again edged with blue pin-striping. It has sponsorship decals of Kelly Services, ATFAB and Healthsourse. It has Buhl’s charitable foundation “Racing for Kids” lettering on its chin and Becks team logo in is cheeks. The helmet still retains its radio and pop-off valve fitting as well as its USAC tech sticker.

This helmet was part of the Ron Burton collection