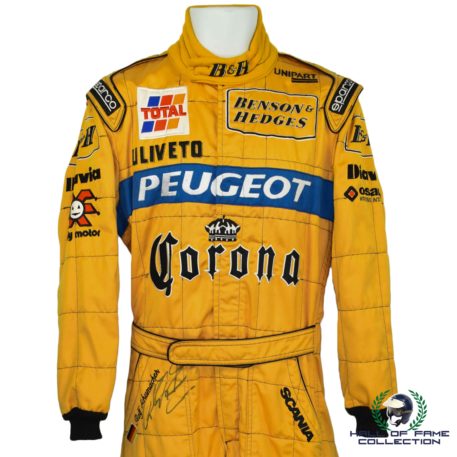 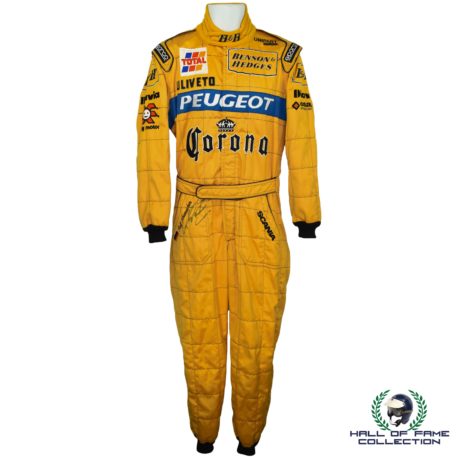 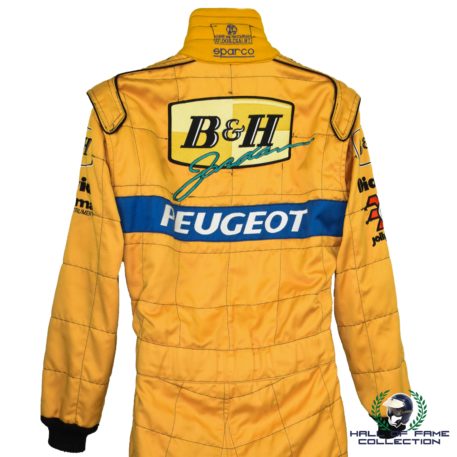 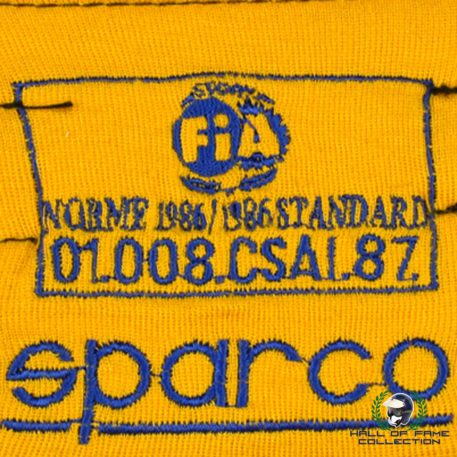 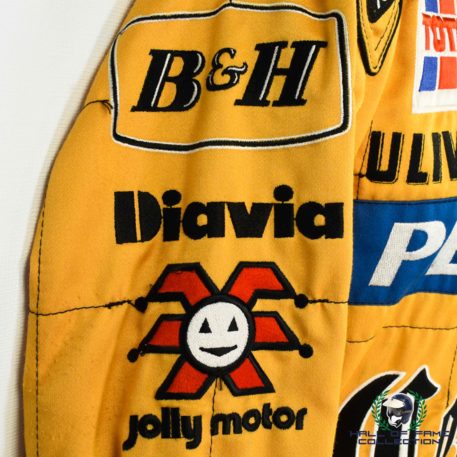 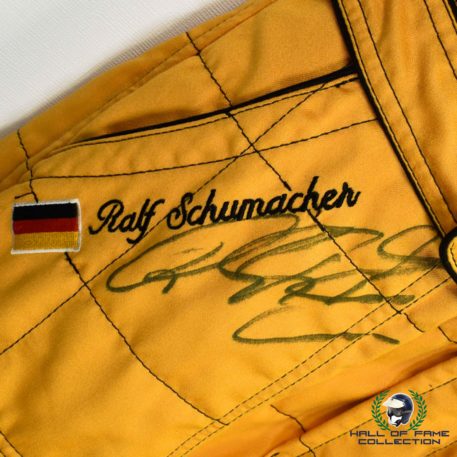 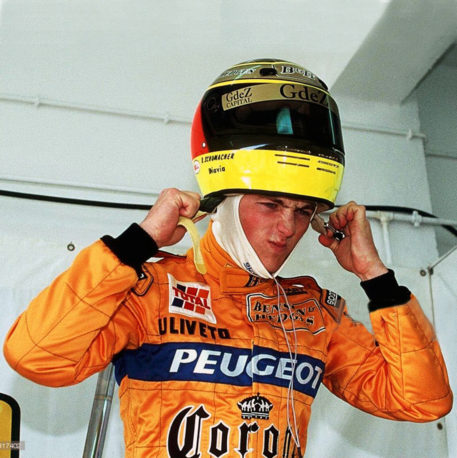 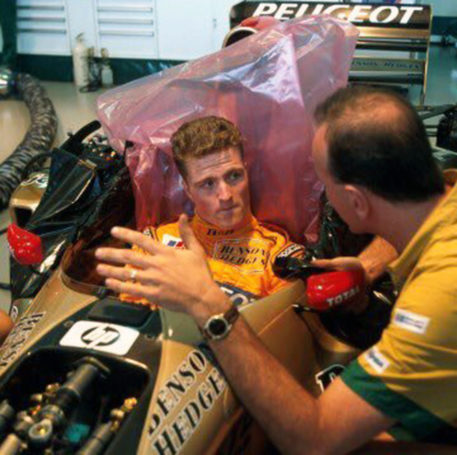 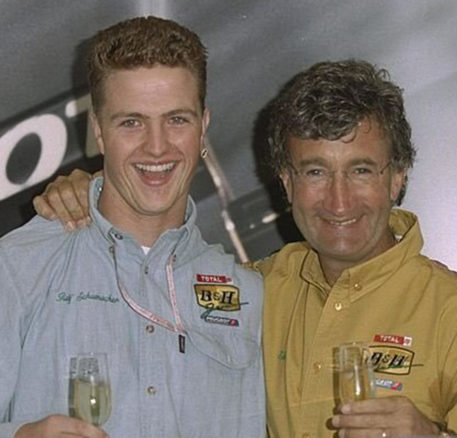 Suit worn by Ralf Schumacher during test sessions while driving a Benson & Hedges Jordan Peugeot 196. Also testing at the same time was former veteran World Champion Nigel Mansell, but manager Eddie Jordan decided he wanted to recruit the younger driver. In 1996, after winning the Formula Nippon series, Ralf Schumacher tested for both the Jordan and McLaren teams. Later it was announced that Schumacher had signed a three-year contract to drive for the Jordan team. The deal was sealed with the help of a further £8 million from Schumacher’s sponsor Bitburger brewery.

Schumacher would go on to be a multi-time Grand Prix winner and on several occasions would outpace his famous brother Michael.
This standout Sparco suit comes in the Jordan team yellow and has the main sponsors Corona Mexican Beer on the midriff and engine suppliers Peugeot on a blue band running around the chest and back. The suit is also personally signed by Ralf Schumacher next to his name on the right leg pocket.