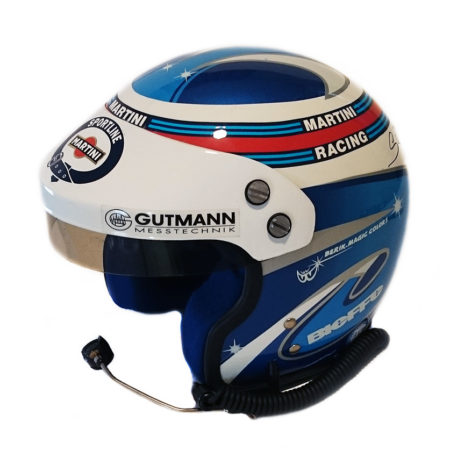 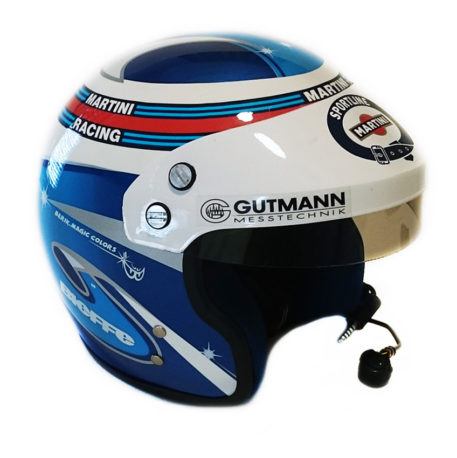 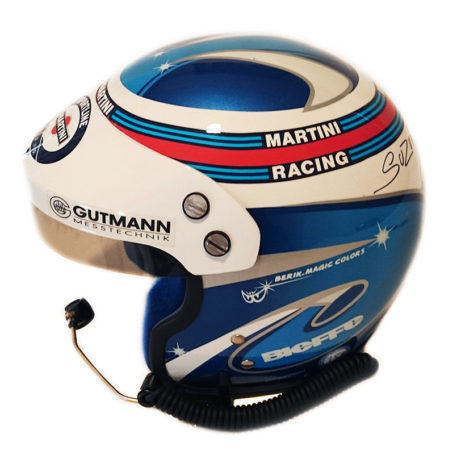 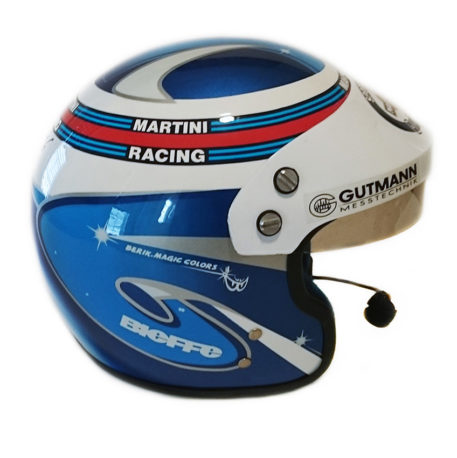 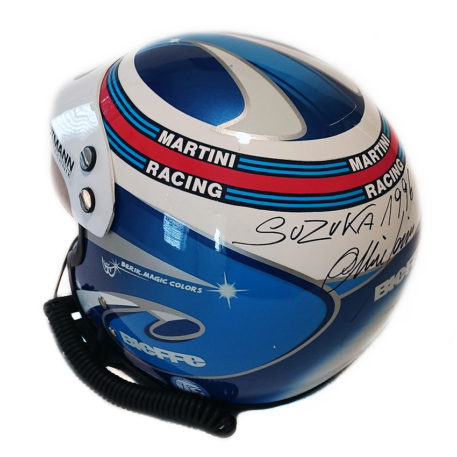 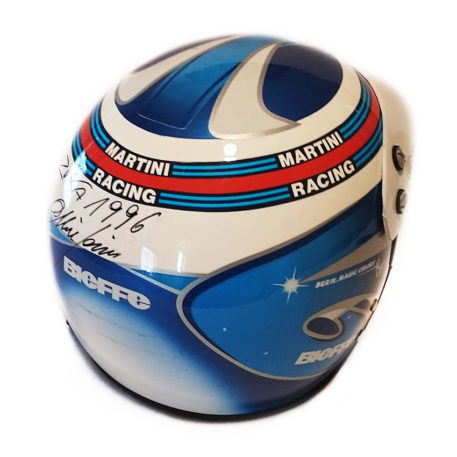 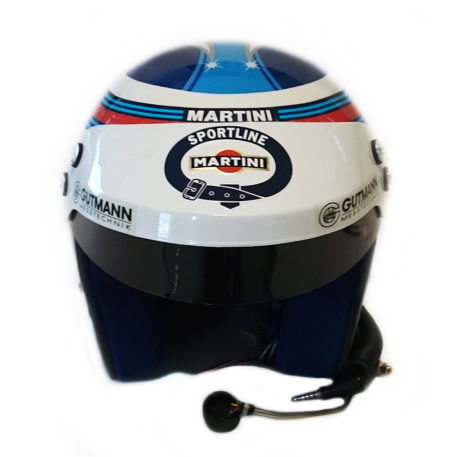 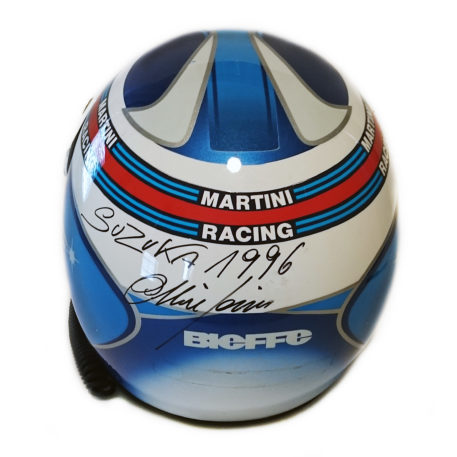 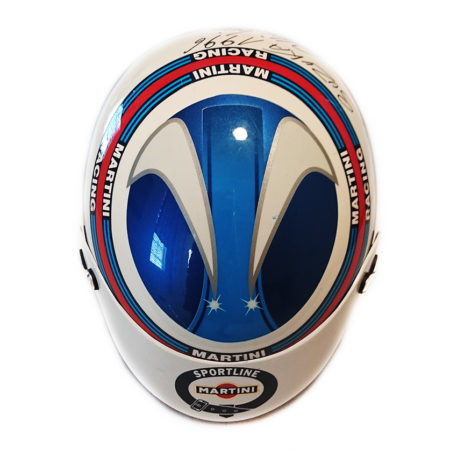 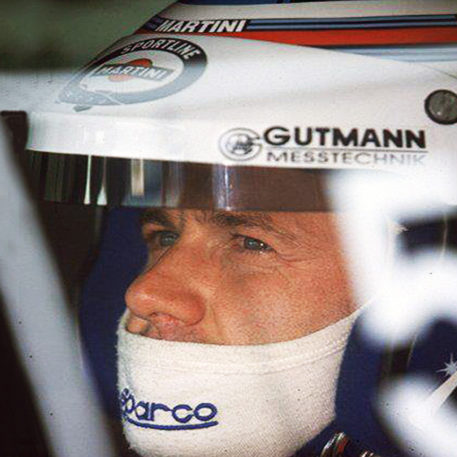 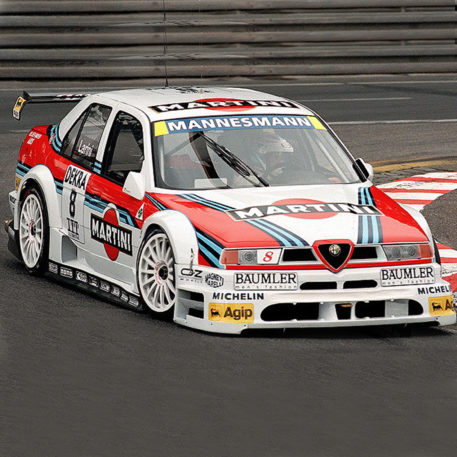 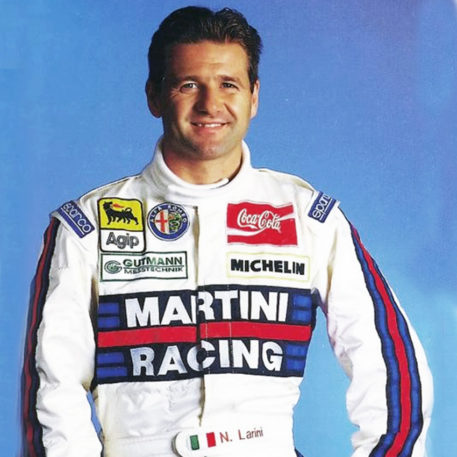 Helmet worn by Italian Nicola Larini while driving the Alfa Romeo 155 V6 Ti for the Martini Alfa Corse Team during the last two races of the 1996 International Touring Car Championship at the Suzuka track in Japan. Larini’s career in racing spanned over 26 years and included stints in Formula 3000, Formula One and many different Touring Car Championships.

The Bieffe helmet has paint work by Berik Magic Colors and features the iconic black, red and blue Martini Racing stripes around the helmet. It also has an airbrushed blue, edged in silver, graphic on the top and the bottom half of the helmet, with white base.

The helmet has been personally signed, dated and race documented by Nicola Larini and comes with a full Certificate of Authenticity.