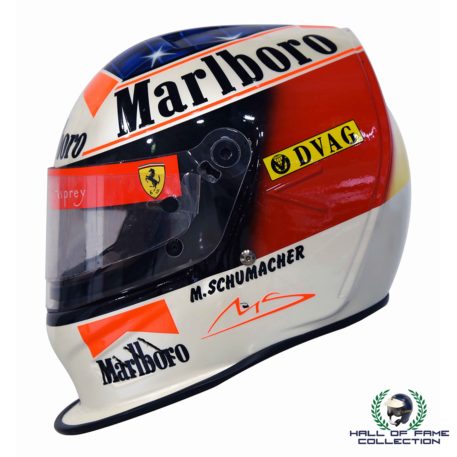 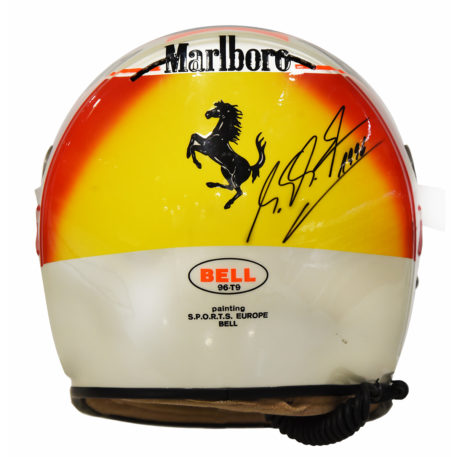 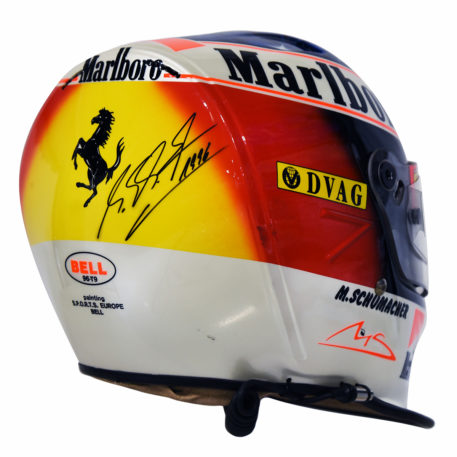 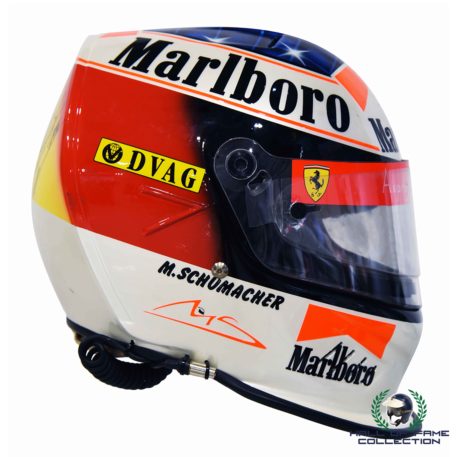 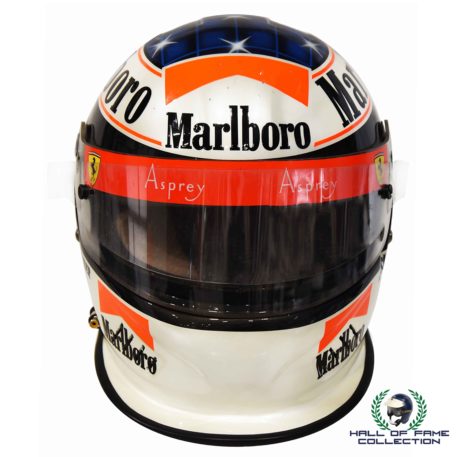 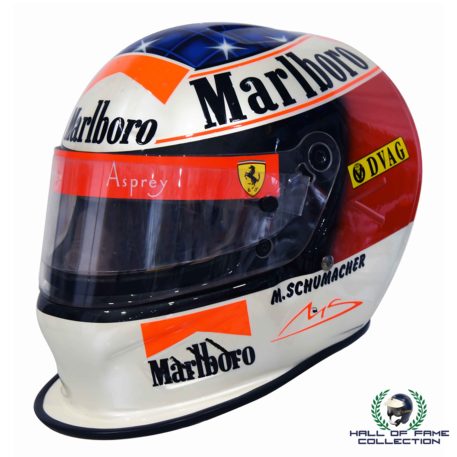 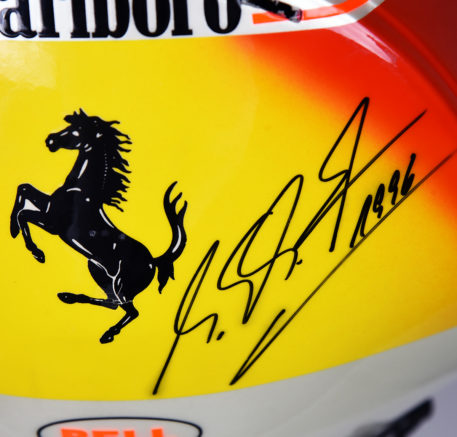 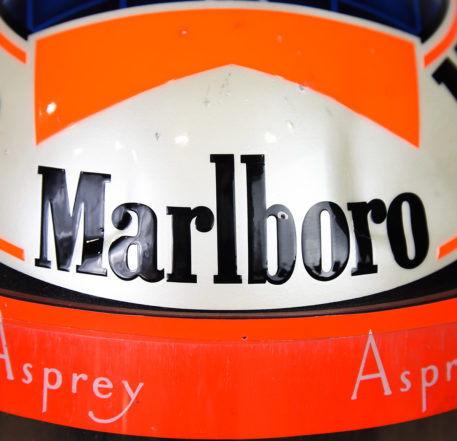 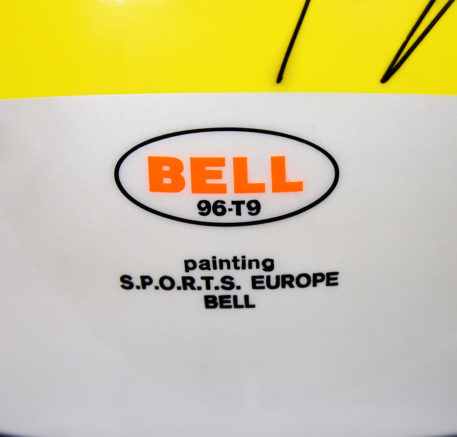 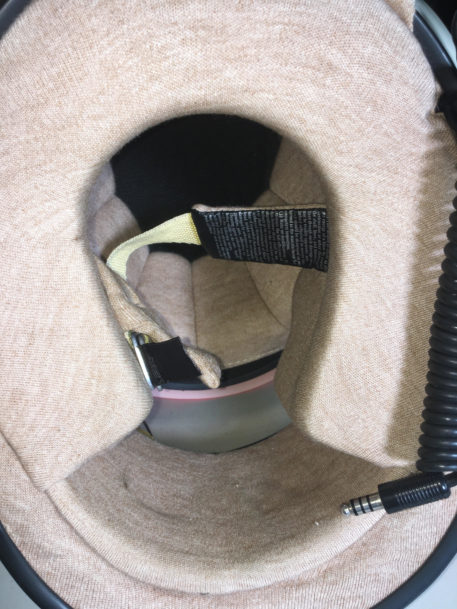 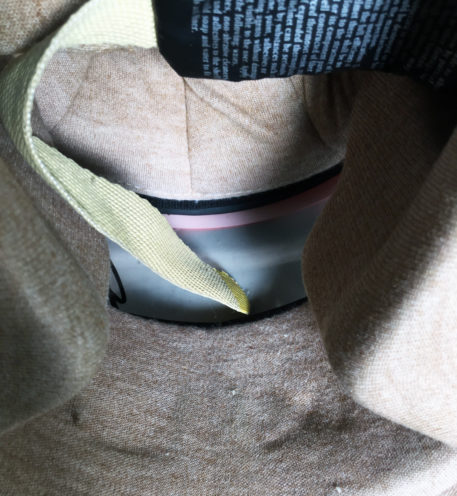 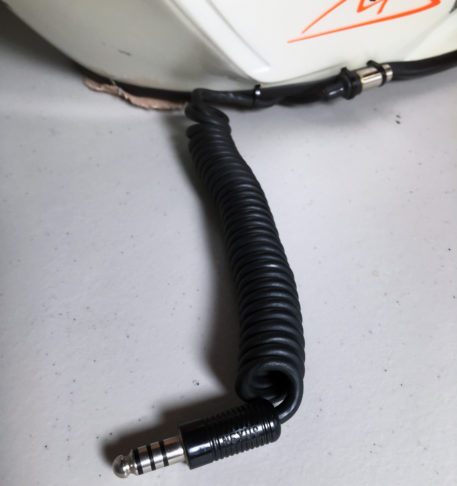 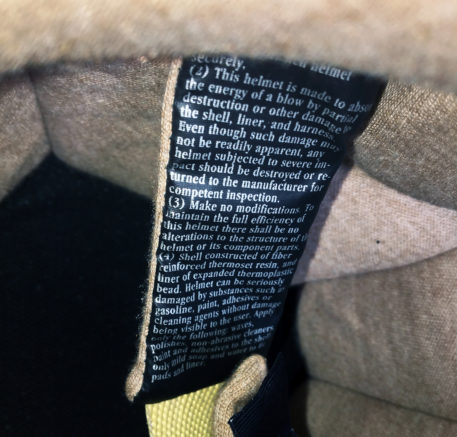 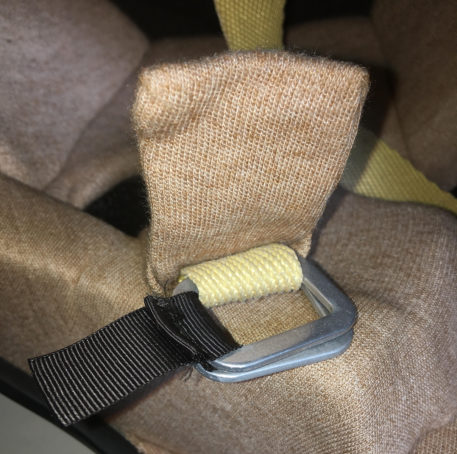 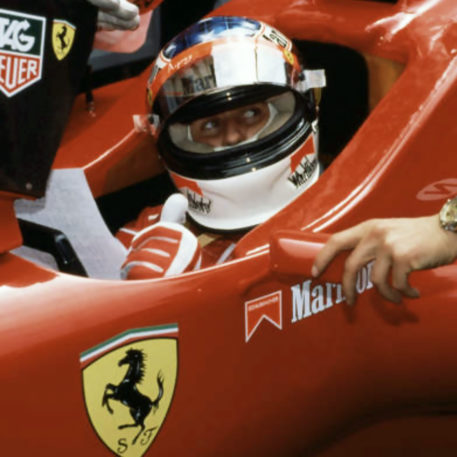 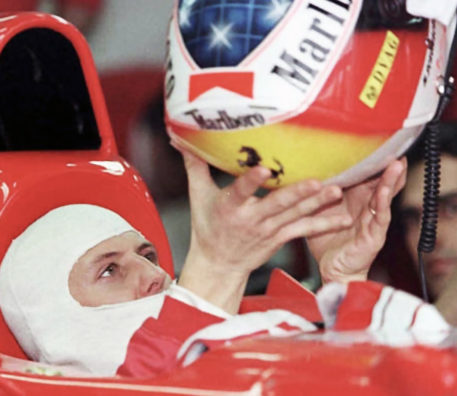 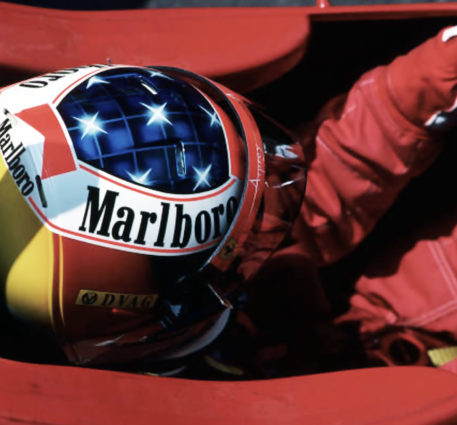 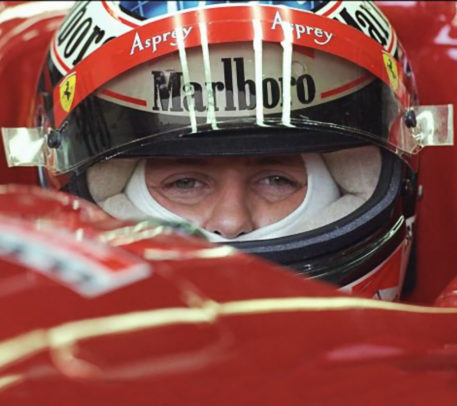 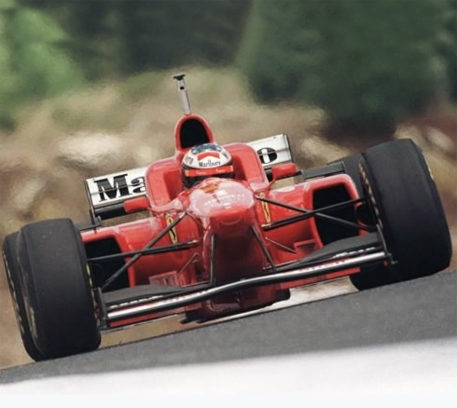 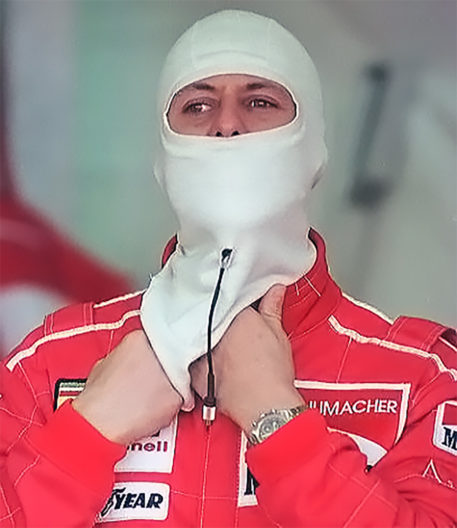 In 1996 Schumacher was coming off back-to-back Championships while driving for the Benetton team when he was signed by Scuderia Ferrari for the 1996 season. Schumacher was enticed by the Maranello organization with an eye to reviving its fortunes as previous year’s results had been poor with the team last winning the Drivers’ Championship in 1979 and the Constructors’ Championship in 1983. The team also recruited designer Rory Byrne and Technical Director Ross Brawn who, along with Schumacher, has been credited with turning the once-struggling team into one of the most successful teams in Formula 1 history winning five World Championship titles in the process.

The stunning rare Bell Feuling helmet, named after it’s designer Jim Feuling was used during testing in 1996. It has a fantastic original Schumacher paint job and is a huge part of the story of the beginning of success for both Schumacher and Ferrari.

Schumacher would first drive a 1995 Ferrari 412 T2 and was a full two seconds faster than former regular drivers Jean Alesi and Gerhard Berger. This particular helmet was used by Schumacher as he tested and refined the Ferrari F310 and F310B machines. This is indicated by the Bell Helmet I.D. number on the back of the helmet which reads 96-T9 with the ‘T’ in the digits representing ‘Test’.

The helmet has Schumacher’s iconic Ferrari design with black, red, and yellow wide fade bands encircling the helmet representing Schumacher’s home nation colors. On the back, in the yellow section, is the Scuderia Ferrari iconic black ‘Prancing Horse’ logo, and in the red section is a DVAG branding logo decal. The blue graphic design on its top has seven stars around its edge and one in the center. Dividing these two motifs is a white band with orange pin-striping that has the Marlboro chevron logos and lettering within the band with Marlboro being Ferrari’s main sponsor at the time. The bottom third is in white and also has Marlboro chevron logos on its cheeks, with Schumacher’s name and logo on both sides. The visor has a Ferrari/Asprey red sun strip and also has tear-offs still attached. The helmet also has its radio fittings still installed. Michael Schumacher has personally signed the helmet on the back where he has documented the year “1996”.

This represents a very rare opportunity to add a helmet to your collection which was worn by a driver who many consider one of the greatest, if not the greatest, driver in the history of Formula 1.