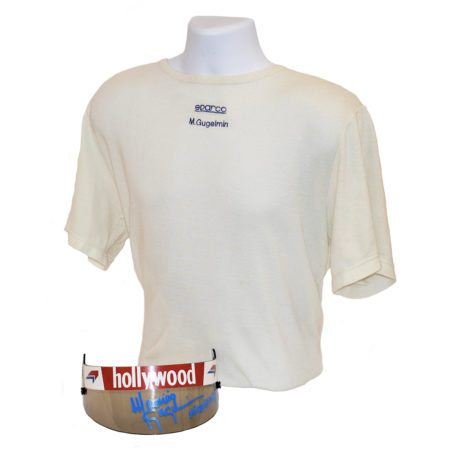 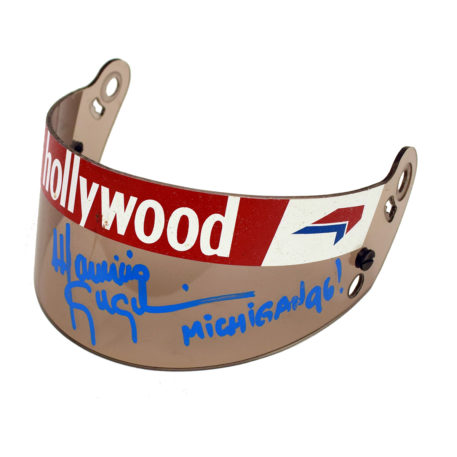 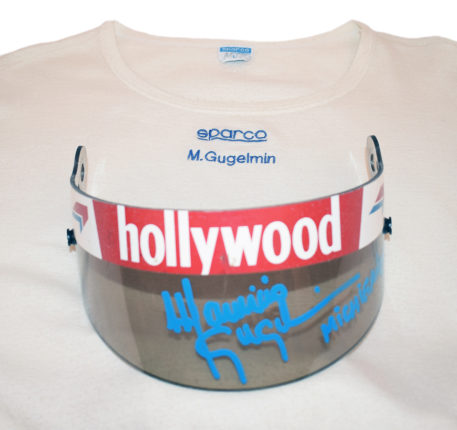 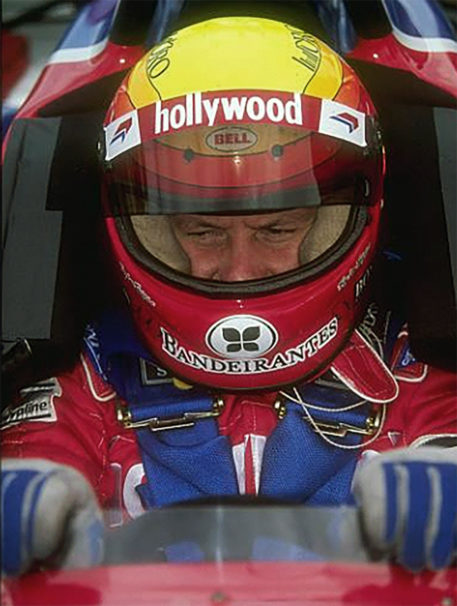 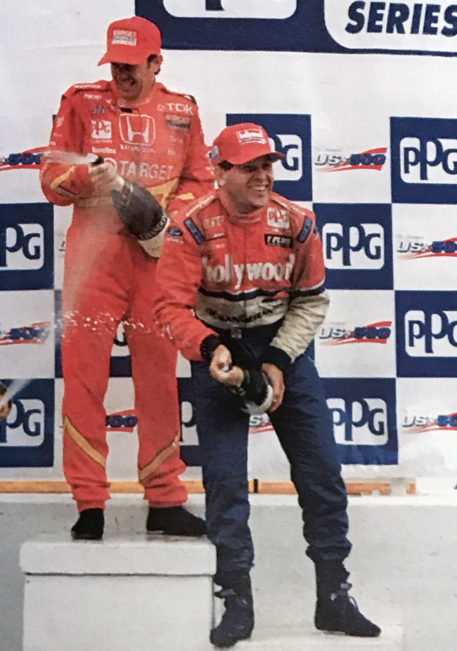 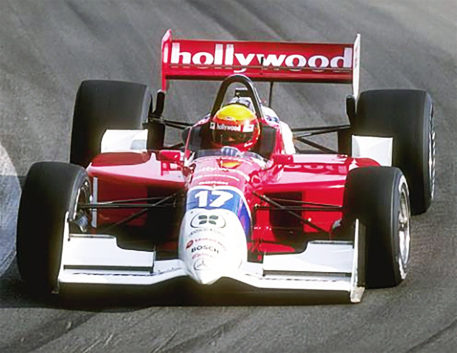 Visor and Nomex undershirt worn by Brazilian driver Maurício Gugelmin while driving for the PacWest Racing team during the 1996 CART IndyCar season. The visor was used by Gugelmin while earning a second-place finish at the 1996 U.S. 500 at the Michigan International Speedway. The Sparco undershirt Was also race-worn and has ‘M. Gugelmin’ embroidered on the shirt. The visor comes personally signed by Maurício Gugelmin and is race documented and dated with a blue pen.

This set comes with a full Certificate Of Authenticity 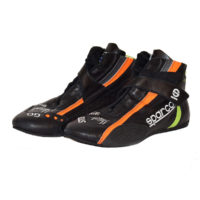