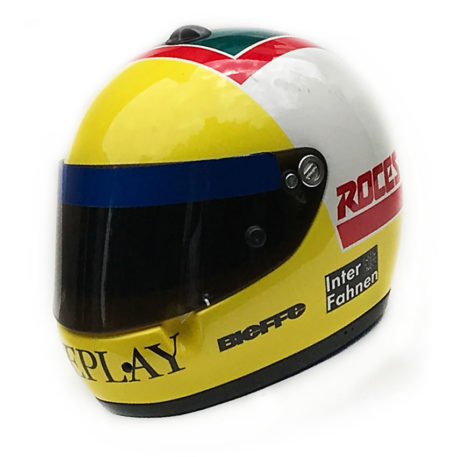 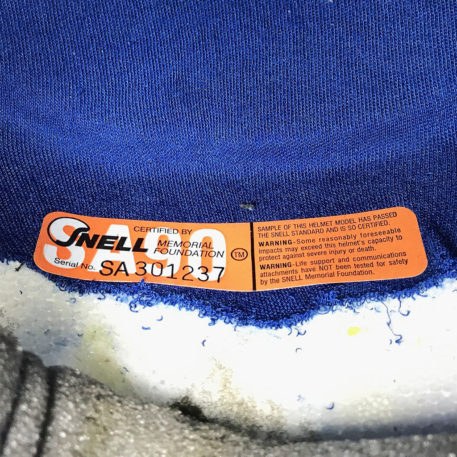 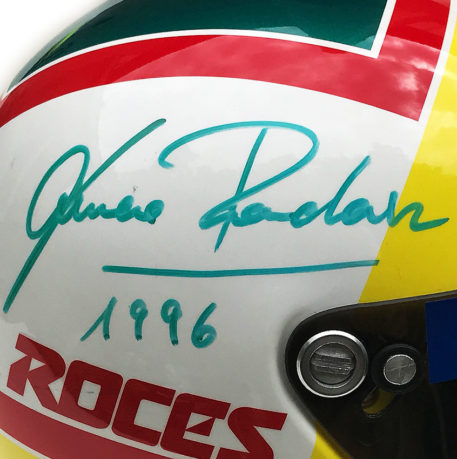 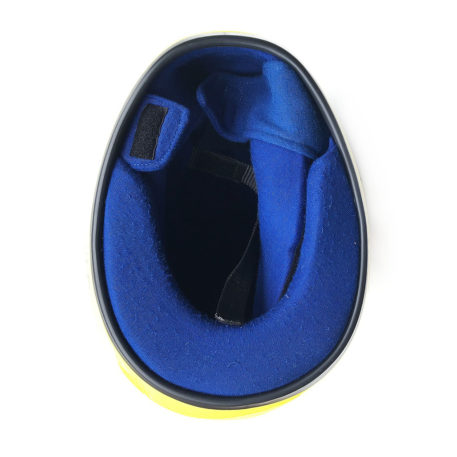 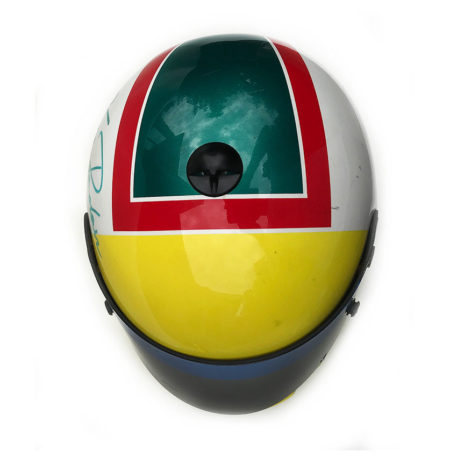 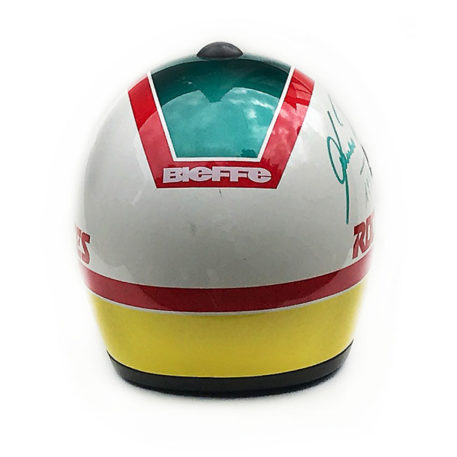 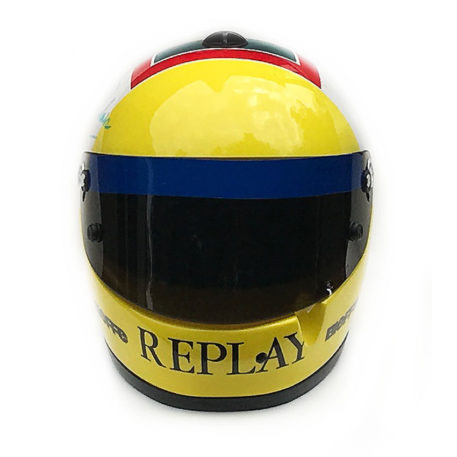 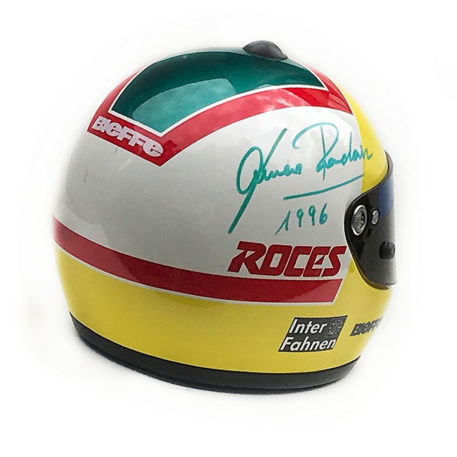 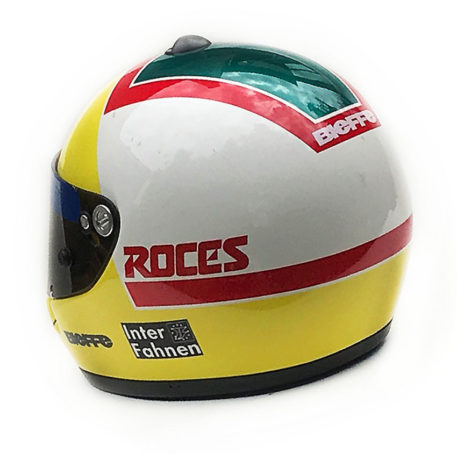 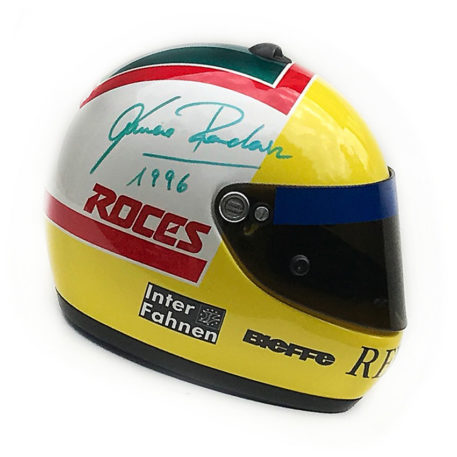 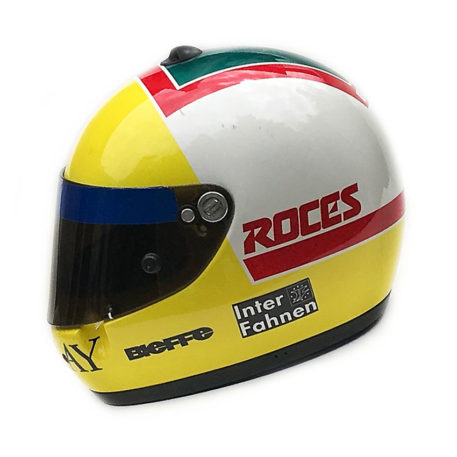 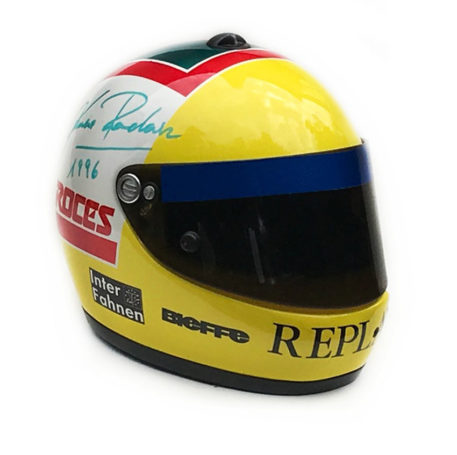 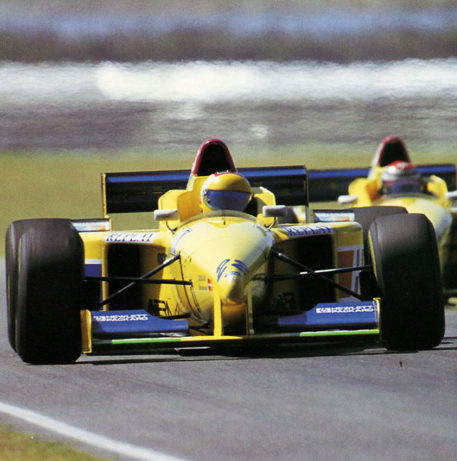 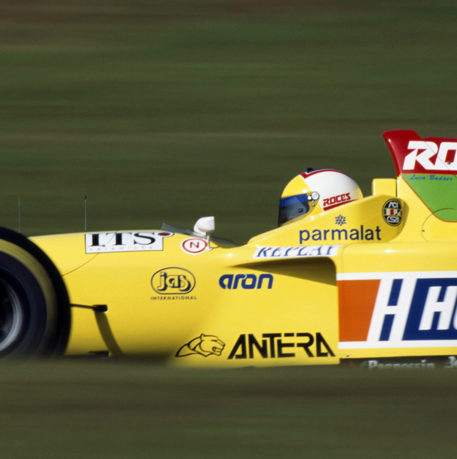 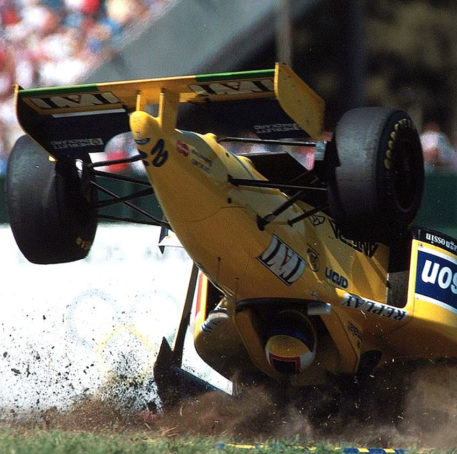 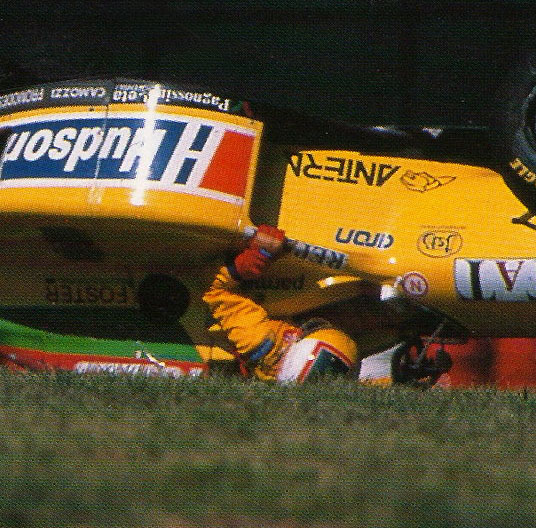 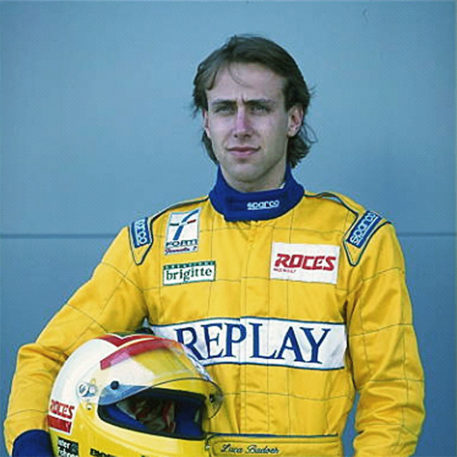 Italian race driver Luca Badoer used this helmet during the first few races 1996 Formula 1 season driving in his one and only year for the Forti Corse Racing Team. Due to the uncompetitiveness of the Forti FG01B car, Badoer was only able to qualify for six of the ten races the team entered. In the Argentine Grand Prix Badoer was involved in a heavy collision with Pedro Diniz, whose Ligier struck him from behind and flipped his Forti upside down. Fortunately He emerged from the collision unscathed.

This helmet is believed to be the one worn in the crash as it matches ones seen in photos and videos of the accident (please see pictures below).

Video of the crash can be seen here: https://www.youtube.com/watch?v=0TZyTO_MN3k

The Bieffe helmet has three quartered yellow paint work with a red narrowing square that has a green centre to the top. On the white upper back half is a red stripe and team sponsor Italian skate manufacture Roces logo to both sides. The visor has a blue strip and there is a drinks tube hole in the drilled into the chin between the replay sponsorship logo.

Luca Badoer has prominently signed and dated the right of the helmet in green marker pen and it comes with a full Certificate of Authenticity.