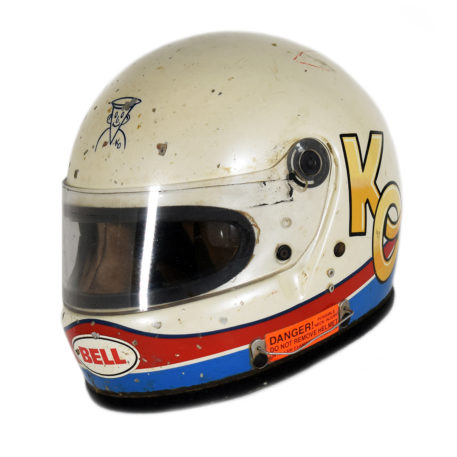 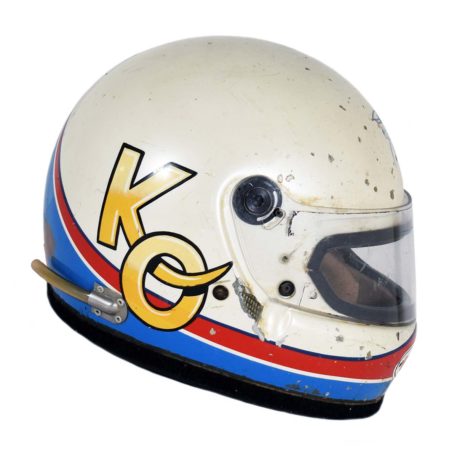 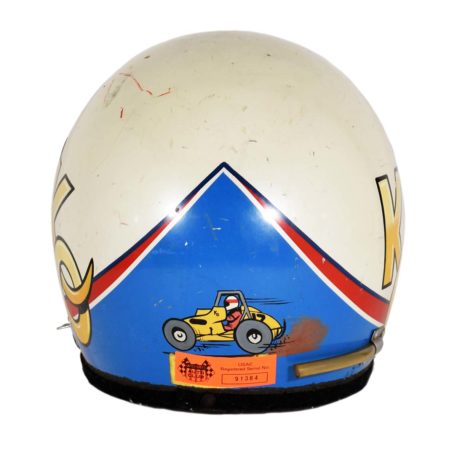 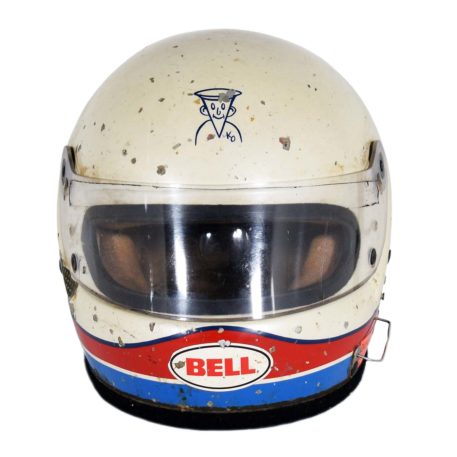 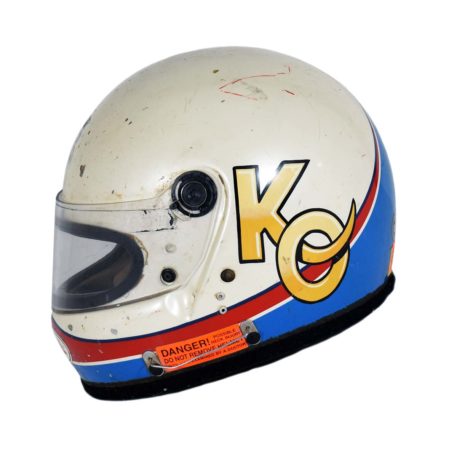 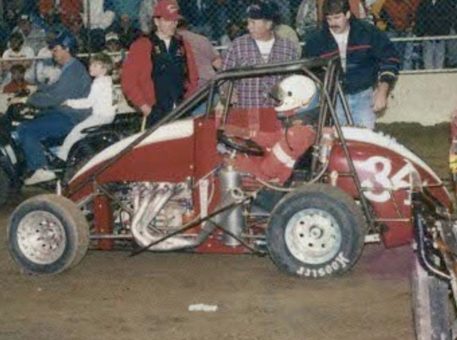 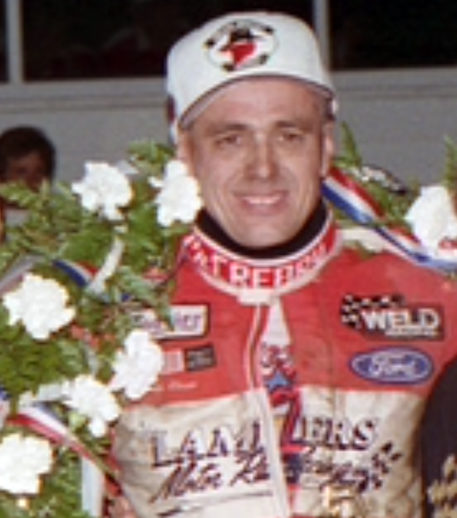 Helmet used by popular USAC Midget Car star Kevin Olson. In a career spanning almost fifty years, Olson won USAC National Midget Championships in 1982 and 1987 and captured 23 victories during his USAC career. Among his many victories, he scored wins in the 1983 Turkey Night Grand Prix and the 1996 Hut Hundred. He is a five-time Badger Midget Auto Racing Association (BMARA) Champ and also won the prestigious ‘Pepsi Midget Nationals’ five times. Olson is still racing but has more recently been more involved in Motorsports broadcasting and works for the team at the Indianapolis Motor Speedway. Kevin was inducted into the National Midget Auto Racing Hall of Fame in 1997. The helmet has been photo-matched to the one used at the 1996 ‘Chilli Bowl’ at the Tulsa Expo Centre.

This helmet comes from the famous Ron Burton Collection. The helmet is one of 170 helmets which were on display at the famous Union Jack Pub in Speedway (Indianapolis) Indiana. Ron Burton is a famous artist who often traded his paintings with drivers for one of their helmets. We are proud to offer this unique collection of many one-of-a-kind helmets and artwork.