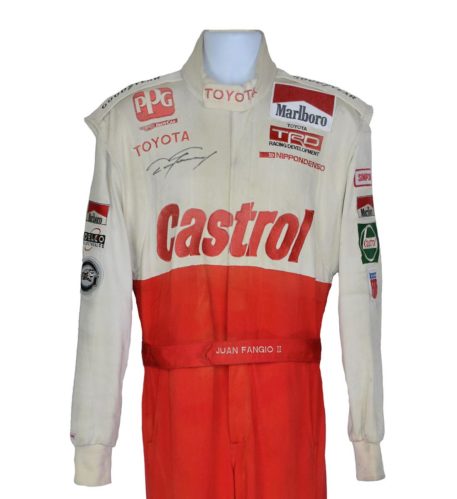 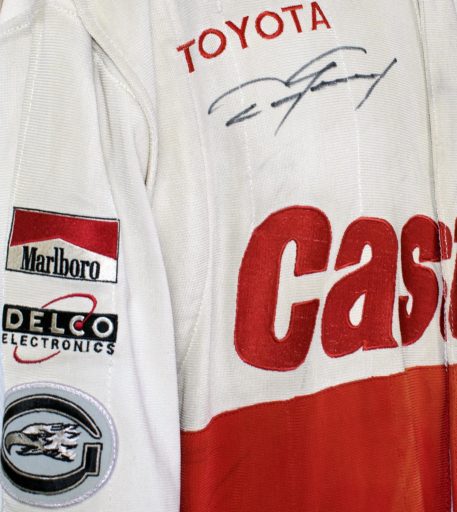 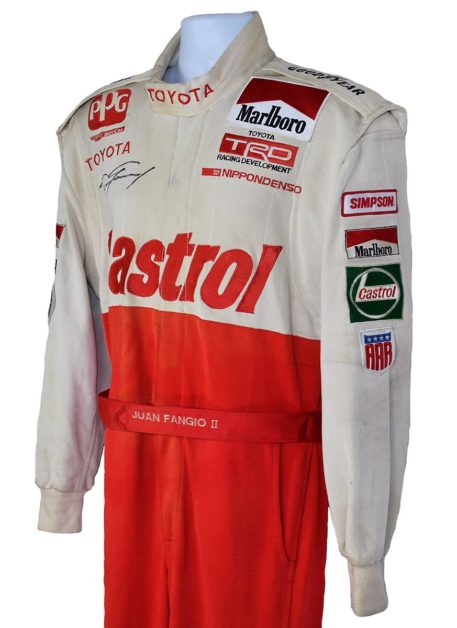 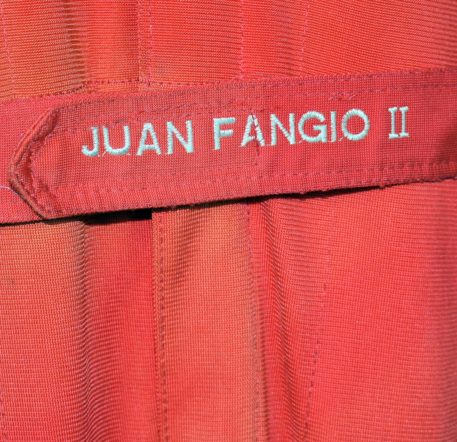 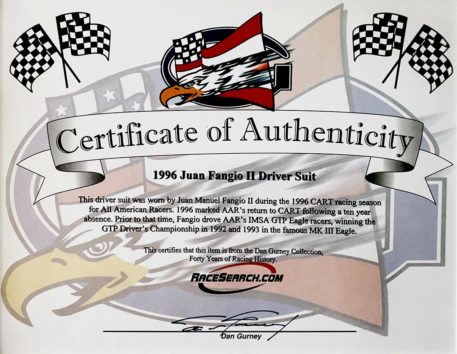 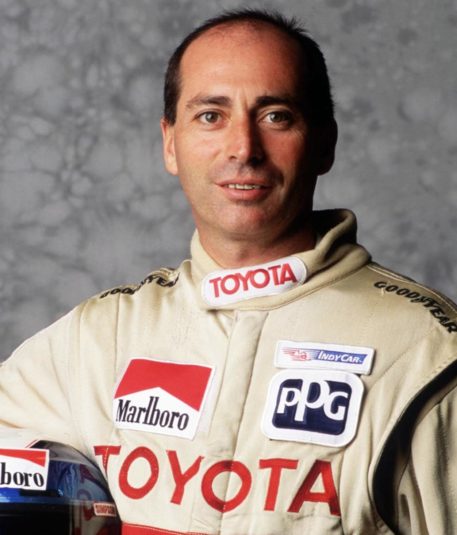 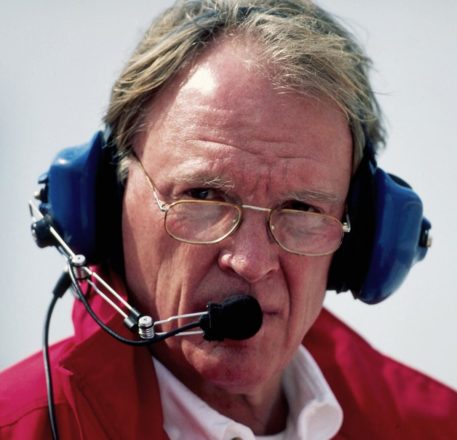 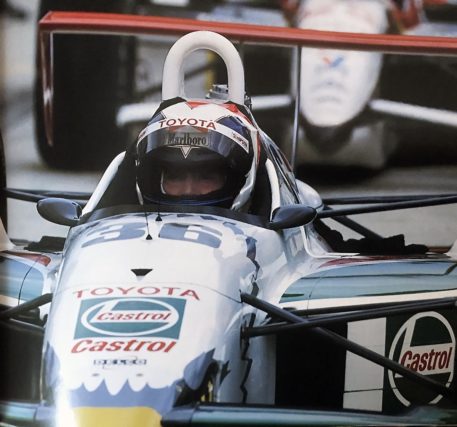 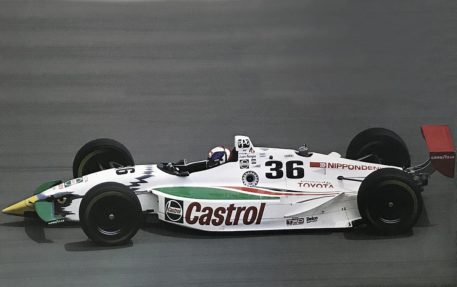 Simpson race suit worn by Argentinian racing driver Juan Manuel Fangio II. After five very successful seasons driving for Dan Gurney’s All American Racing Team in the IMSA Sportscar series, where he won two championships, Fangio II decided he would try his hand driving in the CART Indycar Series. After four races with the Pac-West team his old boss Dan Gurney signed him to drive for his returning AAR team for the 1996 season after a long hiatus, using their own Eagle chassis and new Toyota engines. Fangio II would return for the following ’97 season but would eventually decide to retire from competitive racing at the season’s end.

This suit was worn during the 1996 season. Its upper torso and arms are in white with the rest of the suit being in red from the midriff down. It carries the red lettering of the team’s major sponsor Castrol across the front and back of the suit. On the upper chest there are embroidered logos for Toyota and their racing division, as well as PPG CART IndyCar and NipponDenso logos. A Marlboro chevron patch has been added to the top left shoulder. Both arms have sponsor/supplier branding logos that include Delco, Castrol, and Marlboro. There are also the team Eagle (right) and AAR (left) patches on each arm. Juan Fangio II name is embroidered on the waist belt.

This suit was acquired from Dan Gurney’s personal collection, and the racing legend and AAR team owner has personally signed the suit on its right chest.