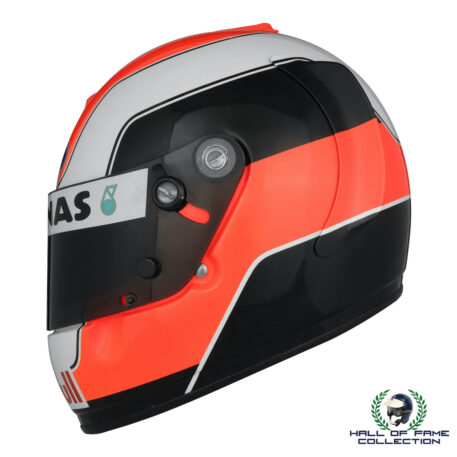 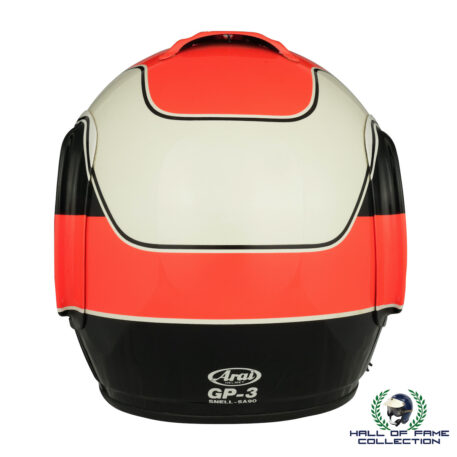 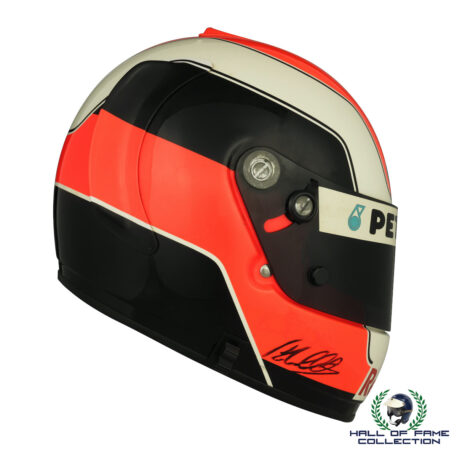 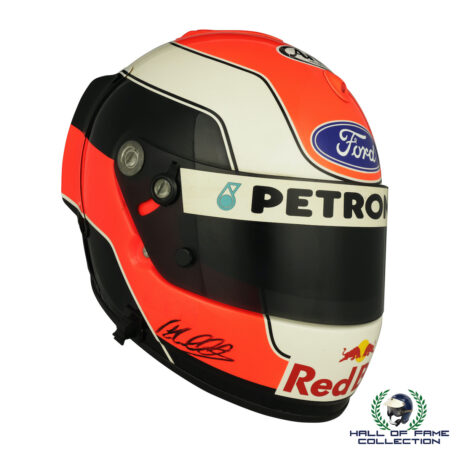 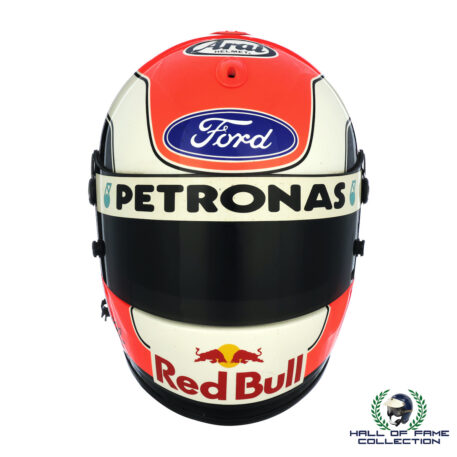 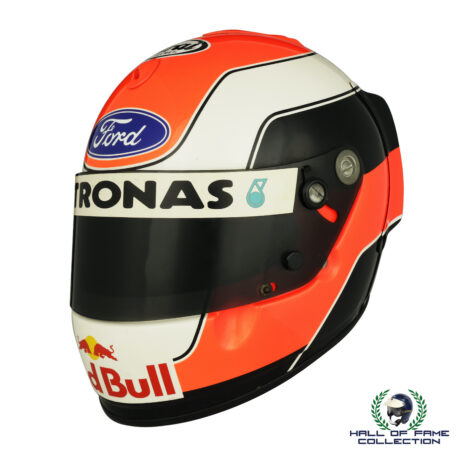 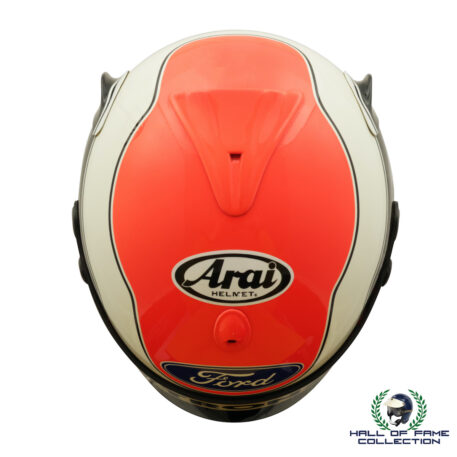 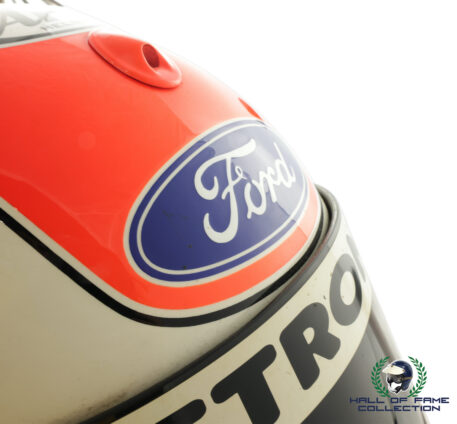 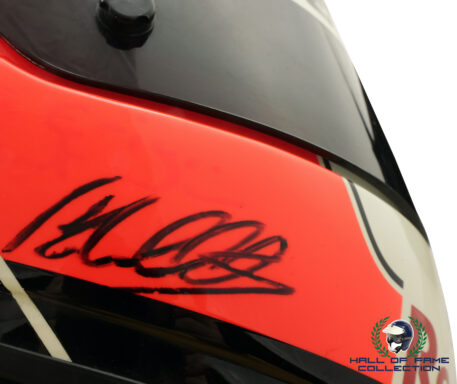 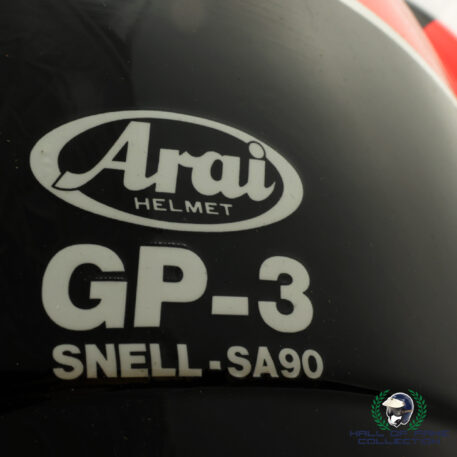 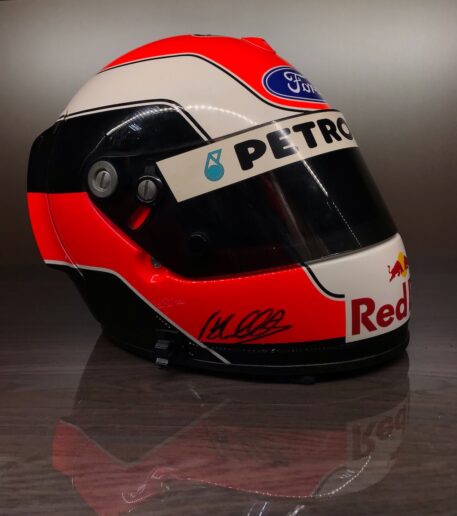 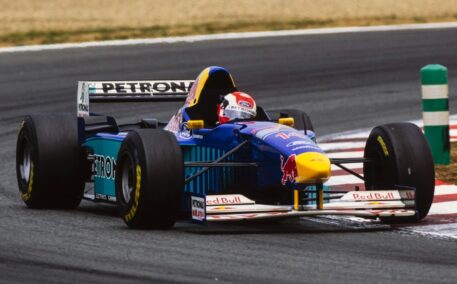 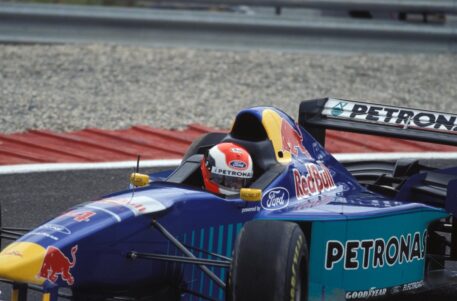 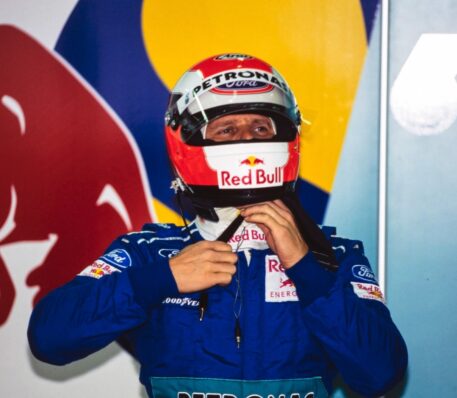 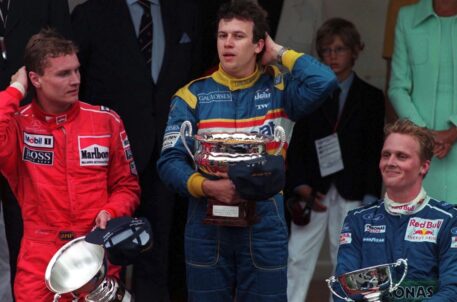 Driving for Benetton in 1995 where he partnered Michael Schumacher, Herbert would go on to win two races in Silverstone and Monza respectively. He then went on to drive for the Swiss team, Sauber, from 1996 to 1998, scoring two further podium places. The first of the two being in the 1996 Monaco Grand Prix and the other being in the 1997 Hungarian Grand Prix. That year would be the only of his three seasons at Sauber where Herbert would score several times, finishing  4th twice (Argentina and Belgium), 5th on two further occasions (Spain and Canada) as well as 6th in Japan. Moving to Stewart Grand Prix in 1999 saw him score his third and final Grand Prix win. That rain-affected European Grand Prix was considered to be the most exciting race of the season, as well as the Stewart Team’s only Grand Prix win.

The helmet is signed by Herbert in black marker pen on the right side just below the visor.