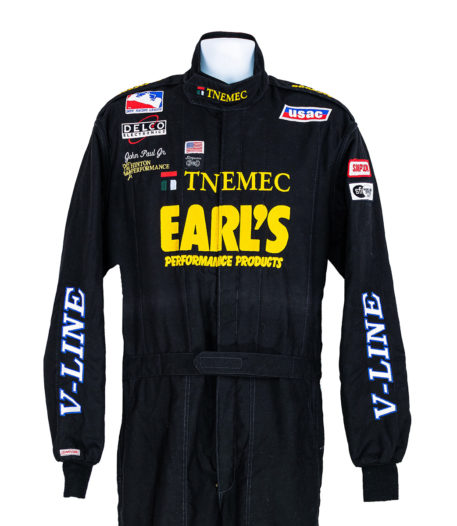 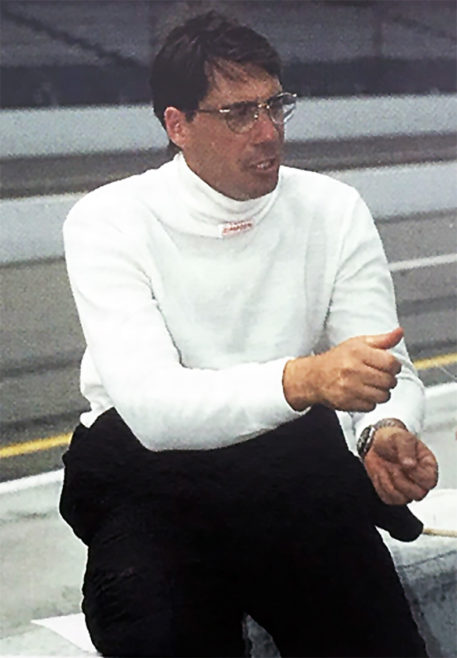 Suit worn by American driver John Paul Jr. He competed in both the CART and the Indy Racing League IndyCar series, but raced primarily in the IMSA GT Sportscar Championship, winning the title in 1982. During his career, Paul Jr. was twice the winner of the 24 Hours of Daytona and also had a win at the 12 Hours of Sebring. Paul Jr. also had two race victories in IndyCar as well as many top-five finishes.

This Simpson suit was used during the three starts Paul Jr. had with the PDM racing team, in the 1996 IRL season The all-black suit has team sponsors Tnemec and Earls lettering in yellow on the front of the suit and the Tnemec logo also appears on the back of the suit. Earls V-Line lettering is also embroidered on both arms. On its chest are USAC and IRL patches along with Paul Jr’s. name.

John Paul Jr. race-used items are scarce and rarely come on to the market so don’t miss out on adding this to your collection today.