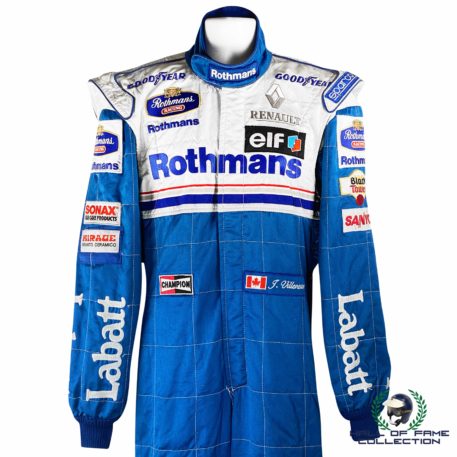 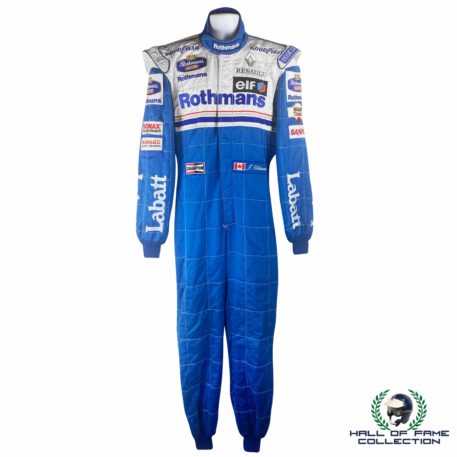 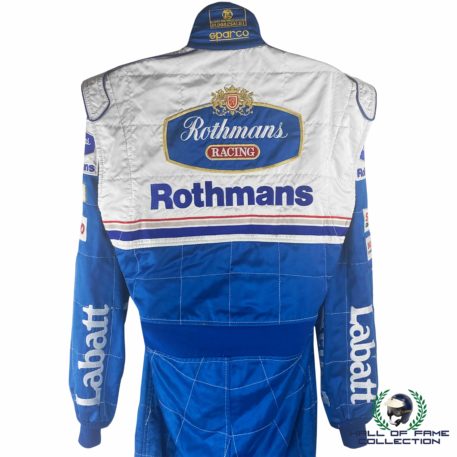 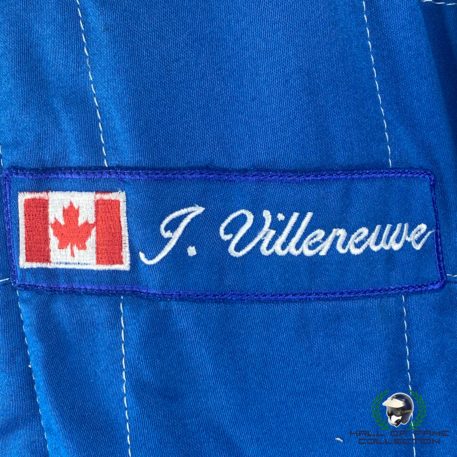 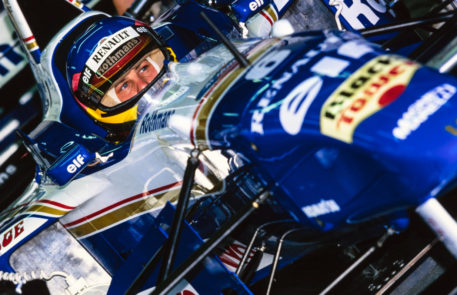 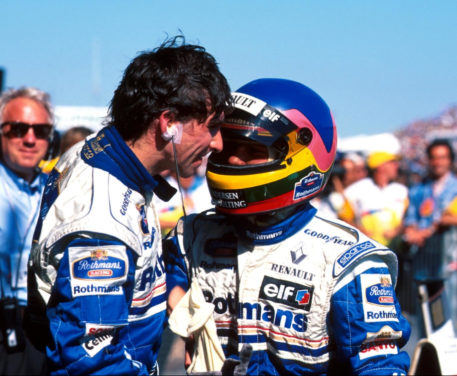 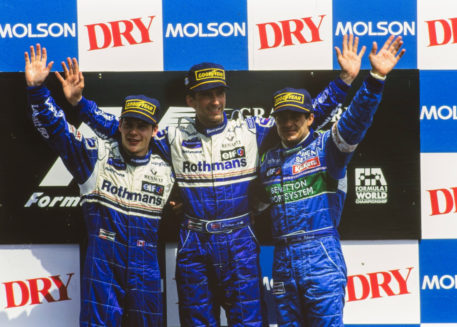 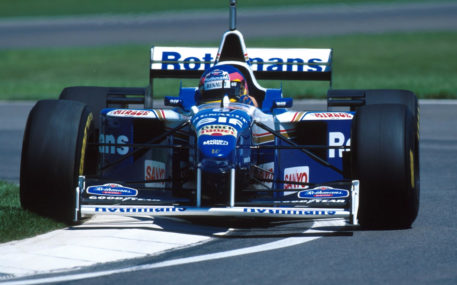 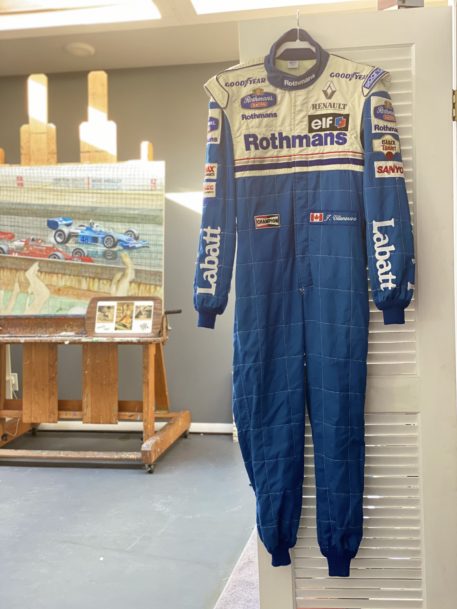 Race-used Sparco suit worn by Jacques Villeneuve in his first season in Formula 1 while racing for the Rothams Williams Renault team. Villeneuve had a dramatic start to his F1 career by qualifying on pole in Australia in his first F1 race. All was going perfectly well as the Canadian was leading the race. But his car developed an oil leak so the team told him to back off out of concern, which resulted in him finishing the race in second place to teammate Damon Hill. Villeneuve would score his first fastest lap on that day as well, making his debut in F1 a fantastic one to say the least.

Villeneuve wasn’t going to be denied his first win for very long though. At the fourth race of the season Jacques would achieve that milestone in the GP of Europe at the Nurburgring.

Villeneuve would go on to have a great first season netting a total of 4 wins,  3 poles, 6 fastest laps and 11 podiums on his was to a solid second place in the Drivers Championship, finishing just 19 points behind the much more experienced Damon Hill.

This historic Sparco suit comes straight from Jacques Villeneuve’s personal collection and would make a great addition to yours.