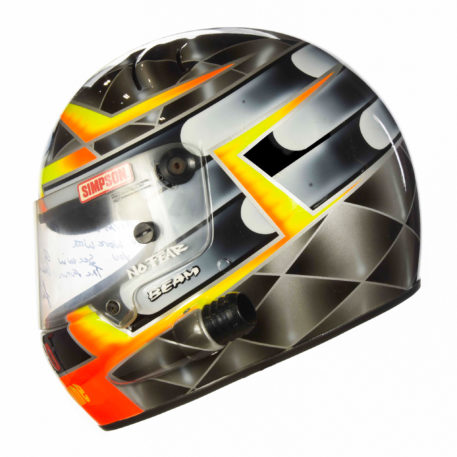 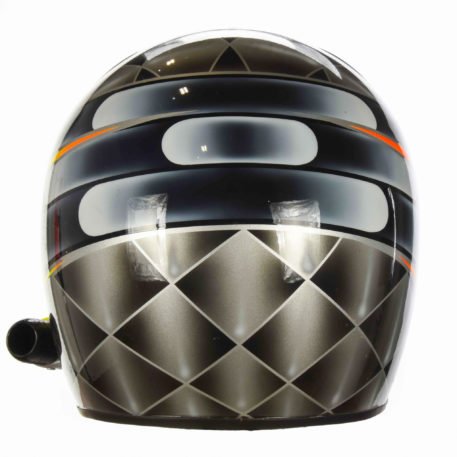 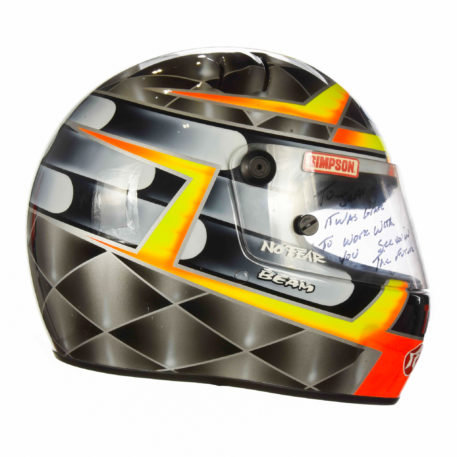 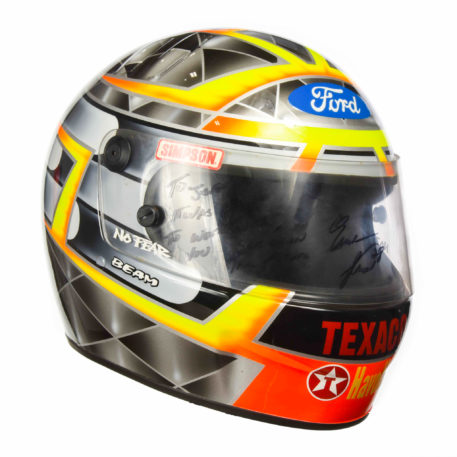 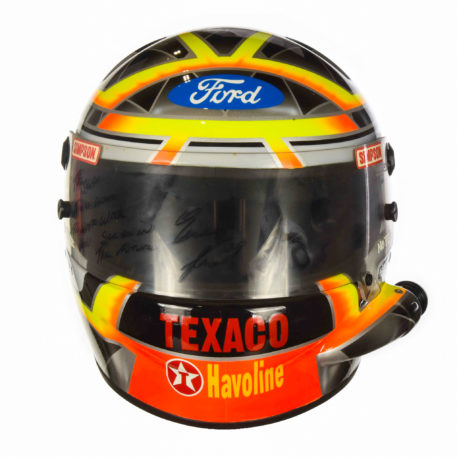 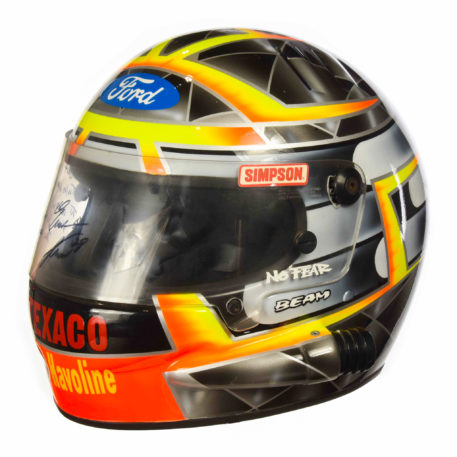 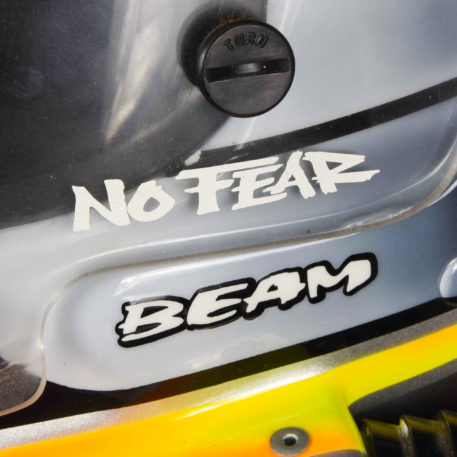 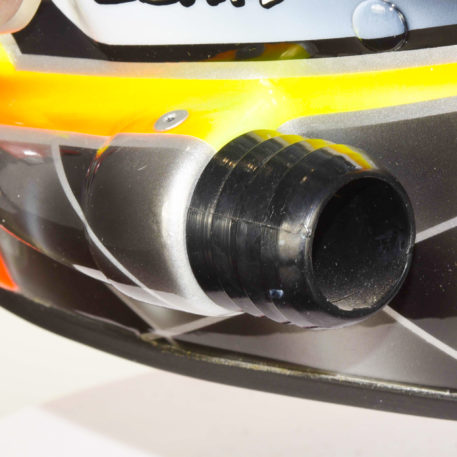 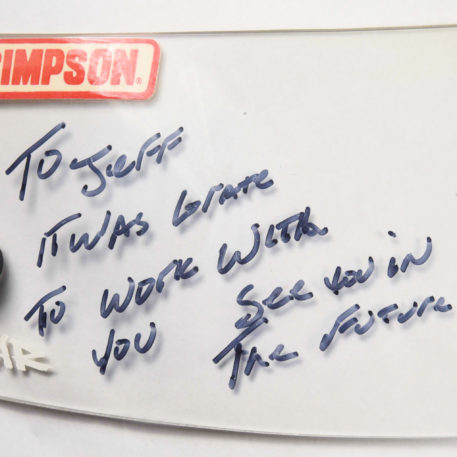 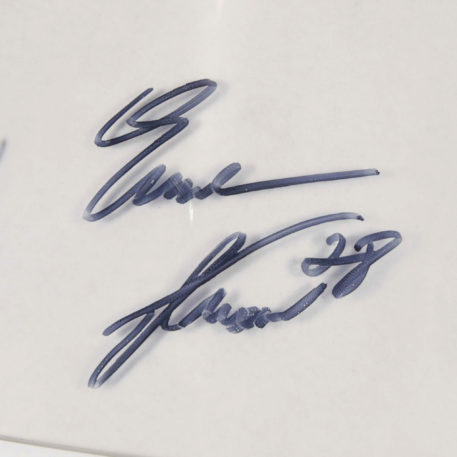 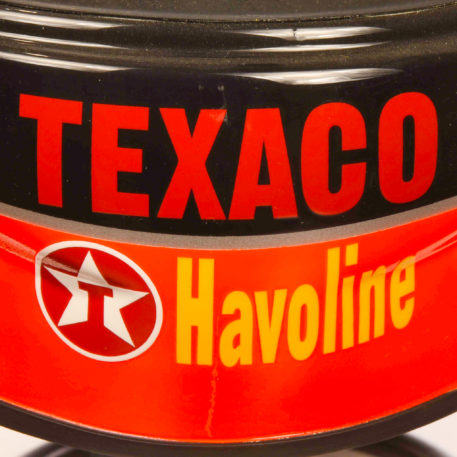 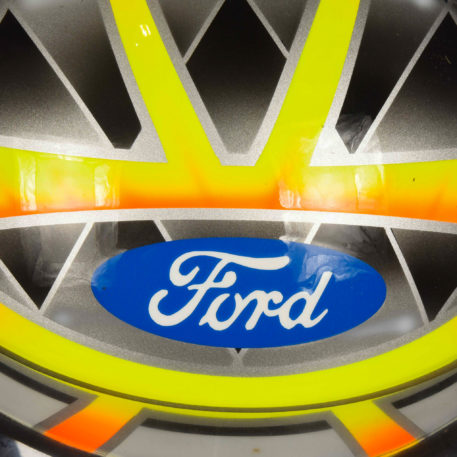 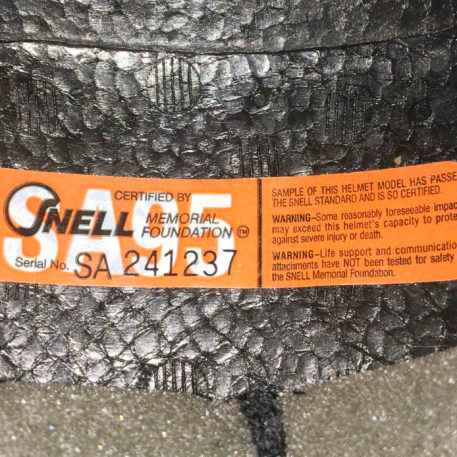 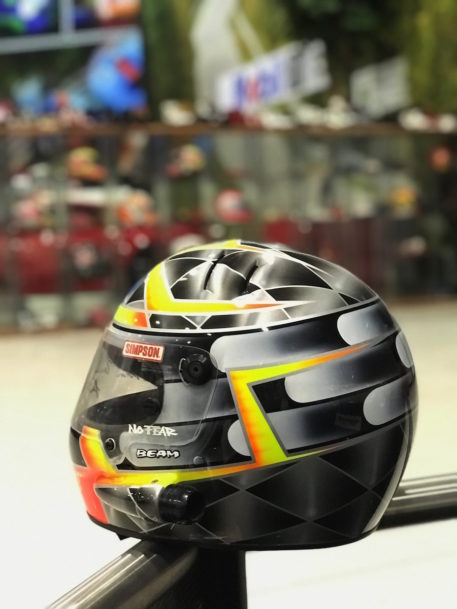 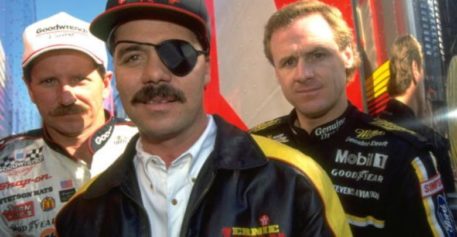 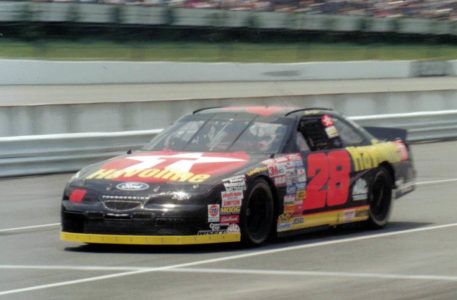 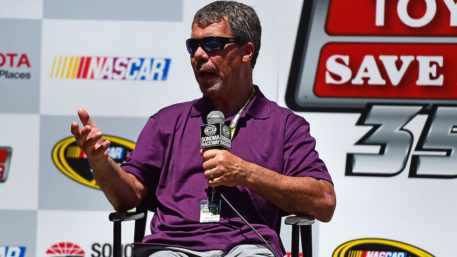 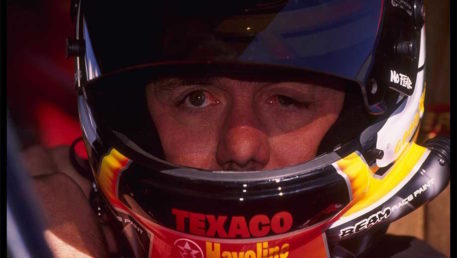 Ernie Irvan won 15 NASCAR Cup Series races in his career, keyed by the 1991 Daytona 500, but it was his courageous and miraculous comeback from a serious head injury suffered in a crash at Michigan International Speedway in August 1994 that defined him.

Irvan had a remarkable rise to prominence, hawking his possessions and traveling from California to North Carolina to start his stock car career. As the story goes, he watched the Daytona 500 four years before he won it on a black-and-white television while washing cars. When he got to North Carolina, he did a variety of odd jobs, including welding seats at Charlotte Motor Speedway, just to support himself.

But with the help of Morgan-McClure Motorsports he became one of NASCAR’s biggest stars of the 1990s, battling Jeff Gordon for that first Brickyard 400 victory at Indianapolis Motor Speedway in 1994. Irvan returned to the sport after his accident, retiring in 1999 with 22 poles to go with his 15 race wins.

This original Simpson helmet is in near mint condition and was hand painted by Irvan’s official painter BeamDESIGNS. It shows the original SA1995 Snell rated sticker and manufacturing date of 7/96. The helmet was gifted to the director of the 1997 No Fear TV commercial after filming at Daytona before the 500 in early 1997. The helmet was hand signed with dedication “To Jeff, it was great to work with you, see you in the future – Ernie Irvan”

The helmet comes with Certificate of Authenticity. 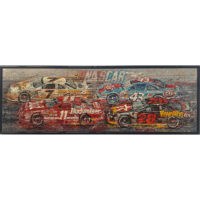