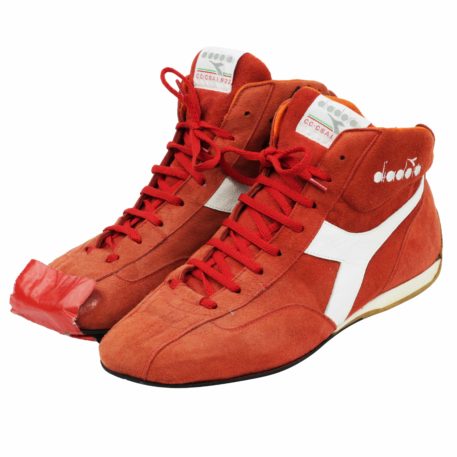 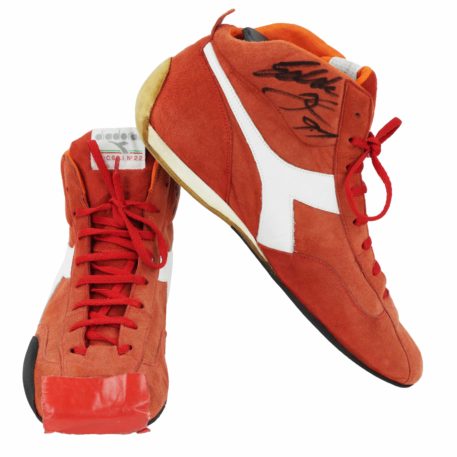 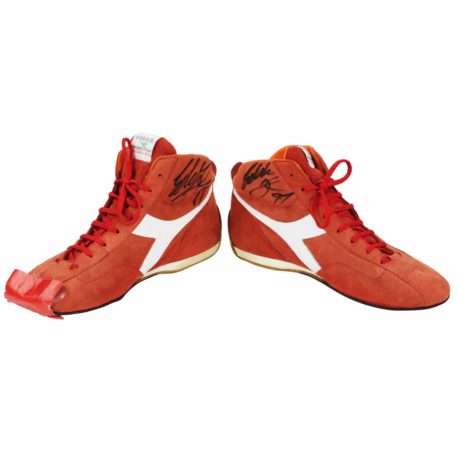 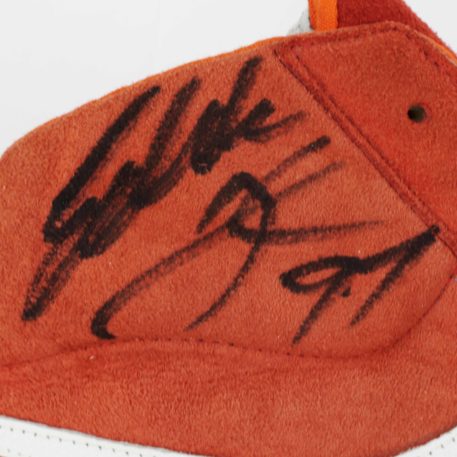 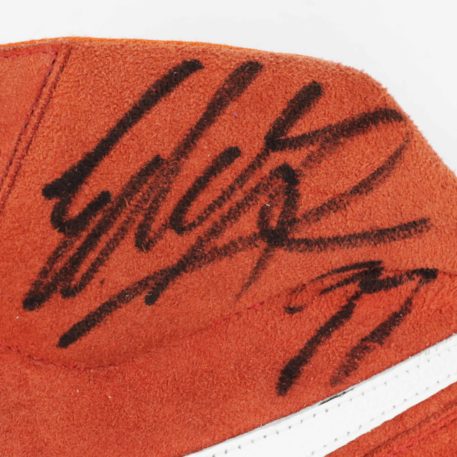 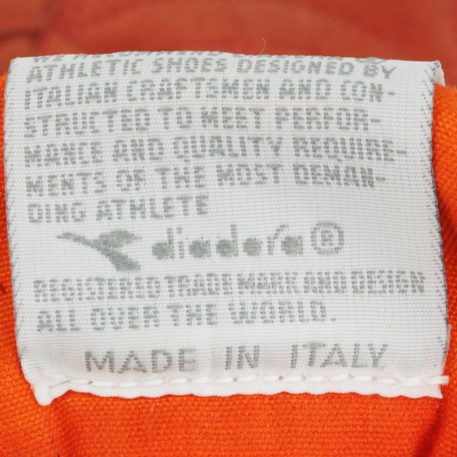 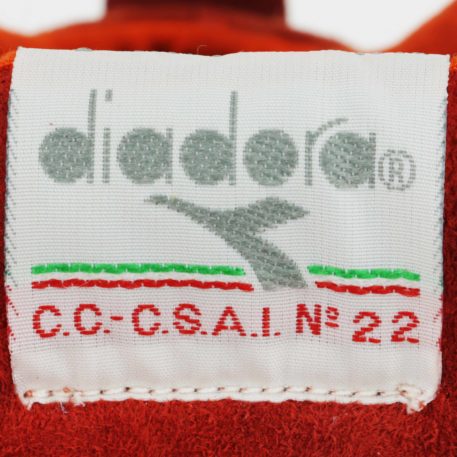 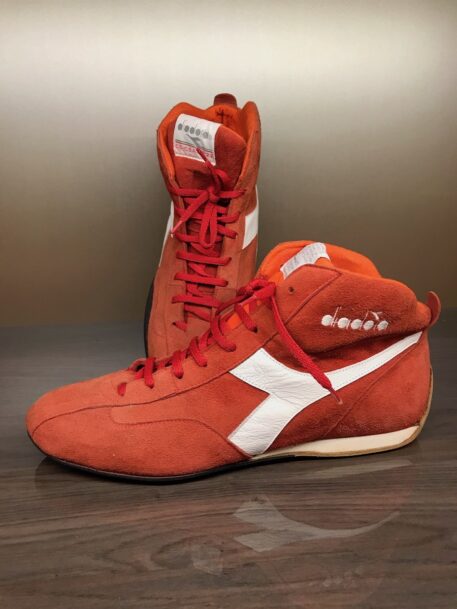 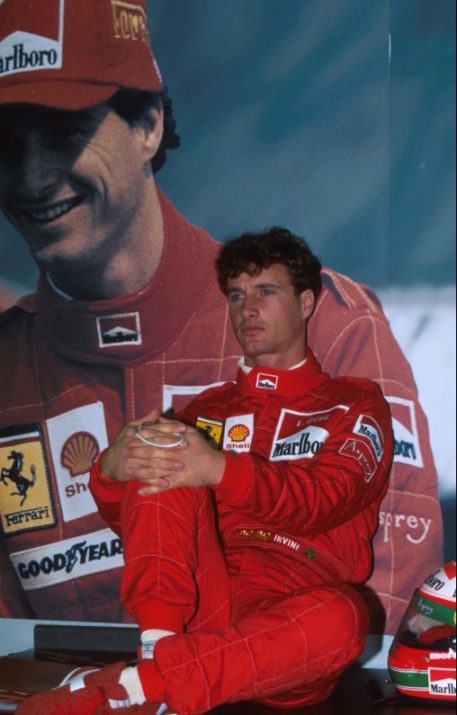 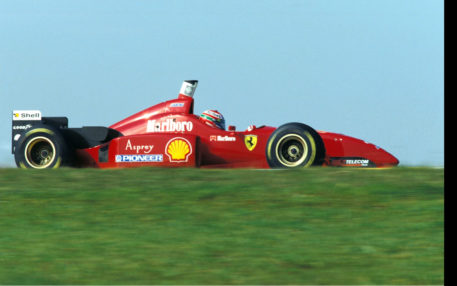 At the 1996 season opener in Australia, Irvine finished in third place, where he started, after out-qualifying new teammate, and then double World Champion, Michael Schumacher. By season’s end Irvine would score 5 more top-ten finishes and end-up 10th in the World Drivers’ Championship.

The boots were signed in black marker pen by Irvine in 1997.