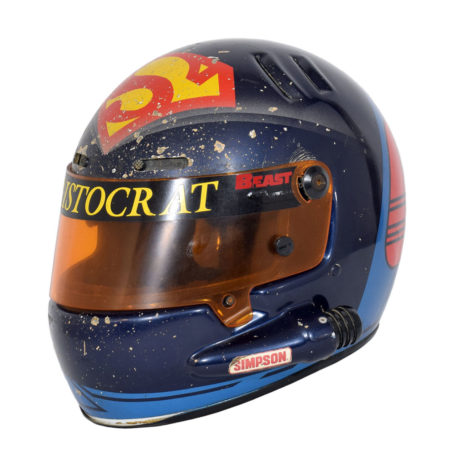 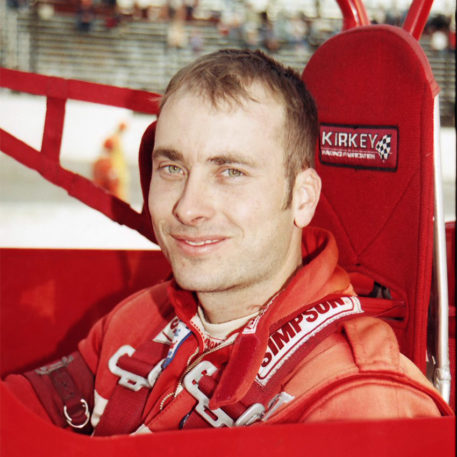 Helmet from USAC Sprint and Midget car veteran Dave Steel, that was used sometime during the mid 1997/98 seasons. Steele ranks 14th on USAC’s national win list with 60 victories between 1996 and 2007. He was a three-time Tampa Bay Area Racing Association Sprint Car champ in 2005, 2009 and 2013. Steel also made his way into other racing avenues with the Indy Racing League and NASCAR’s Busch Grand National Series (now Xfinity Series) where he had a handful of races in each series. Unfortunately Dave Steel was killed in a Sprint car crash in 2017.

The Simpson helmet has dark blue front and a red back panel. They are separated by a lighter blue graphic which also runs around the bottom of the helmet and has Steels name sign written to the right rear. There is ‘Man of Steel’ shield surrounded by darker shadowing painted to the top front of the helmet.