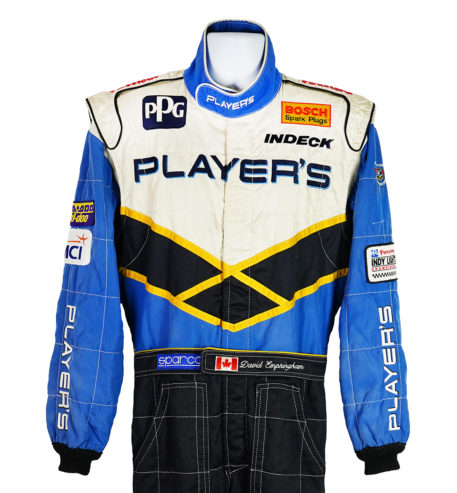 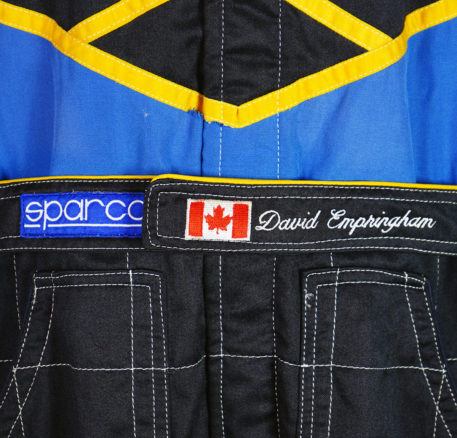 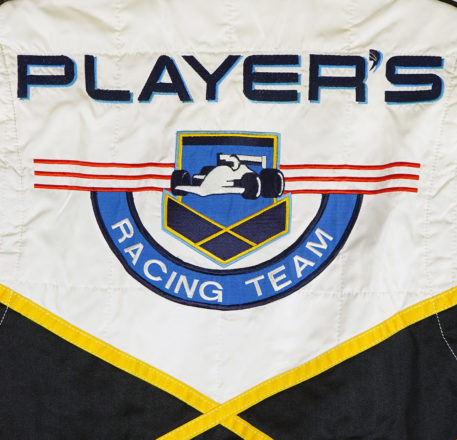 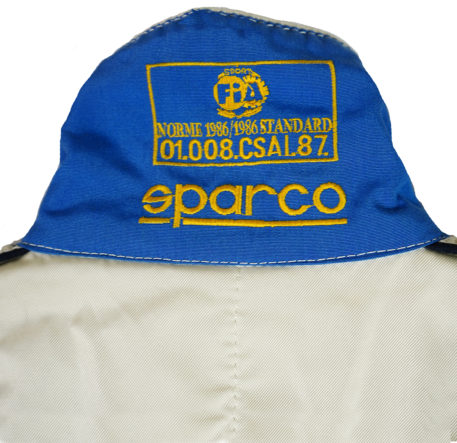 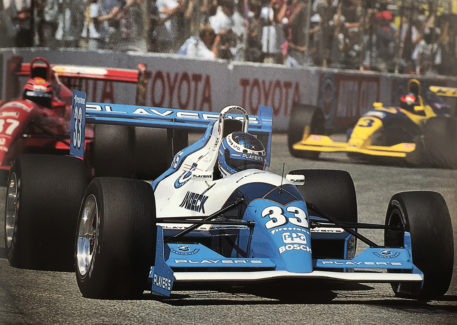 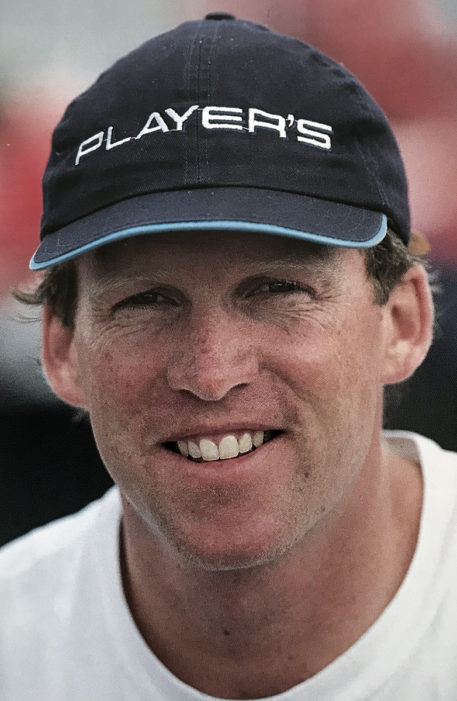 In 1992, Empringham began competing full-time in the Toyota Atlantic Championship, where he won back-to-back championships in 1993 and 1994. The 1996 season saw Empringham make the move to the Player’s/Forsythe Racing Team and also into the Indy Lights series. He would compete against drivers such as Helio Castroneves, Tony Kanaan, and Greg Ray. Empringham had three wins that season, including a thrilling victory in the Indy Lights race run on the high banking of the Michigan Speedway, where he recorded the then fastest lap time. With these wins and many other points-scoring positions Empringham captured the 1996 Indy Lights Championship.

This is one of the suits worn by Empringham during that championship-winning season. The suit has black legs with the arms, neck and midriff in blue and with the top part of the suit being white. The suit is divided on front & back with a black chevron which has yellow bands crossing over it. The Forsythe Team’s major backers Player’s Tobacco lettering can be seen on the chest, neck, and arms. The chest also has Bosch and PPG logo patches with Indeck embroidered lettering as well. On the back there’s also the same lettering but just under this is the Players Racing Team logo. The arms have sponsors MCI and Ski-Doo logo patches on  the right arm and Indy Lights and Players Racing logo patches on the left. The waist belt has David Empringham’s name and national flag embroidered on it.

This is a great chance to acquire a championship-winning suit from one of the top young stars of the early Nineties.