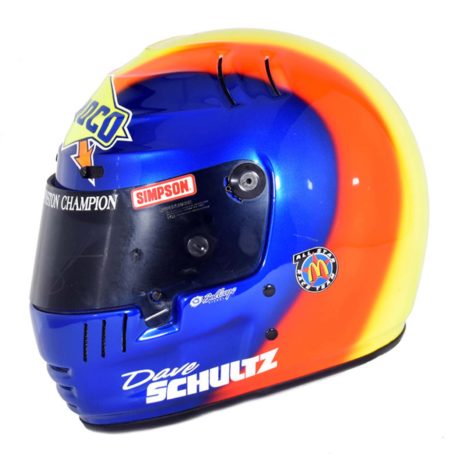 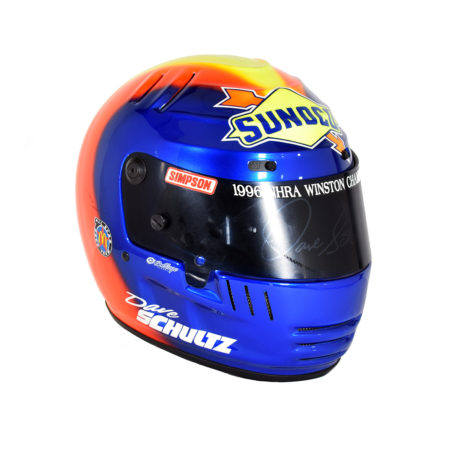 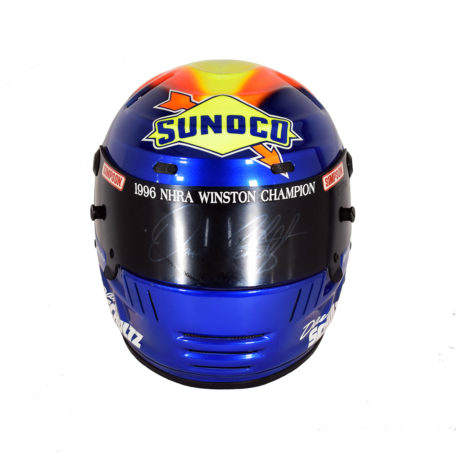 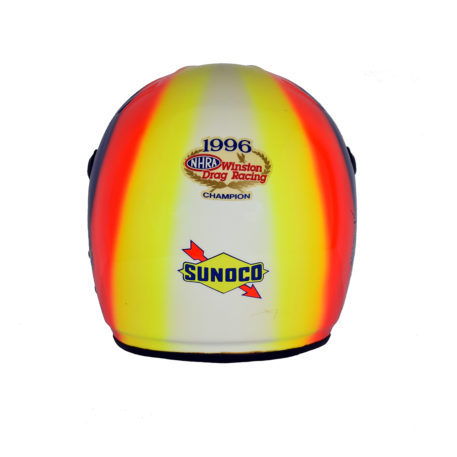 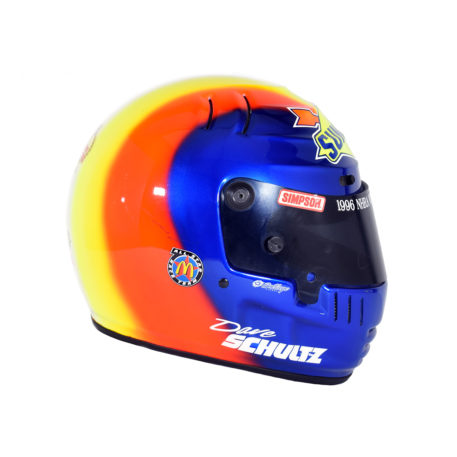 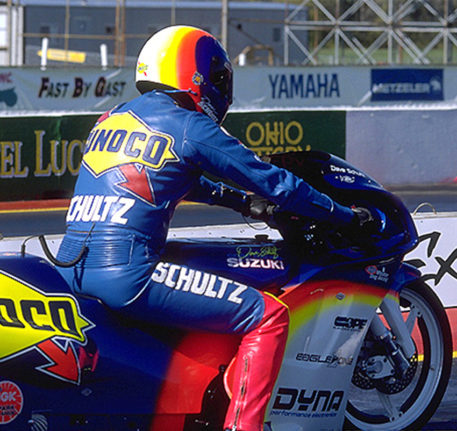 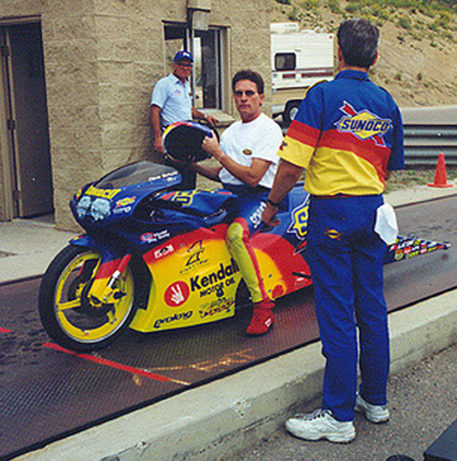 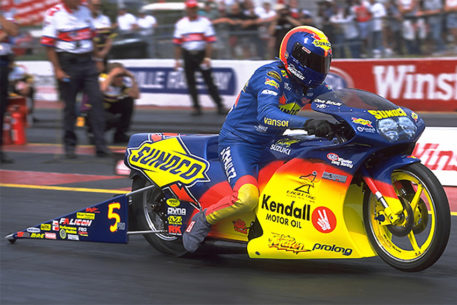 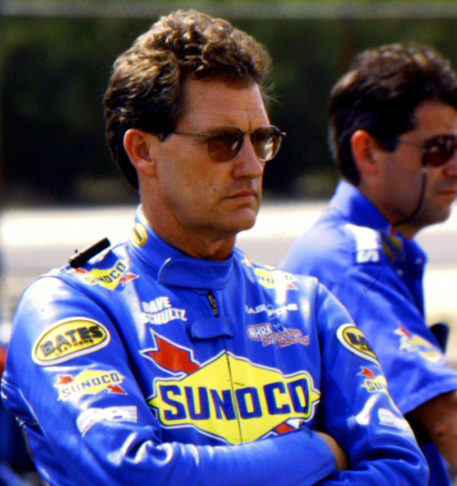 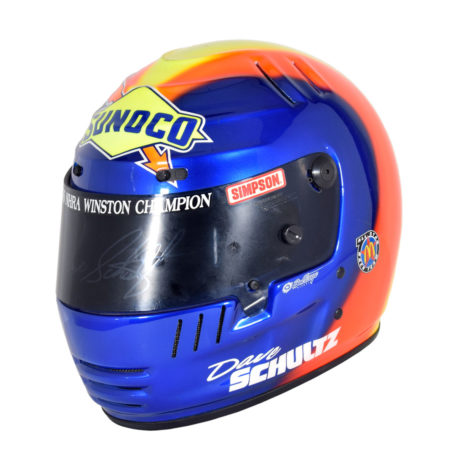 Simpson helmet worn by Dave Schultz during the 1996 season. He’s considered one of the greatest, if not the greatest, motorcycle drag racers who ever raced and is revered as the godfather of Pro Stock Motorcycle.

A true perfectionist and a fierce competitor, Schultz was a pioneer of the “gasoline and carburetor” class. He amassed six NHRA championships and 45 victories. Schultz is the only motorcycle drag racer to win the coveted early 90’s triple crown NHRA, IDBA and AMA/Prostar championships in the same year. He accomplished the feat twice, once in 1991 and again in 1994. When Schultz was on his game there was little his competition could do.

Schultz elevated the category’s level of professionalism. No one ever saw Schultz in an old set of leathers or his motorcycle in less than best-of-show condition. Schultz’s attention to detail was unmatched and his entire operation was always immaculate. Schultz was inducted into the AMA Motorcycle Hall of Fame in 2001.

Schultz’s outstanding and legendary 23 year career came to an end with his untimely death from cancer in 2001.

This Simpson helmet, painted by Bullseye Designs, has major team sponsor Sunoco’s iconic colors. It has a blue front and sides with red and yellow widening side stripes, as well as a middle white top stripe airbrushed into a ‘Rainbow’ design. There is a large Sunoco logo on the front top and a smaller one on the back of the helmet. It has the MacDonald’s Race Team decals on both sides as well. The visor and back of the helmet have a 1996 NHRA Winston Drag Champion decal applied to it which signifies this helmet would have been used during the 1996/97 period. Schultz’s name in white is on both cheeks. It has been personally signed by Dave Schultz on the visor.

This helmet was a part of the famous Ron Burton Collection.

Use our Secure Online Checkout to add one of these great items to your collection today!

All of our items come with a full Certificate Of Authenticity.