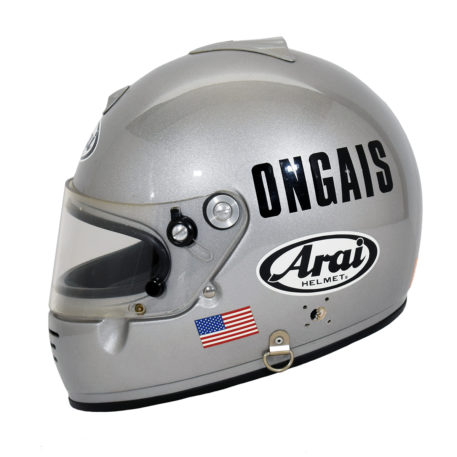 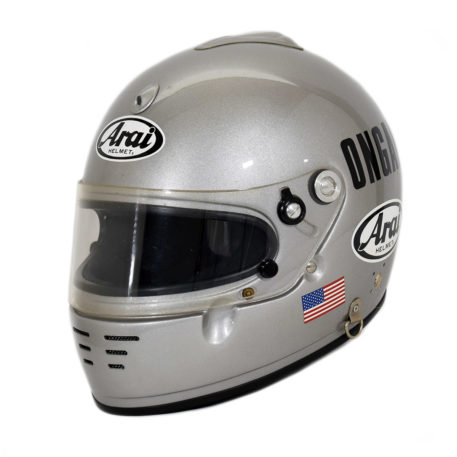 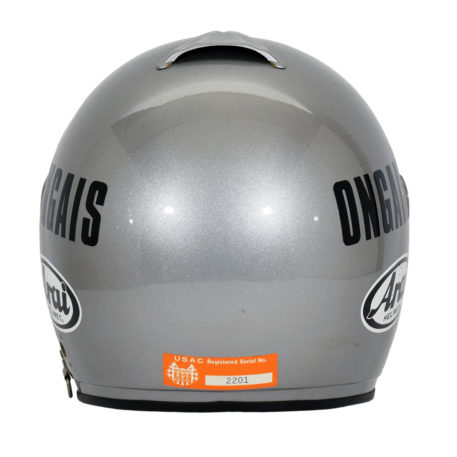 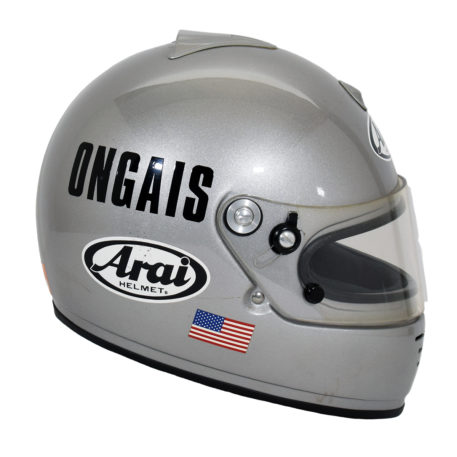 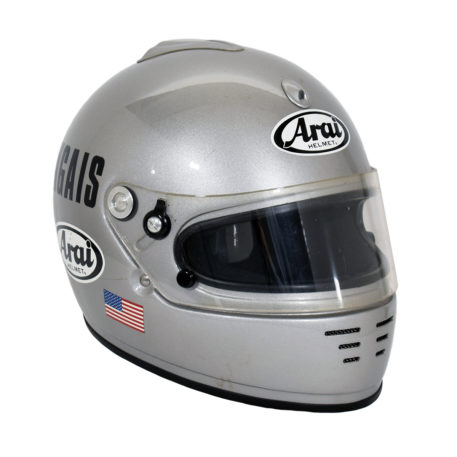 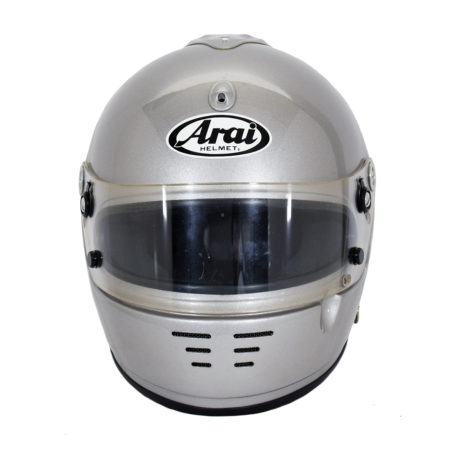 In 1996 racing veteran Danny Ongais came to the Indianapolis Motor Speedway for his first time in close to a decade, in an attempt to make the starting field for the 80th running of the Indy 500. The “Flyin’ Hawaiian”, as he was nicknamed, was penciled in to drive the #77 Brickell Racing entry. He had run many shakedown and practice sessions over the first few weeks of May and had readied the car for its qualifying attempt. However, under tragic circumstances, Ongais would be contacted and asked to drive the #32 Glidden Menards entry instead. This car was to be driven by Scott Brayton but sadly Brayton was killed in a final practice session, the day after clinching pole position. It was a tough decision, but Ongais accepted. He had to start in the 33rd and final starting position as a substitute driver but drove a fine race to bring the V6-powered Buick Lola home in creditable seventh position. This would be the only race Ongais would compete in all year.

This Arai GP3 helmet is one Ongais used during that month of May. The helmet can be seen being used during the test and practice sessions while the Hawaiian driver was with the Brickell Team, before switching to the Glidden/Menards car. It comes in Ongais’s familiar metallic silver with his surname in bold black font on either side. It also has Arai oval decals on the front top and sides, as well as USA flag decals on the cheeks. It’s missing its pop-off valve fitting but this does not detract from this fantastic piece.

This is a great chance to acquire an Indy 500 helmet from a driver who’s equipment very rarely comes onto the open market.

The helmet comes from the Ron Burton Collection. Burton was a good friend of Ongais and was running his pit board for that particular 1996 race. After the race Ongais walked up to Burton and handed him the helmet for his collection. Pretty cool history involving two legends of the Speedway.