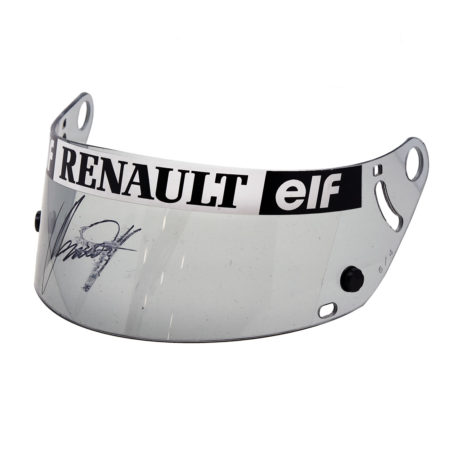 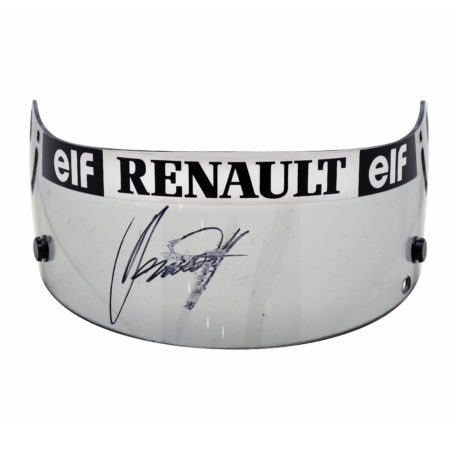 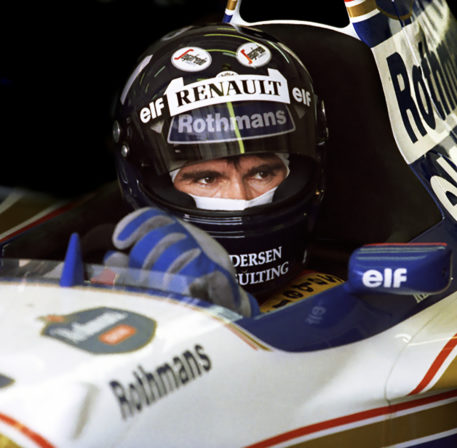 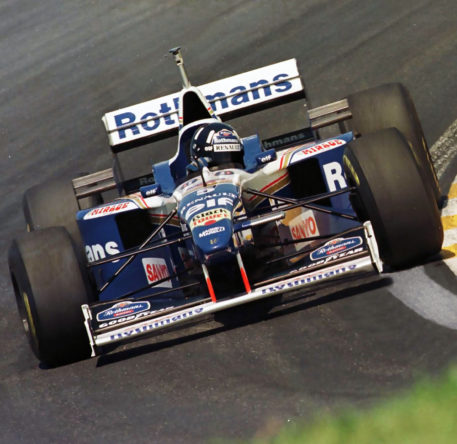 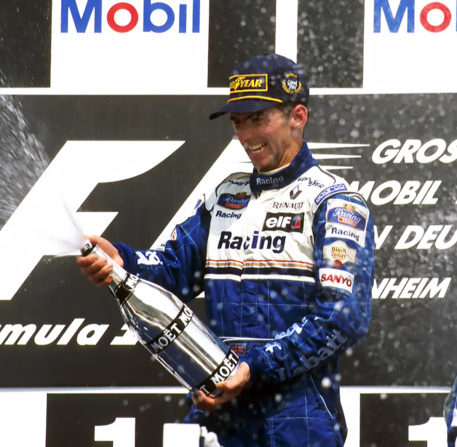 Race-used visor worn by former Formula One World Champion Damon Hill during his winning run to the 1996 title. Englishman Hill, the son of Graham Hill, would become the first son of a former Formula One champion to win the championship himself. Driving a Williams FW18, Hill scored eight wins and qualified on the front row in all sixteen races. This was, by far, his most successful season driving for the Rothmans Williams Renault team.

The tinted visor has the Williams team engine and oil supplier, Renault and elf, branding logos applied to the sun strip. Damon Hill personally signed the visor in black marker pen. Unfortunately, the signature has been slightly smudged but this doesn’t detract from this rare piece of historic F1 memorabilia.