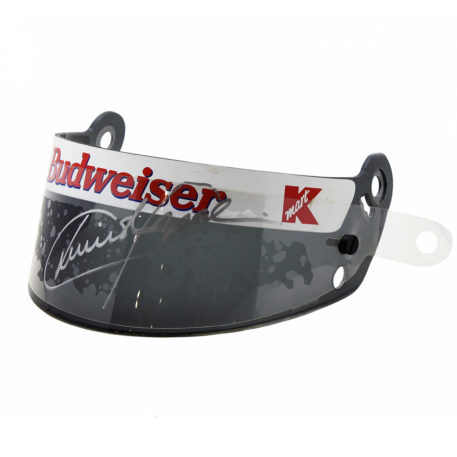 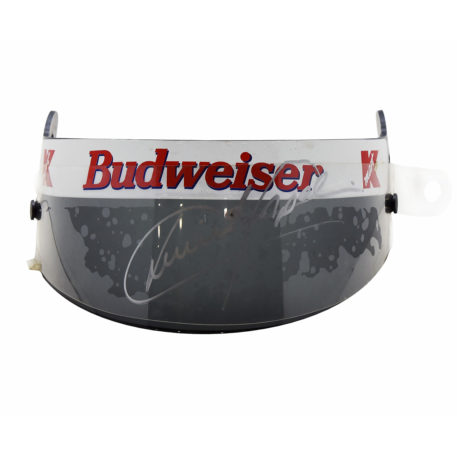 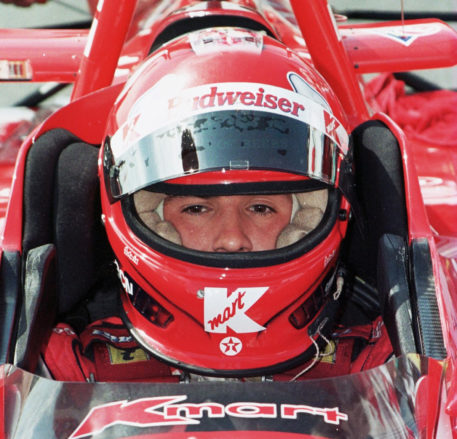 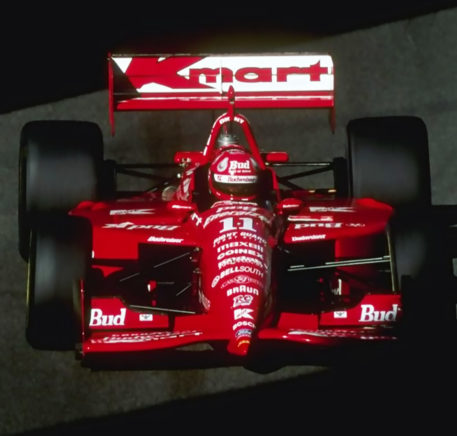 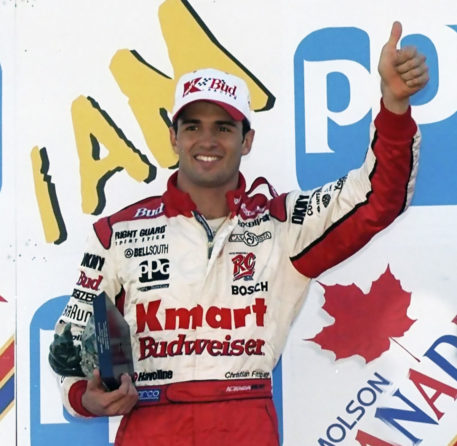 Race-used visor from multi-disciplined Brazilian driver Christian Fittipaldi. He has competed in various forms of motorsport including Formula One, Champ/IndyCar, NASCAR and Endurance Sportscars. Christian is a former F3000 Champion, a two-time winner of the WeatherTech SportsCar Championship and a three-time winner of the Daytona 24 Hours.

This tinted visor was used in 1996 during his first season driving for the Newman-Haas CART Indycar team, where he had three podium finishes. The visor sun strip has the team’s two major sponsors of the day on it, Budweiser & Kmart. It also has the visor tear-offs still attached to it, and has been personally signed by Christian Fittipaldi in silver pen.