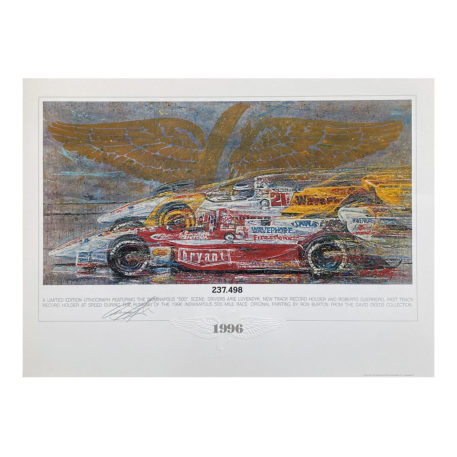 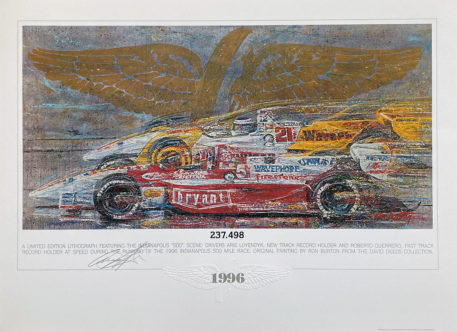 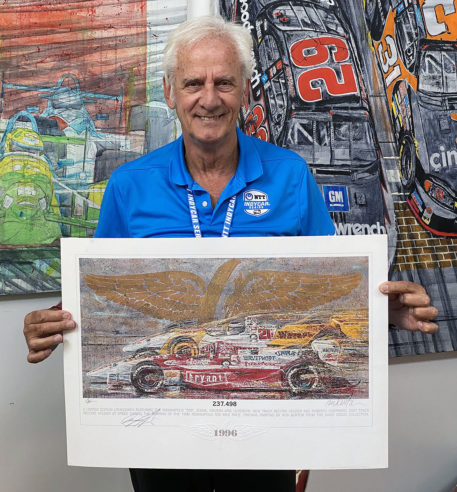 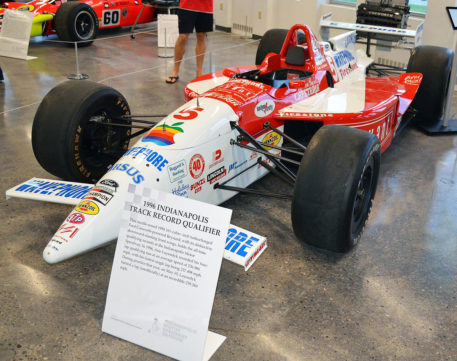 This fantastic and very limited edition Ron Burton Lithograph print was produced to commemorate Arie Luyendyk setting a new one-lap track record speed at the famed Indianapolis Motor Speedway. The print taken from Ron’s original commissioned artwork depicts a scene from the 80th running of the Indianapolis 500 in 1996. It has Dutch driver Luyendyk in his Byrd-Treadway Racing Ford-powered Reynard in the foreground alongside former track record holder Roberto Guerrero in his Pagan Racing Ford Reynard. It was the first Indy 500 to be contested under Indy Racing League rules. During race qualifying, Luyendyk set a blistering 237.498 mph one lap record time to break the 232.618 set by Guerrero the previous year. Luyendyk also turned an even faster practice lap time of 239.260 mph. This was the fastest unofficial lap ever at the Speedway, but unfortunately, practice laps are not valid as official timed laps. These record times still stand to date, almost twenty-five years after the event. The print also has a text description and embossed winged wheel and year date in its surrounding border and is printed on 25 x 18 inch (63 x 45 cm) heavy cardstock art paper.
Hall of fame Collection has exclusively managed to get record holder and two-time winner of the Indy 500 Arie Luyendyk, to personally sign a small limited number of these stunning looking prints. These are the only editions of this print he has signed and we are pleased to able to offer them to our clientele. These signed prints are in a very limited quantity, we advise ordering as soon as possible to avoid disappointment.

The print will come with a full Certificate of Authenticity.