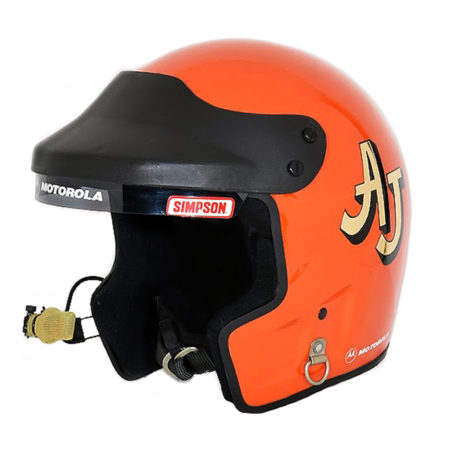 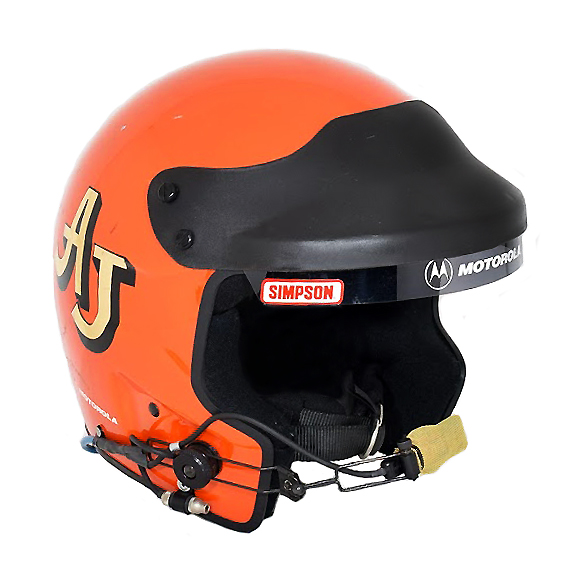 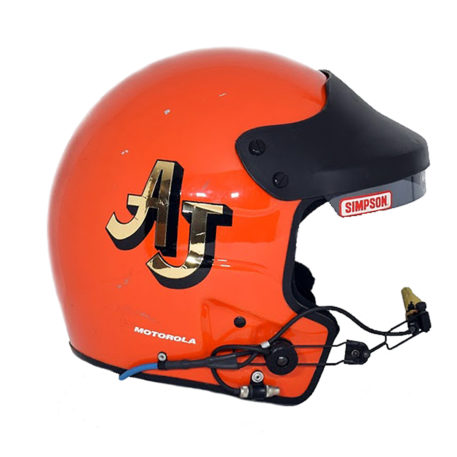 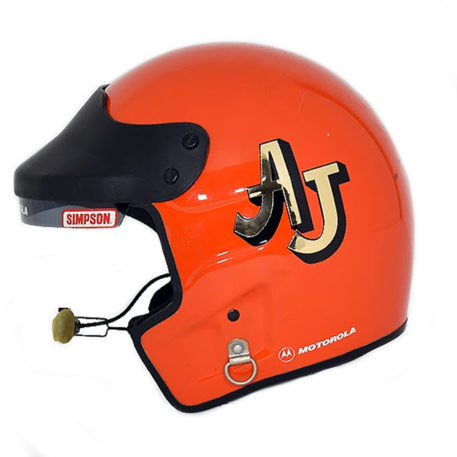 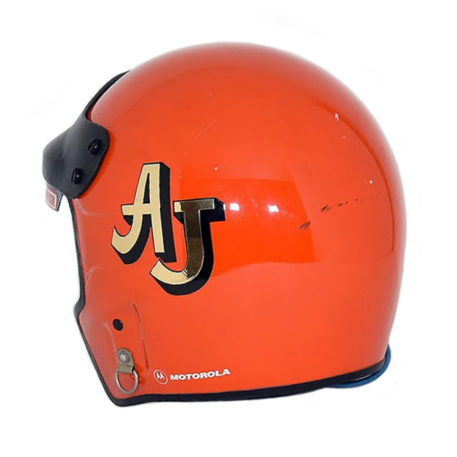 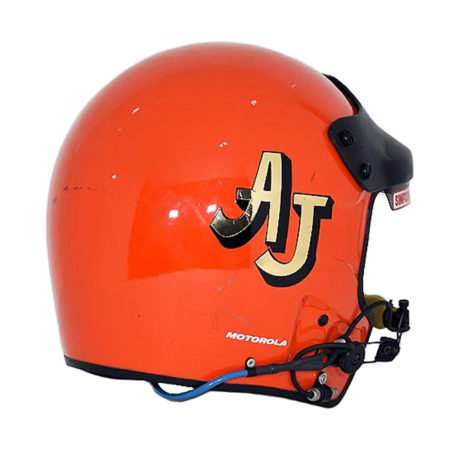 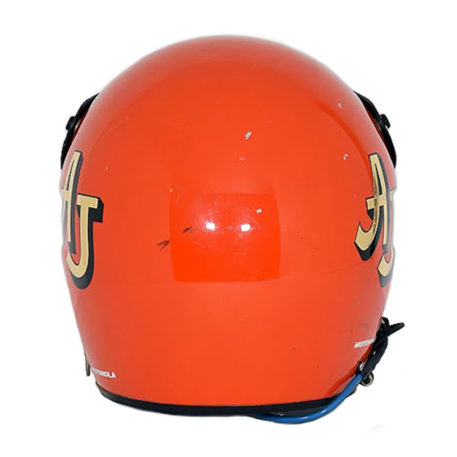 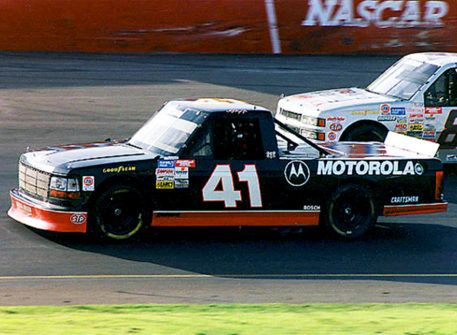 This Simpson NASCAR style helmet was given to renowned Indianapolis motorsport artist Ron Burton by his good friend and American racing legend the one and only ‘Super Tex’ A.J. Foyt. Burton pit crewed many times for Foyt’s race team during the 90’s. He also traded his artwork with many other drivers in return for their race worn helmets.

This unique helmet is believed to be the very last helmet used by Foyt during his final competitive race appearance in 1996. Worn during NASCAR Craftsman (now Camping World) Truck Series race at the Las Vegas Motor Speedway and given to Ron Burton after the race and which stayed in Burton’s race helmet collection for many years.

The ‘Foyt orange’ open face helmet has a black interior and black visor peek. The great mans ‘AJ’ initials in gold shadowed in black are to both sides. Team sponsor Motorolla decals are applied to both sides and sun visor. It still retains its radio microphone and wiring and comes as last used by Super Tex.

Foyt racing record achievements include winning the Indianapolis 500 (four times), the Daytona 500, the 24 Hours of Daytona, and the 24 Hours of Le Mans. He holds the USAC career wins record with 159 victories and the American championship racing career wins record with 67. Foyt won on the NASCAR stock car circuit, Highlights being the 1964 Firecracker 400 and the 1972 Daytona 500. He is still involved in motorsport as a IndyCar team owner and manager.