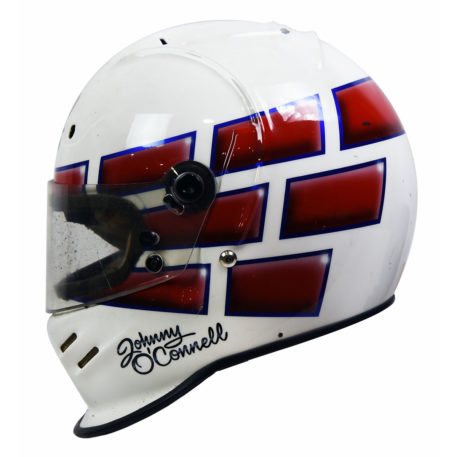 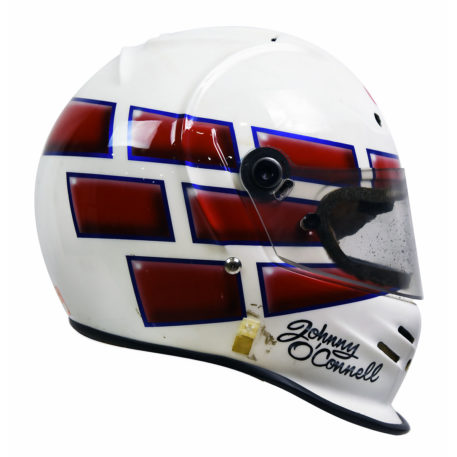 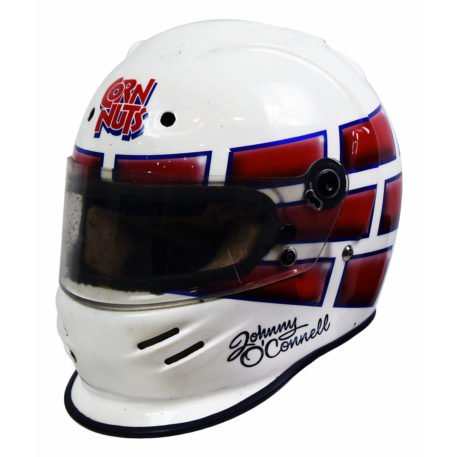 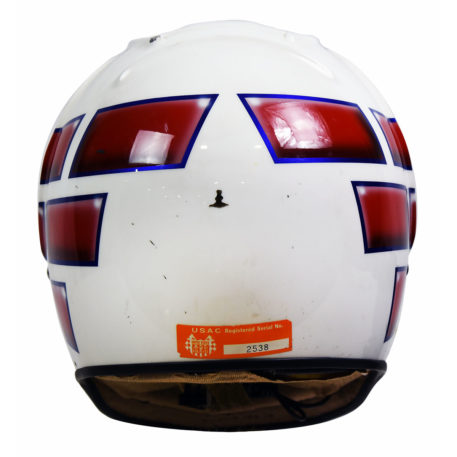 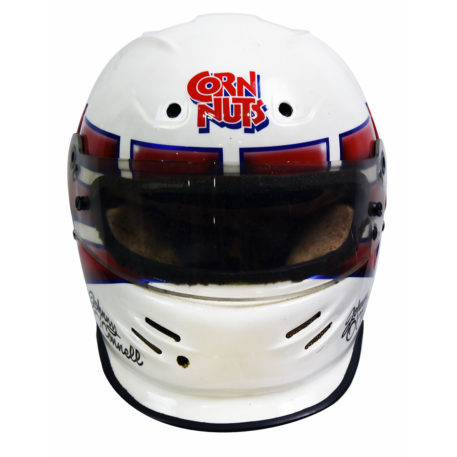 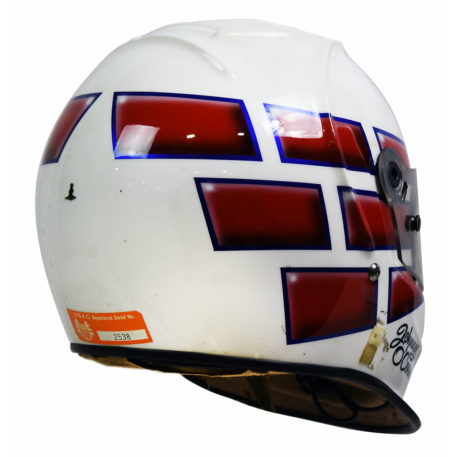 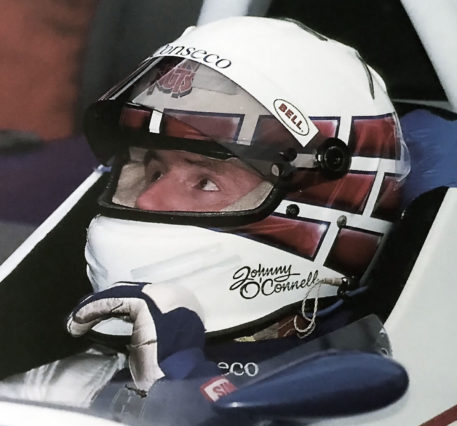 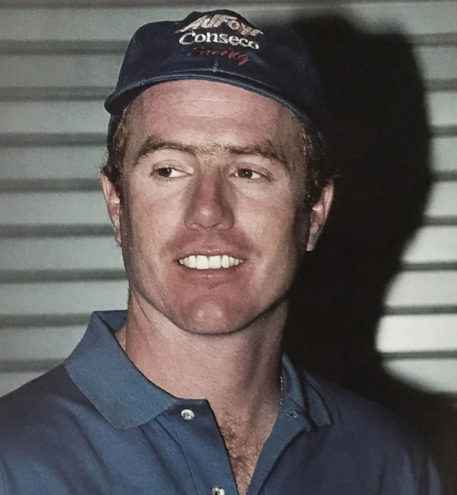 This Bell helmet was used by American endurance sportscar driver Johnny O’Connell during his three-event IndyCar stint during 1997. O’Connell was already establishing himself as a top-line sportscar driver and had a class win at Le Mans 24 Hour in 1994. He was invited to try his hand in the Indy Racing League in 1996/97. After a solid first four races in 96, he was entered into two events at New Hampshire and Las Vegas driving for Treadway Racing in 1996/97 IRL season. He was then invited by A.J. Foyt to deputize for the practice crash injured Scott Sharp in Foyt’s entry for the Indy 500. Unfortunately like Sharp, O’Connell suffered a race-ending practice crash after a blown engine sent O’Connell spinning in a wall dislocating his left foot. This was O’Connell’s last ride in an IndyCar as he decided to concentrate on his sportscar career.

The white helmet is the one used during the three 96/97 races. It has O’Connell’s personal design of three rows of blue edged metallic red widening oblongs. The top row encircles the helmet the two lower rows are stepped to end at different lengths on both sides. O’Connell’s name is on both cheeks and sponsor snack food producer ‘CornNuts’ lettered branding is to the top front of the helmet. It also still retains its USAC tech sticker which is still applied to the back.