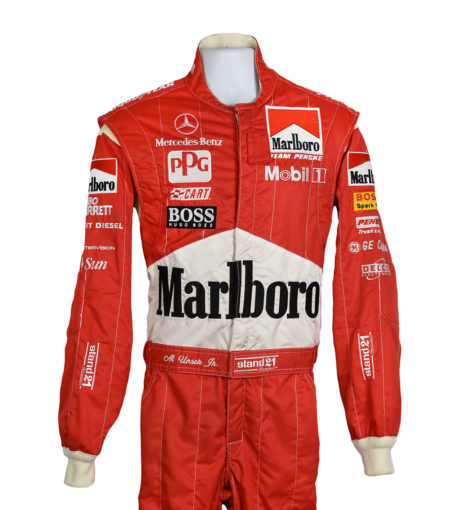 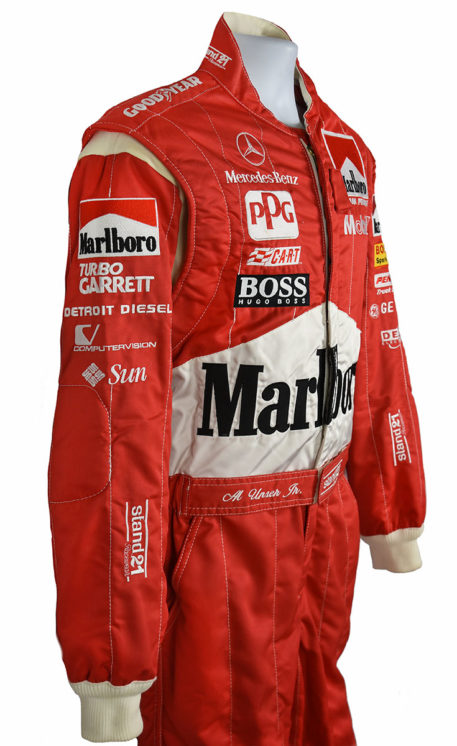 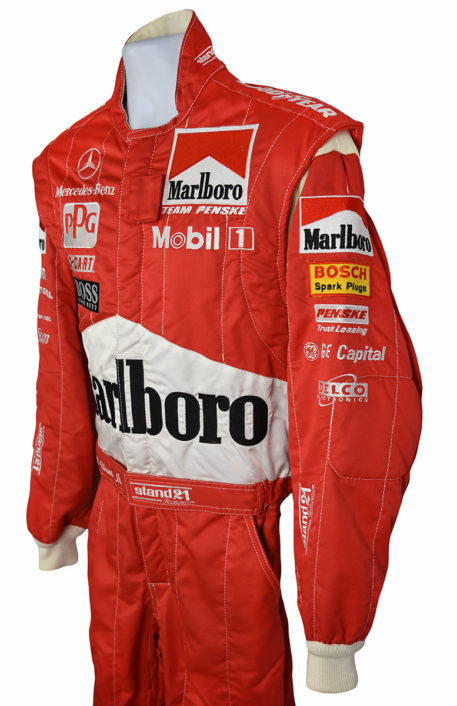 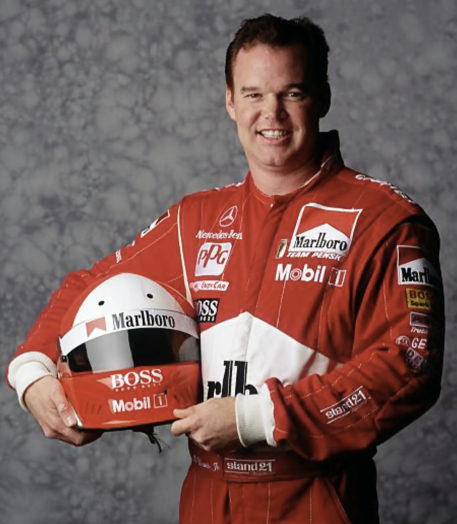 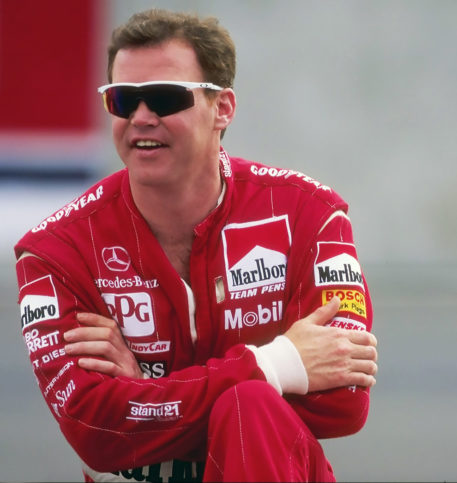 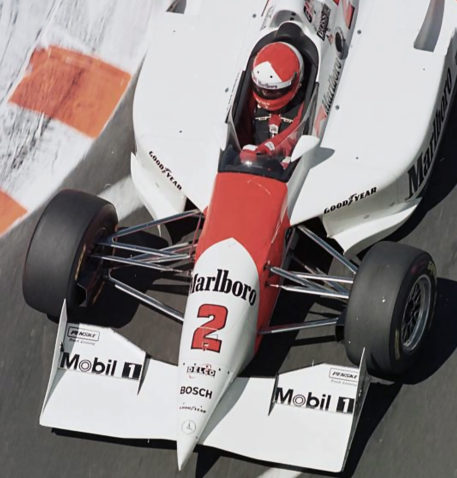 This fantastic looking Al Unser Jr. Marlboro Team Penske suit was obtained directly from the personal collection of the former North America President of the Stand 21 Racewear Company Phillipe de Lespinay. The suit was manufactured in 1996 at the same time that all of Unser Jr.’s racing suits were being made. de Lespinay informed us that this suit is a three-layer Nomex suit and they believe Unser Jr did use the suit although it’s in near brand new condition so we are listing it as unused.

Certificate Of Authenticity is also included.