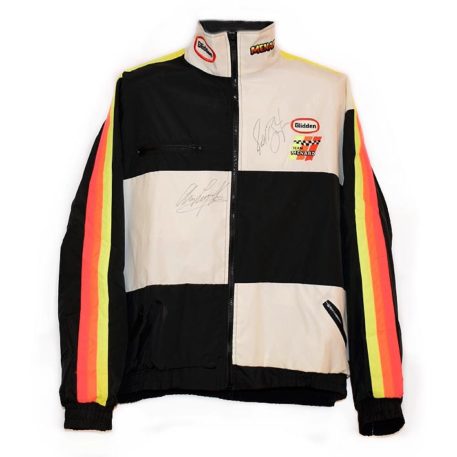 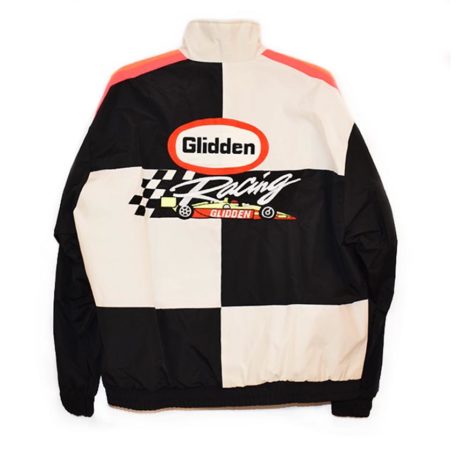 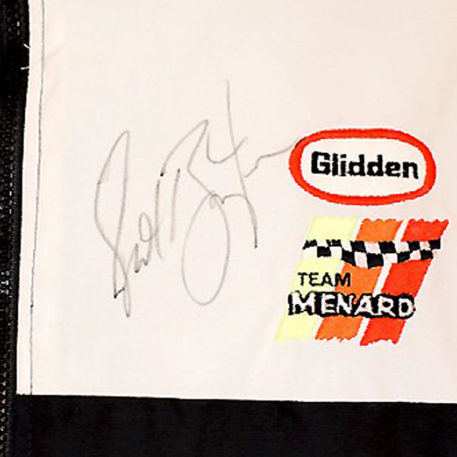 The jacket is from the 1995 Indianapolis 500 where team owner John Menard Jr. had entered three cars for the race. The drivers he employed were Scott Brayton, Arie Luyendyk and Buddy Lazier. Luyendyk having the best finish of the trio in the race by placing seventh. Sadly this would be the last Indy 500 Brayton would run as he was killed the following year during practice after winning pole position.

This scarce vintage Harrington style jacket has a three panel black and white chequered design with red, orange and yellow stripes running across the shoulders and down the sleeves. It has the team logo and major sponsor Glidden’s branding logo on the left chest and zip up collar, with a larger Glidden/Menards racing emblem on the back.

The jacket bears the personal signatures of Arie Luyendyk and the late Scott Brayton and comes with a full Certificate Of Authenticity.

A rare find and a great item for any collection.