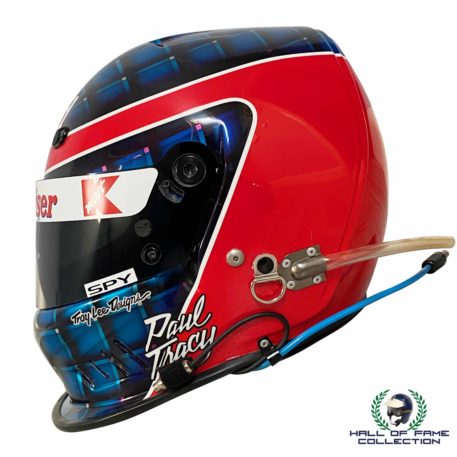 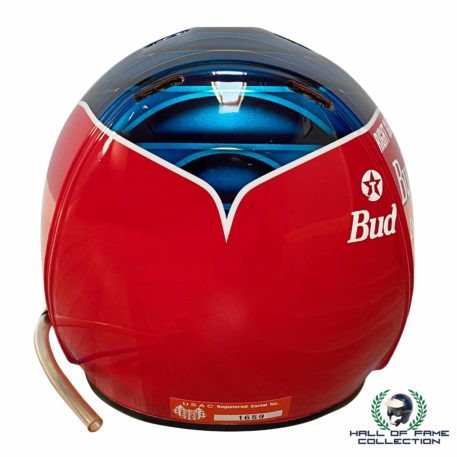 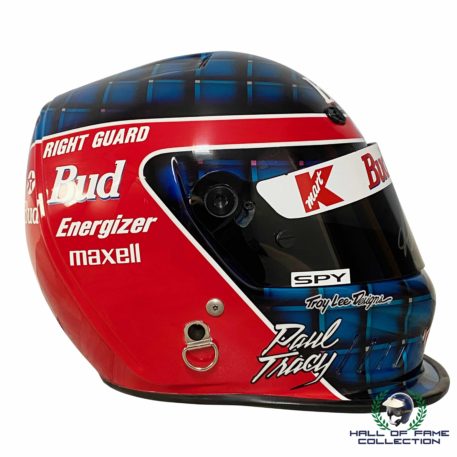 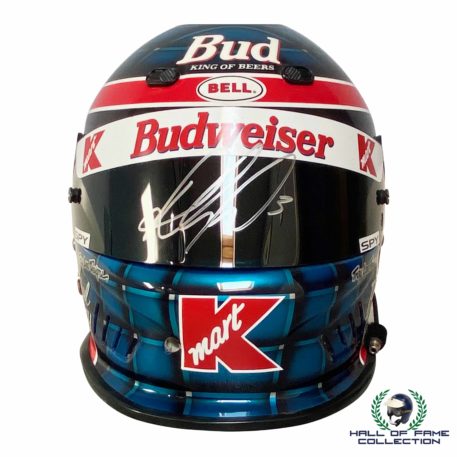 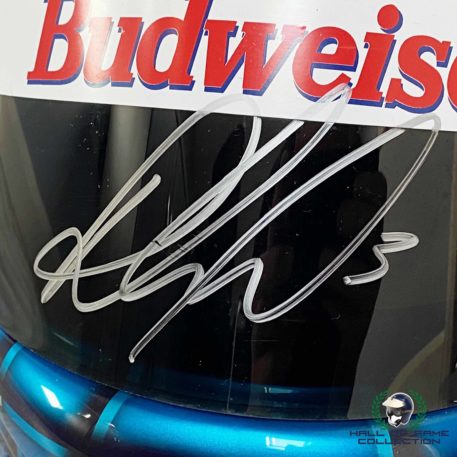 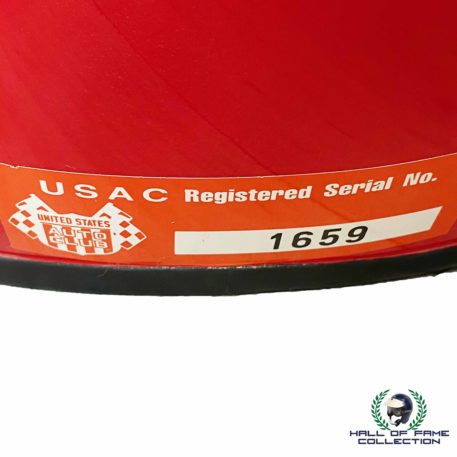 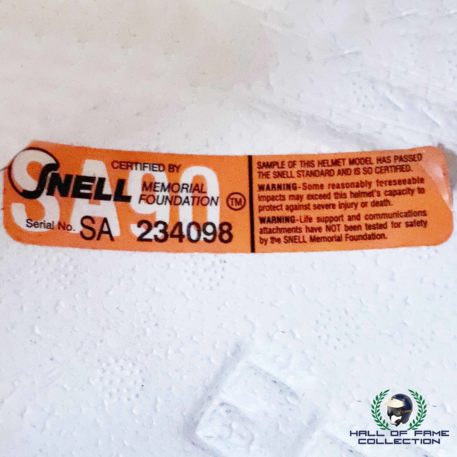 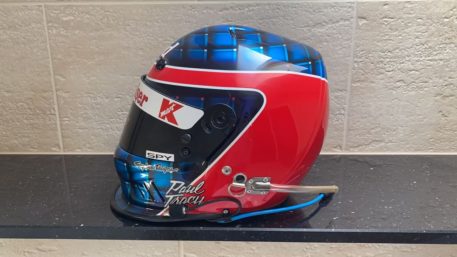 This Bell Feuling helmet was worn by the very popular IndyCar driver, Canadian Paul Tracy. It was used by Tracy in his one and only season with the Newman Haas Racing team during the 1995 CART season.  That year Tracy had six top-five finishes, including two wins (Australia and Milwaukee) and three second place finishes as well, putting him 6th in the overall Drivers Championship at the end of the season. Tracy would go on to win the 2003 Champ Car World Series in 2003. A helmet similar to this one is included in our picture collection.

The helmet comes just as it was last used in the month of May with tech sticker, radio and pop off valve all still in place. Tracy has signed the visor in silver marker pen.