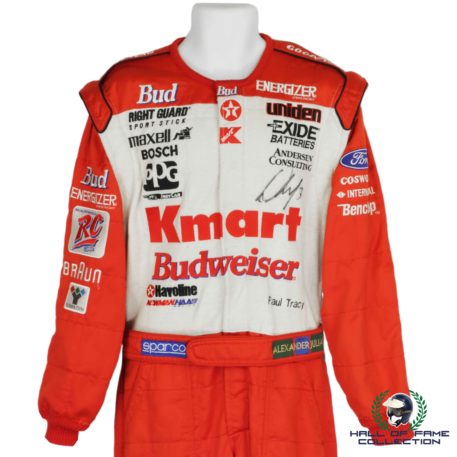 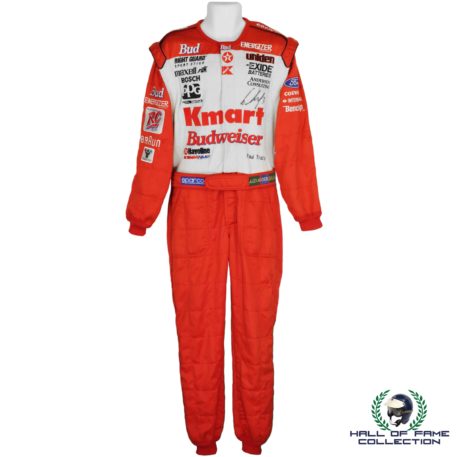 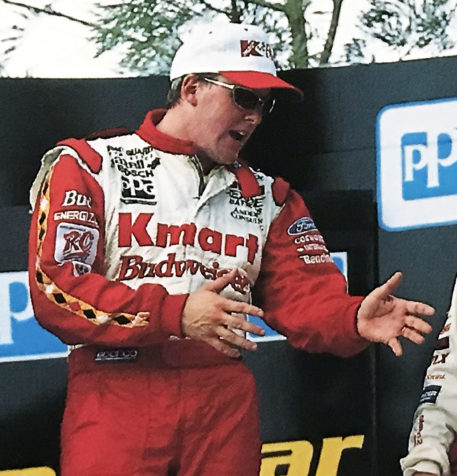 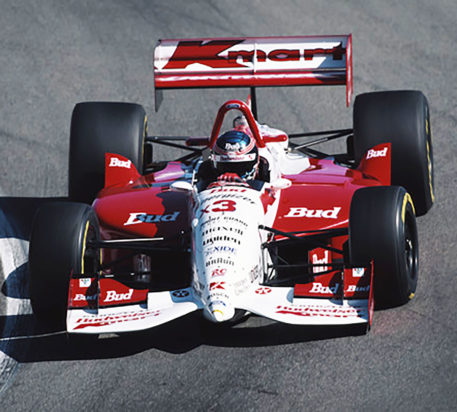 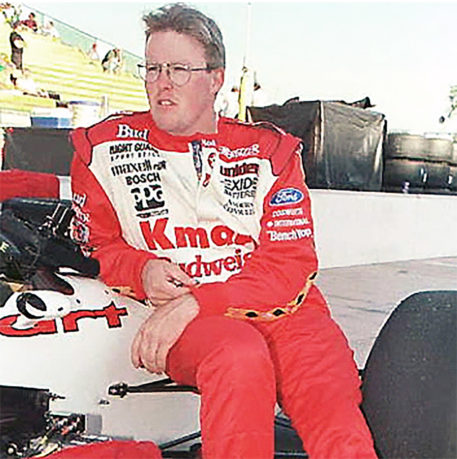 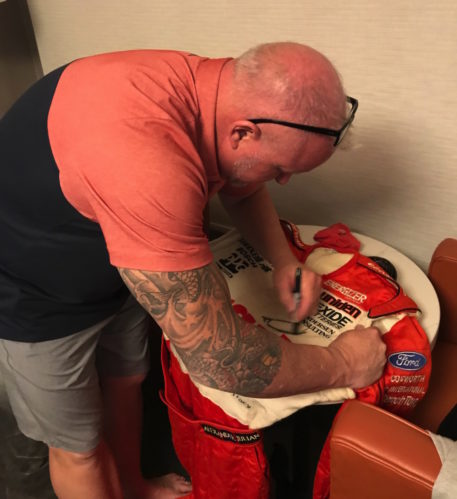 Sparco race suit worn by the very popular IndyCar driver Canadian Paul Tracy. This striking suit was used by Tracy in his one and only season with the Newman Haas Racing organisation during the 1995 CART season.  That year Tracy had six top five finishes, including two wins (Australia and Milwaukee) as well as three second place finishes.

This mainly red suit has a white torso and the team’s major sponsors’ logos, K-Mart and Budweiser,  can be found on the front and back. Also on the front and arms are many other sponsor branding logos including Havoline, Exide, Uniden and Maxell to name but a few. Tracy’s name is embroidered on the left side, above the waistband. There is a yellow stripe running down the back of both arms which has a white, black and red diamond design within the stripe.