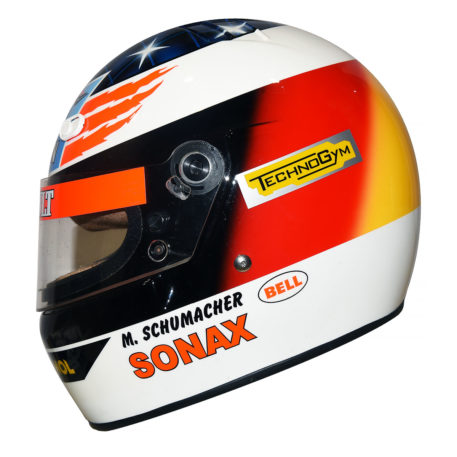 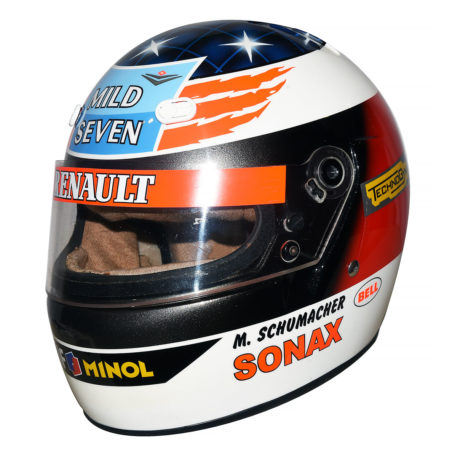 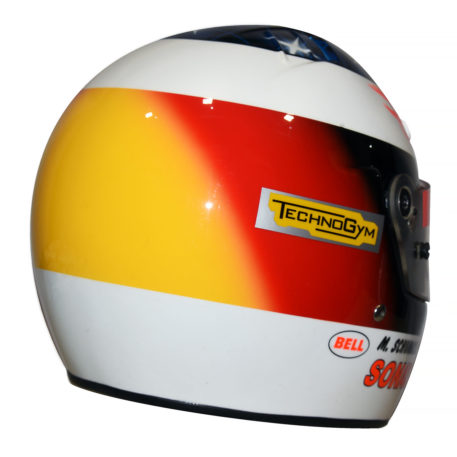 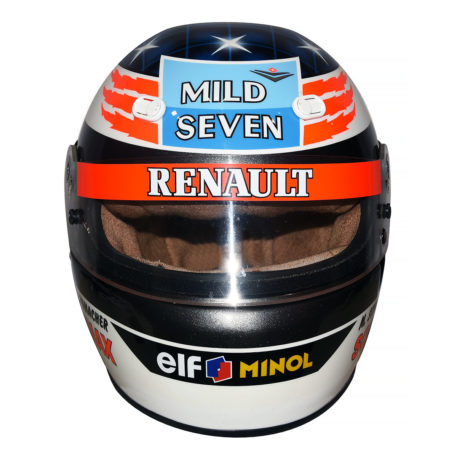 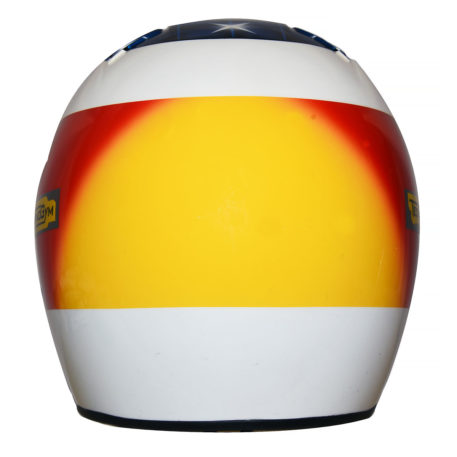 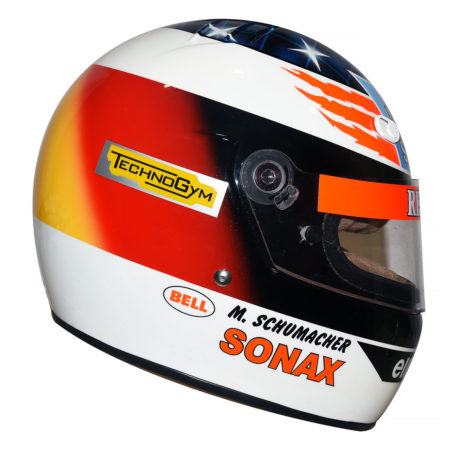 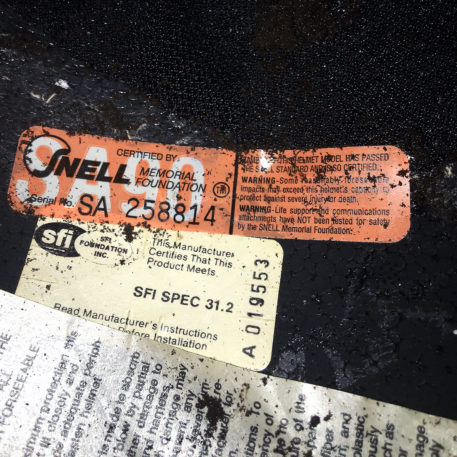 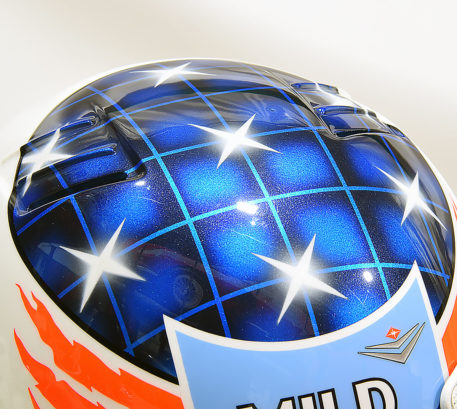 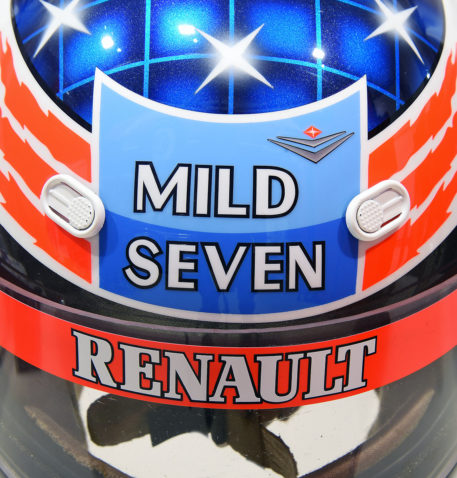 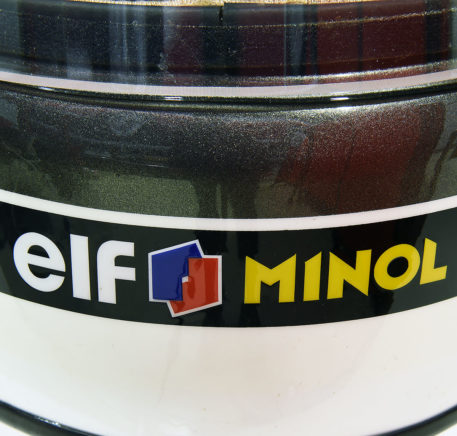 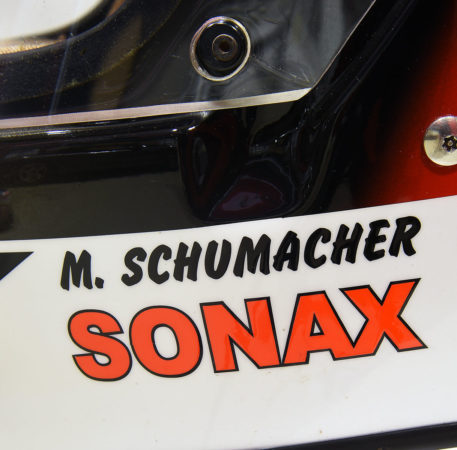 An original Bell helmet that has been professionally painted to replicate the M3 model Michael Schumacher used while going on to win the 1995 Formula One World Championship with the Benetton Renault Team. The excellent paintwork is on par with the original helmets Schumacher would have worn during these races.

The black, red, and yellow wide faded band encircling the helmet represents Schumacher’s home nation’s colours. On the red section is a TechnoGym (Schumacher’s personal sponsor at the time) branding logo decal. The blue graphic squares design on its crown has seven stars around its edge and one in the center. Dividing these two designs is a wide white band that has a large team sponsor’s Mild Seven Tobacco decal on the front of the helmet. On either side of this are three red ‘flame’ motifs. The bottom third is also in white and has an ELF Minol decal on the chin and Sonax lettered branding logos on both cheeks. Above these is Schumacher’s name. The visor has an engine supplier Renault sun strip attached to it. The helmet has covered vents and a beige interior exactly as Schumacher would have had in his original M3 helmets. Athough this is not an official Bell Helmets replica we feel the quality is as good as an official one. It also comes at a fraction of the price of an official replica.