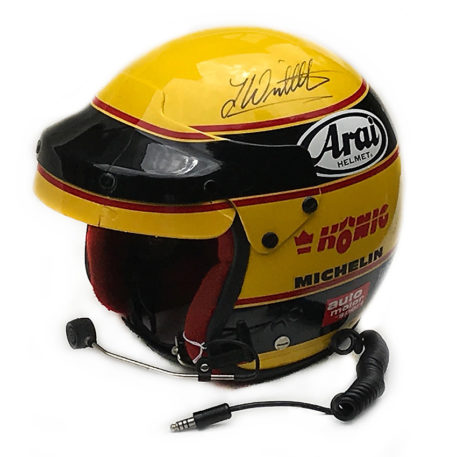 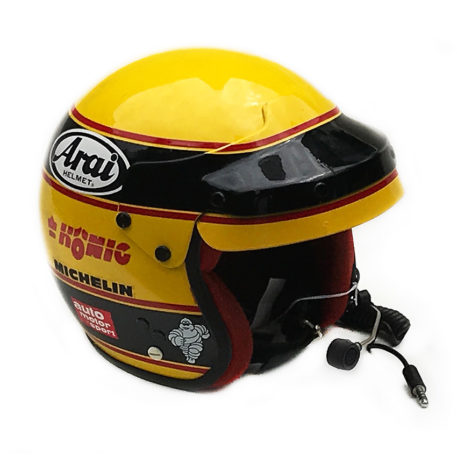 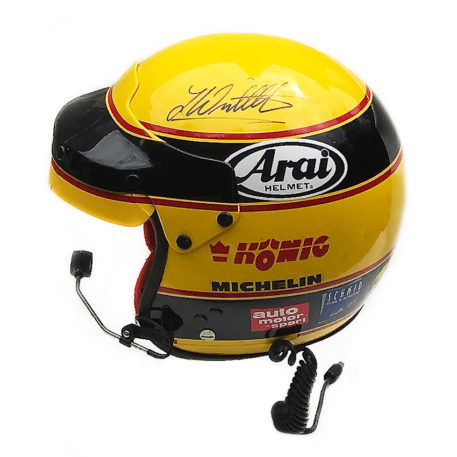 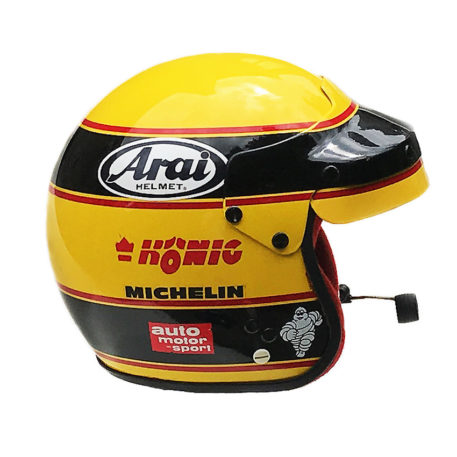 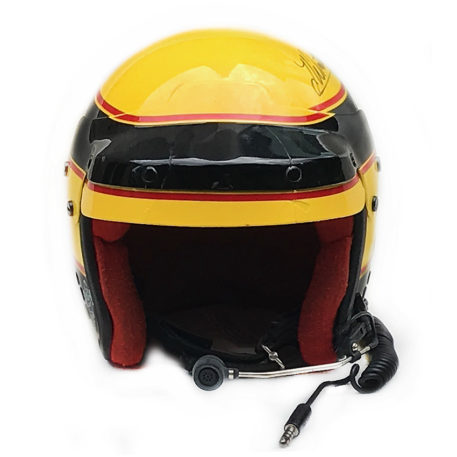 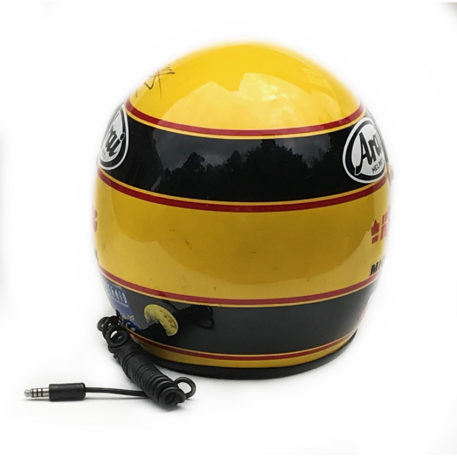 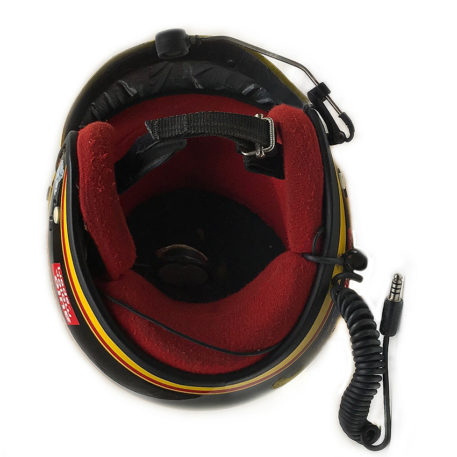 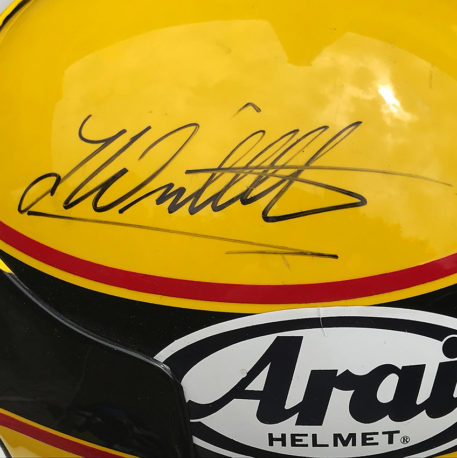 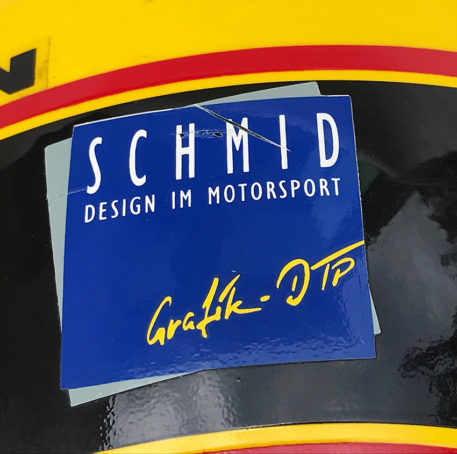 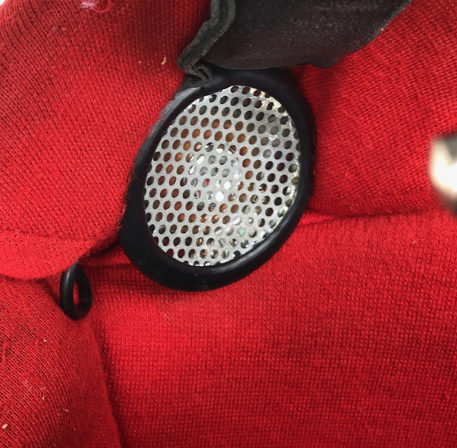 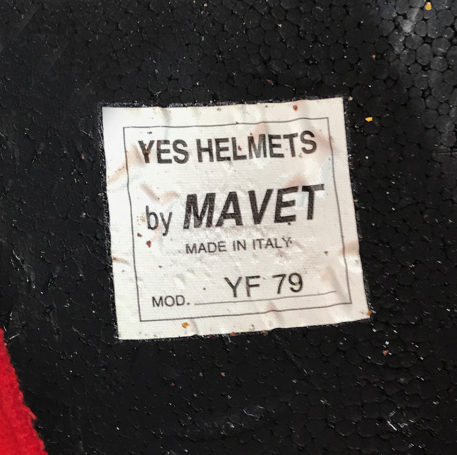 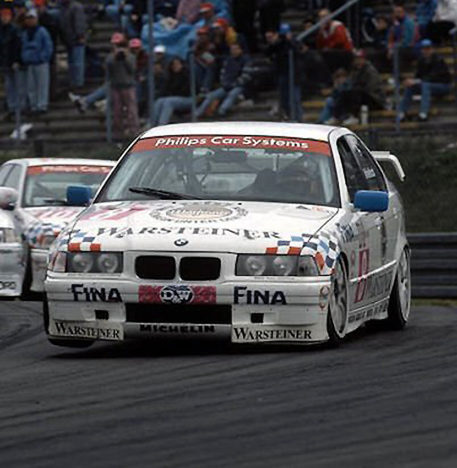 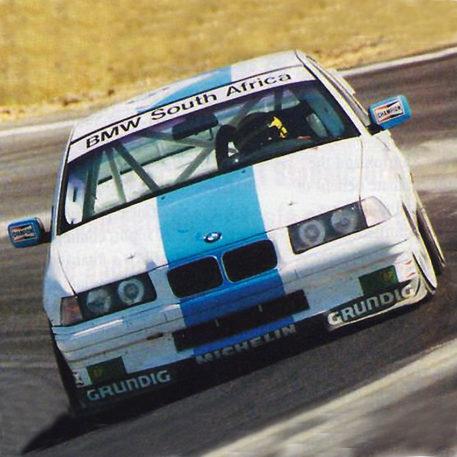 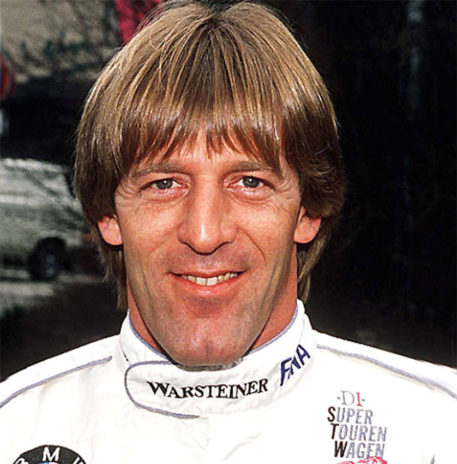 Great looking helmet painted by Schmid Designs in yellow with two black stripes edged in red running around it. Team suppliers Konig and Michelin decals have been applied to the helmet. It comes as last worn by Winkelhock with full radio and microphone still fitted to the helmet.

It has also been personally signed by Jo Winkelhock and comes with a full Certificate of Authenticity.