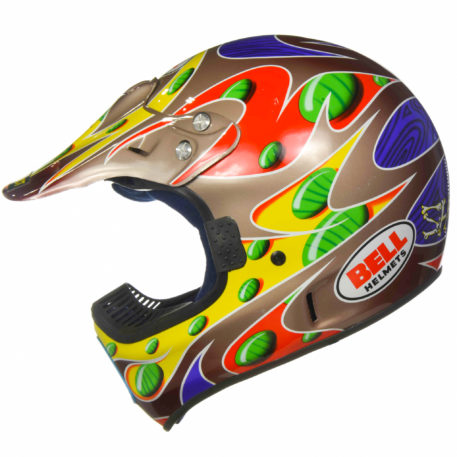 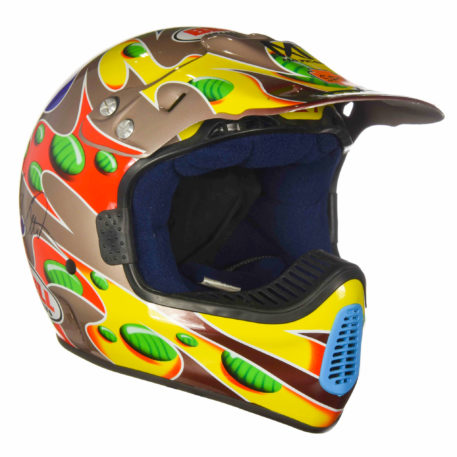 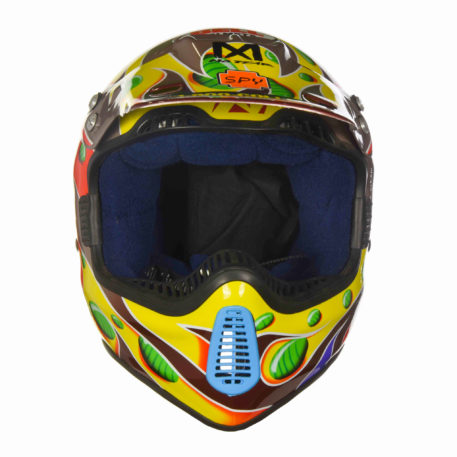 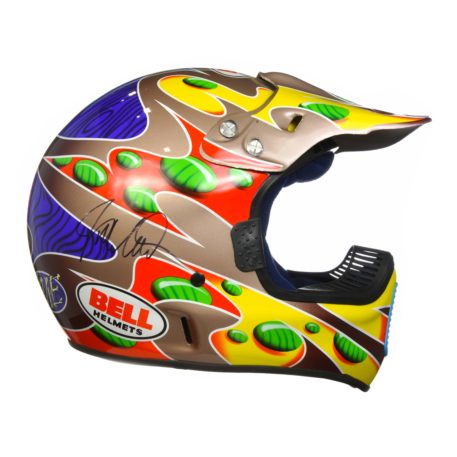 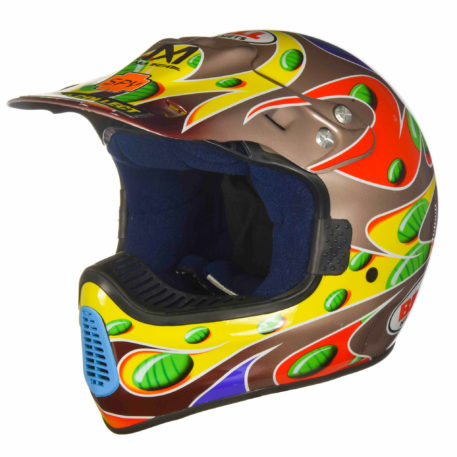 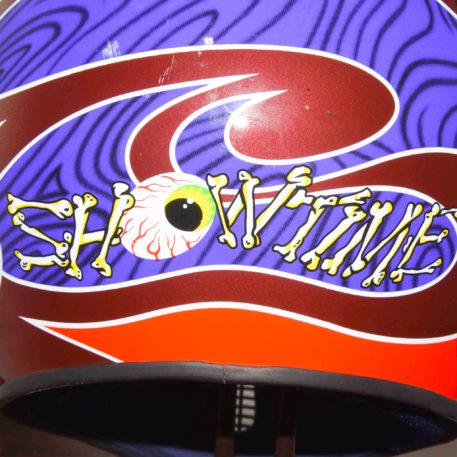 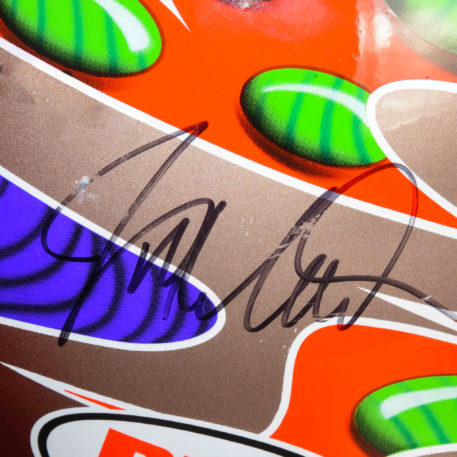 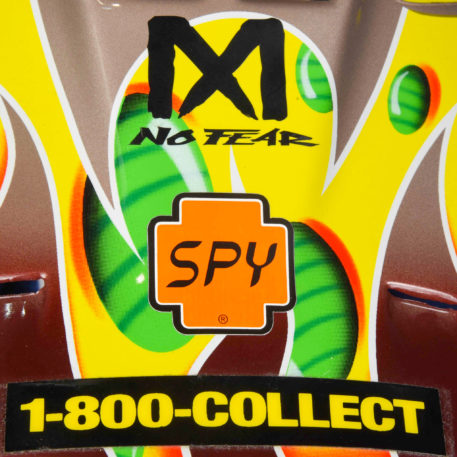 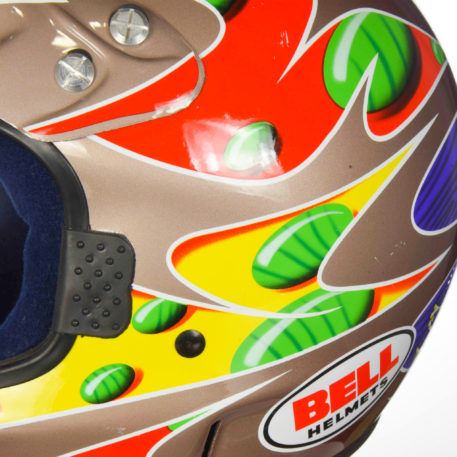 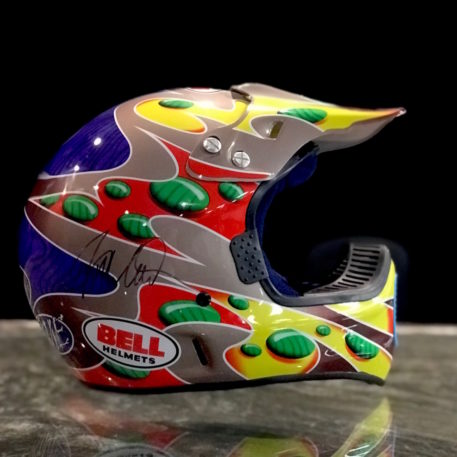 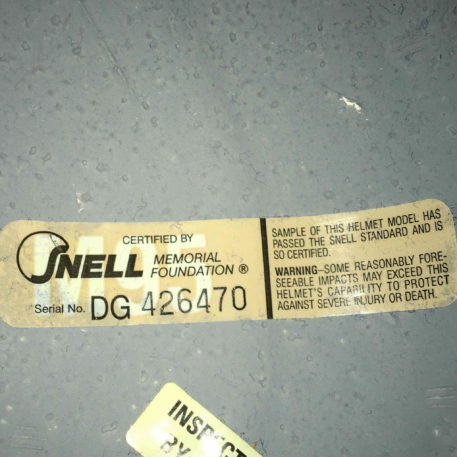 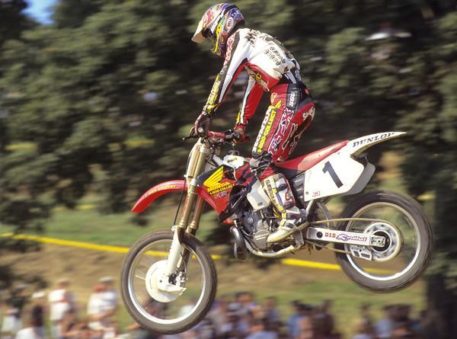 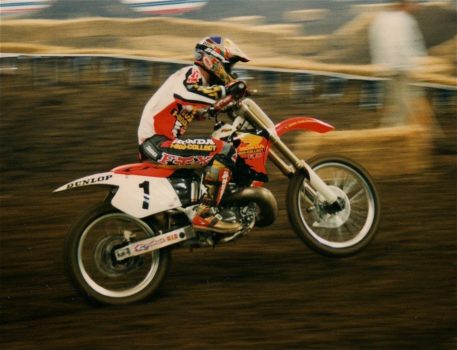 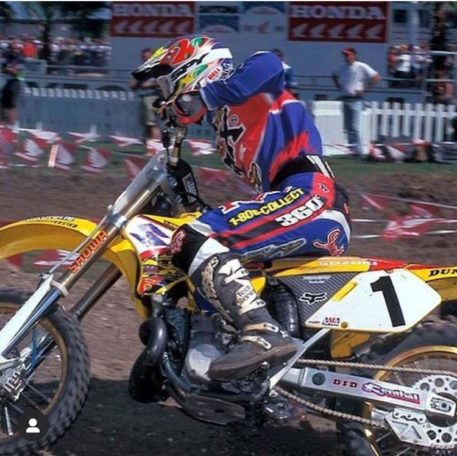 Race-used Bell Moto 6 helmet worn by Jeremy McGrath during the 1995 Motocross/Supercross season. Both of which were Championship seasons with the Californian scoring 10 wins in Supercross and 7 wins in Motocross competitions.

The colourful helmet is painted with a number of alternating yellow, brown and red bands outlined in white. The peak features branding logos from No Fear, SPY and 1-800-COLLECT. On the lower back of the helmet is a SHOWTIME logo with BELL logos on the top and lower sides of the helmet.

The helmet is signed by McGrath in black marker pen and comes with a Certificate Of Authenticity.

Don’t miss this very rare opportunity to add a helmet from this Motorsport legend to your collection today.