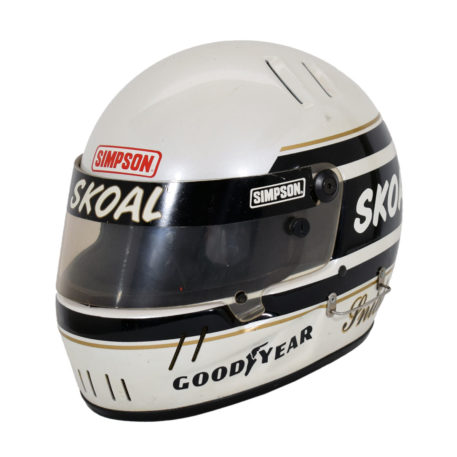 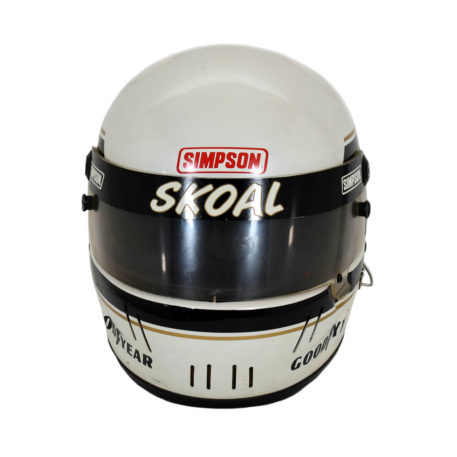 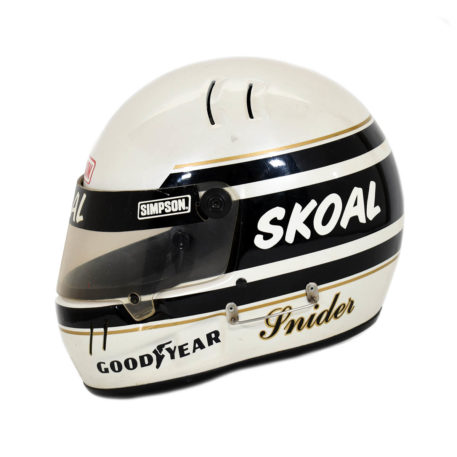 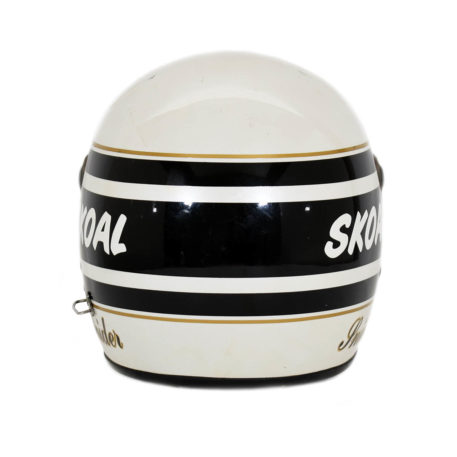 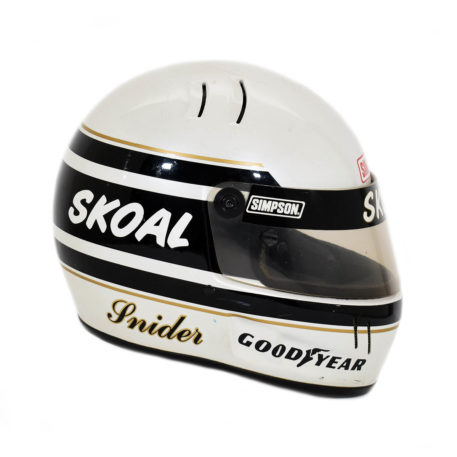 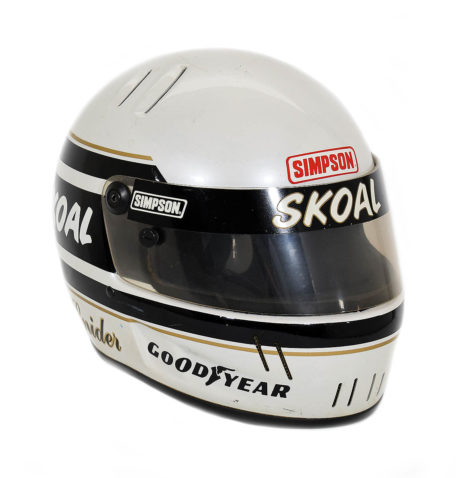 Helmet worn by American veteran Indy and Sprint car driver George ‘Ziggy’ Snider. Spending many seasons in the USAC Silver Crown series, Snider is also a 22-time starter of the Indianapolis 500 and made many starts driving for his good friend A.J. Foyt. Snider has the unfortunate record of competing in the most Indianapolis 500’s, without actually winning one, with his best finish being 8th in 1975. Often referred to as Ziggy Snider, George raced in Super Modified, Modified and Sprint cars in the early 1960’s and was particularly good on dirt-tracks. He was the 1971 USAC Silver Crown Champion and the 1981-1982 USAC Champ Car champion, the last “big car” championship to include pavement races other than the Indy 500. After quitting active racing he became a successful team-owner in the USAC Silver Crown Series, but has since retired.

This was helmet gifted to Ron Burton by his good friend George Snider. The helmet comes with a Certificate Of Authenticity.