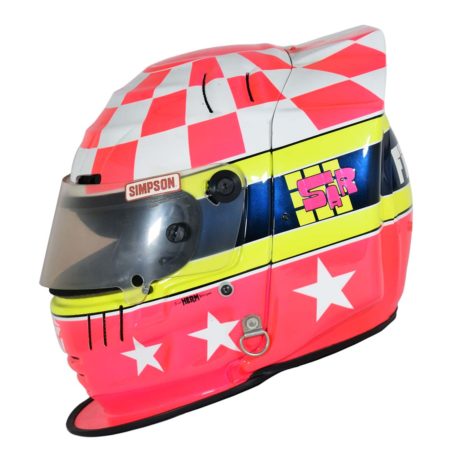 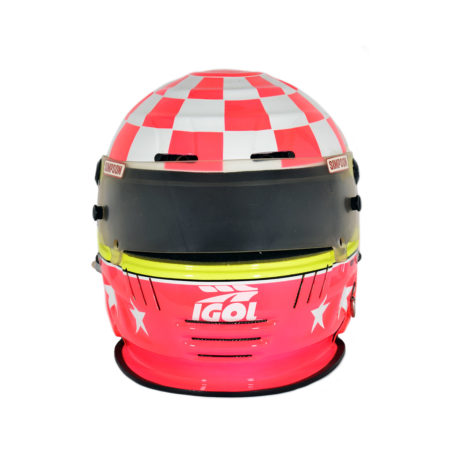 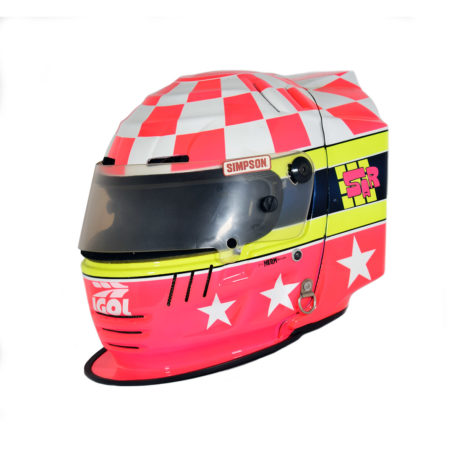 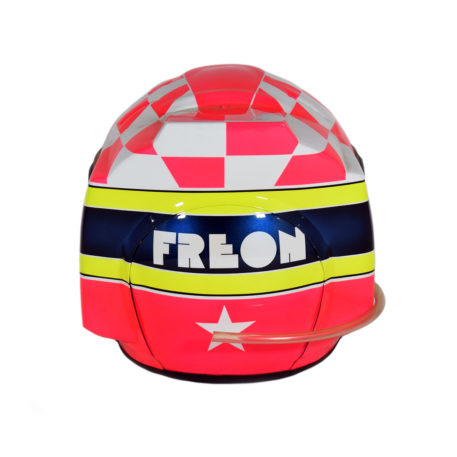 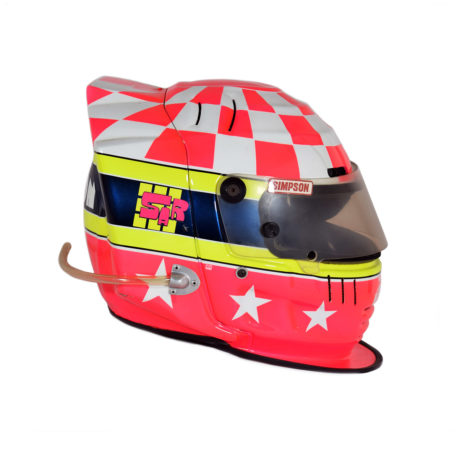 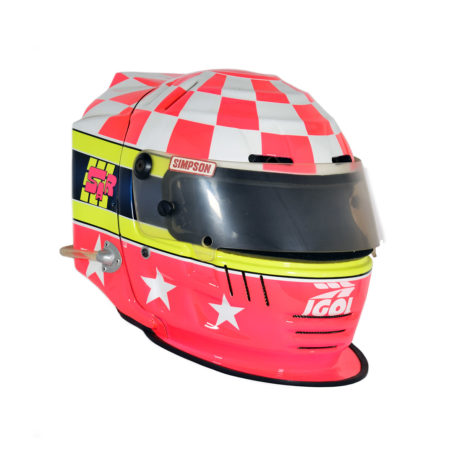 Very rare opportunity to add a Simpson Velociraptor helmet to your collection.

Velociraptor helmets have an aerodynamic ‘squared off’ back section and are highly collectable. These helmets were only used in IndyCar during the 1995 and 1996 seasons after which they were outlawed and banned. This is a great opportunity to own a really neat helmet for your collection.

Freon started racing motorcycles in his mid teens and began his career on four wheels in France racing in Formula Renault and then Formula 3 from 1986 to 1990. Fréon then moved to the United States and participated in the Firestone Indy Lights Championship from 1991 to 1993, scoring four wins. He would collect a ‘Rookie of the Year’ award, as well as being the championship runner-up in both 1992 and 1993. Freon then stepped up into the CART IndyCar Series, having four starts in 1994. The following year, after starting at the Long Beach race, Fréon attempted to qualify for the 1995 Indy 500.

Racing in outdated equipment, he almost qualified with a speed of 224 mph but was eventually bumped from the field. Freon was also driving Endurance Sports cars during this same period and had many successes in prototypes, including a LMP2 class win in 1996. Fréon signed onto the Chevrolet Corvette factory team in 2000, winning at the 24 Hours of Daytona in 2001. Franck continued his active racing career until retiring in 2003.

This stunning looking, very rare Simpson Raptor helmet has been painted by Just Herm Designs. It features a florescent pink & white checkered top half. The bottom is also in florescent pink and has three white inline stars along the side, with sponsor’s IGOL logo applied to the chin. These are divided with florescent yellow and metallic blue bands running around the middle with a SAR logo on both sides. The rear of the helmet has Fréon’s name in the blue band and another white star added to the bottom. Fréon entered three events in 1995. Freon would be pictured using another Simpson helmet (not this one).

Don’t miss this rare opportunity to add this great collectable helmet to your collection today.