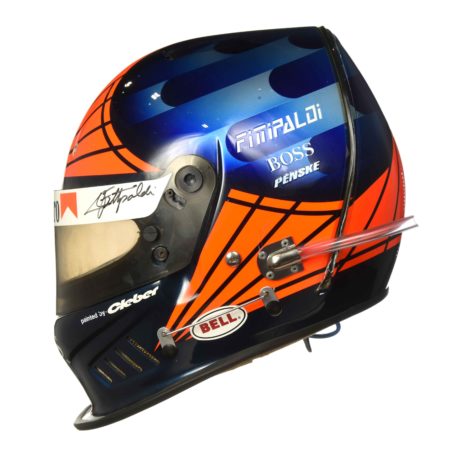 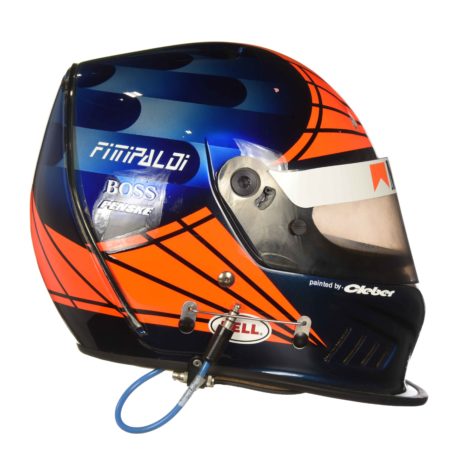 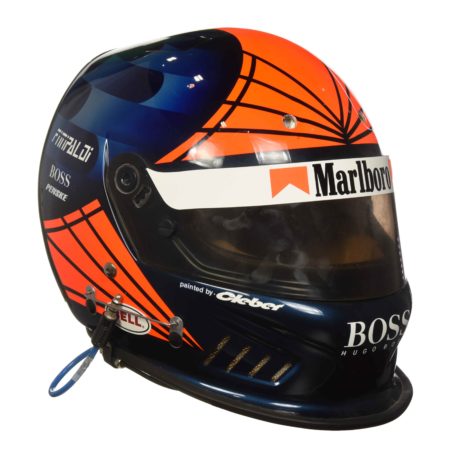 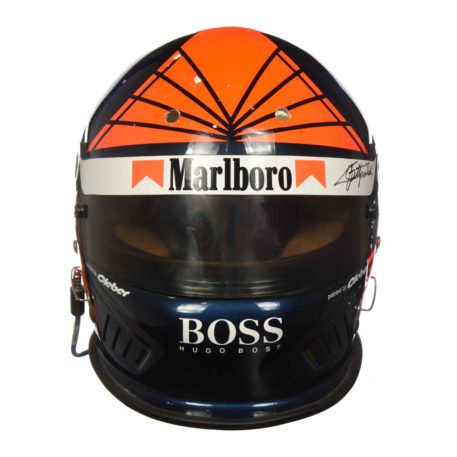 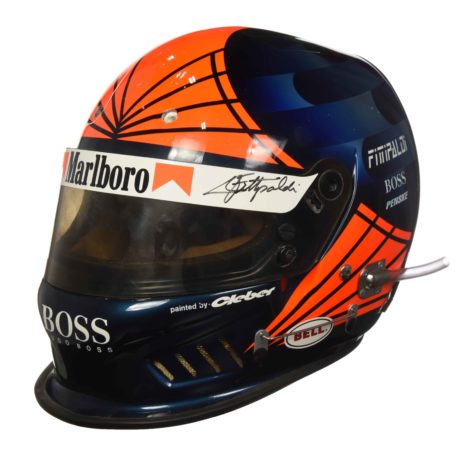 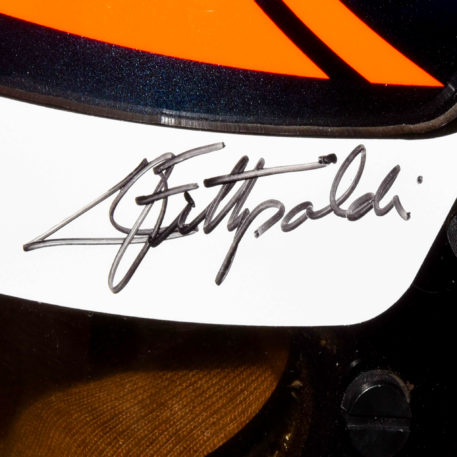 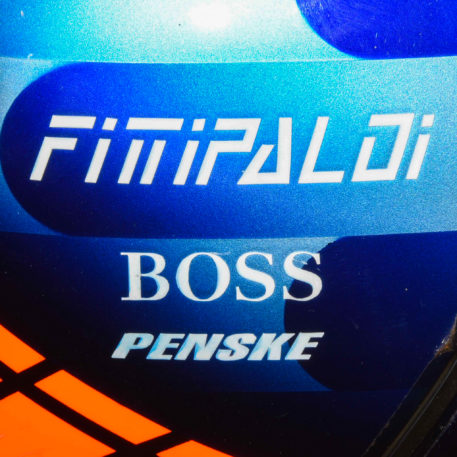 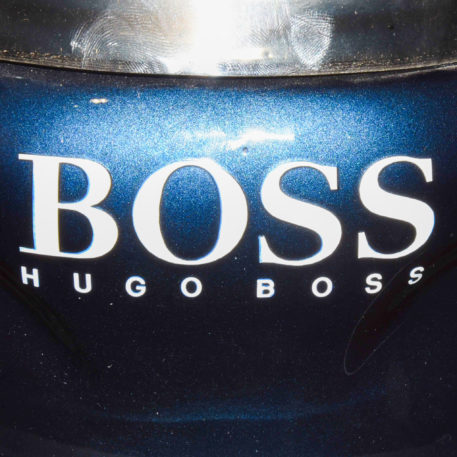 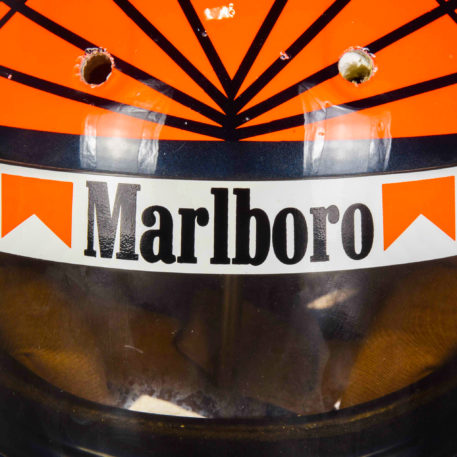 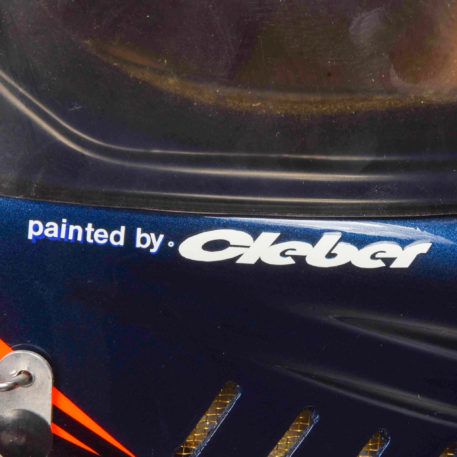 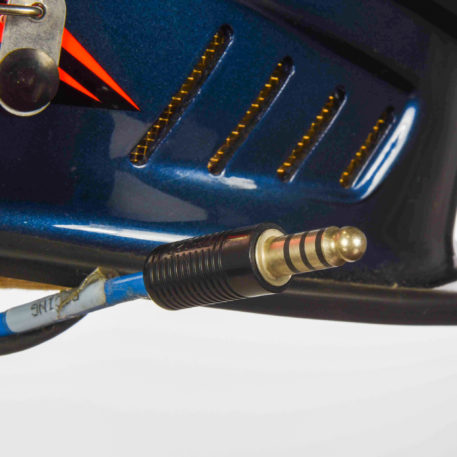 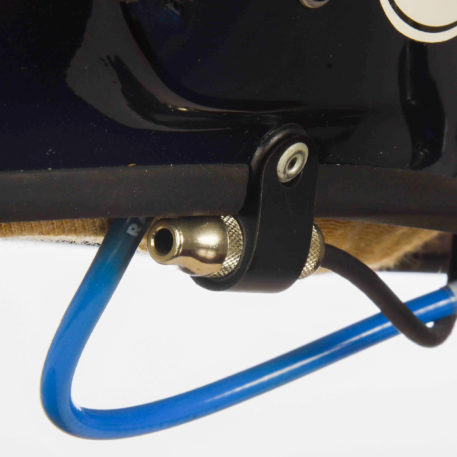 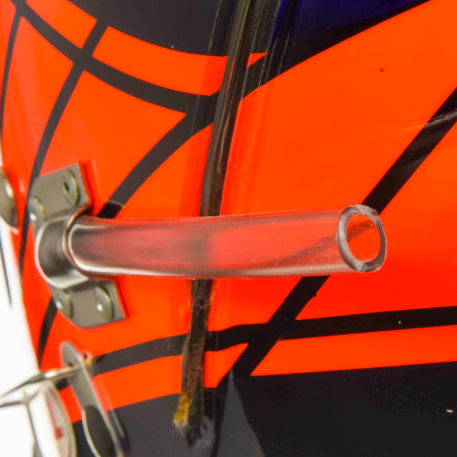 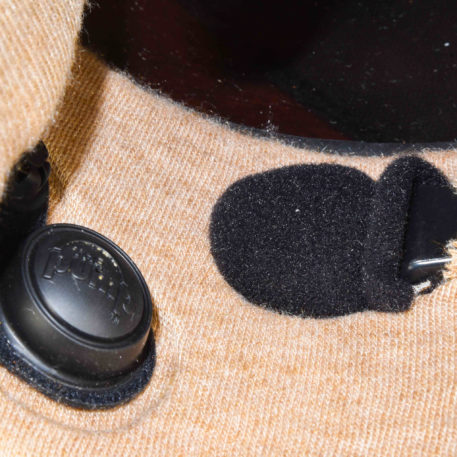 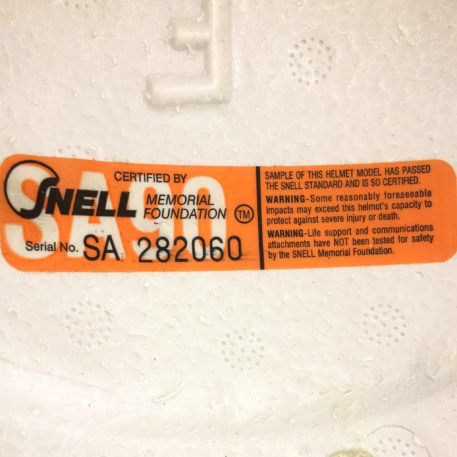 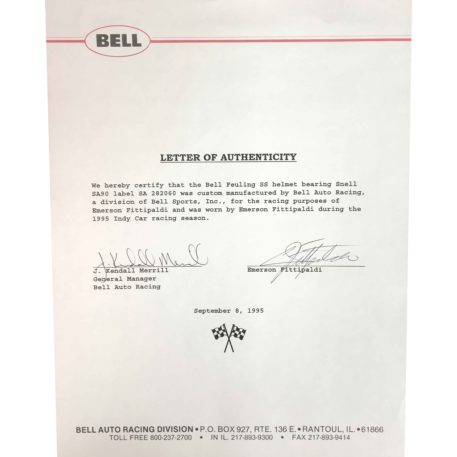 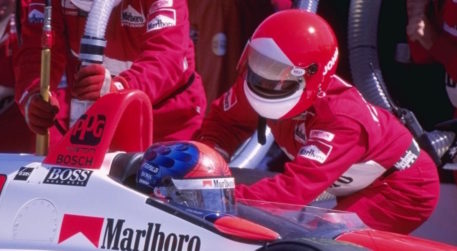 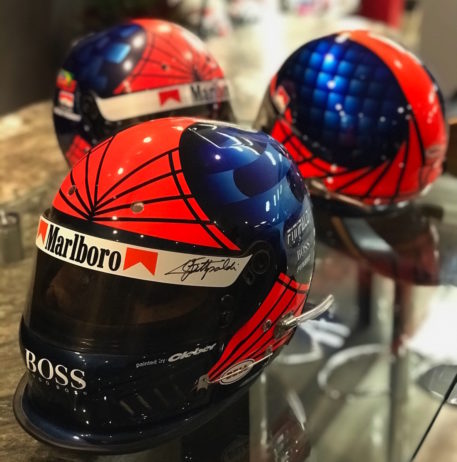 For Emerson, the 1995 season with Marlboro Team Penske was somewhat of a roller coaster ride. At Indy the team did not qualify. However before Indy at Phoenix was looking like he was heading for the win until a late pit for a “splash-and-go” handed the lead to Michael Andretti, but Andretti didn’t realize he had inherited the lead. Andretti allowed Robby Gordon to pass him for the lead with five laps to go, with Fittipaldi finishing in third position. Emerson then would follow-up that performance with a race win at the Nazareth Speedway, which would also be the last major win of his storied career. The helmet has been photo matched to Phoenix.

Fittipaldi is the only driver in History to win two Formula One World Championships and 1 IndyCar Championship. He retired with 14 wins in F1, 22 in CART and with Indianapolis 500 victories in 1989 and 1993. He also had 17 poles in CART, but interestingly he only converted one of those qualifying successes into a race victory, in 1992 at Cleveland.

Not only is this helmet design one of the most popular and best looking of all time, the helmet model from Bell is also one of the most demanded for collectors world wide. This race-used helmet was hand painted by Cleber and has been signed by Fittipaldi.  It comes complete with original radio, slide bars, pop off valve and original 1995 Letter Of Authenticity which was hand signed by Emmo and J. Kendall Merrill the General Manager of Bell Auto Racing at the end of the season.

As always a Hall of Fame Collection Certificate Of Authenticity is also supplied with this item.

Do not miss this extremely rare opportunity to acquire a race worn helmet from one of the all time greats.