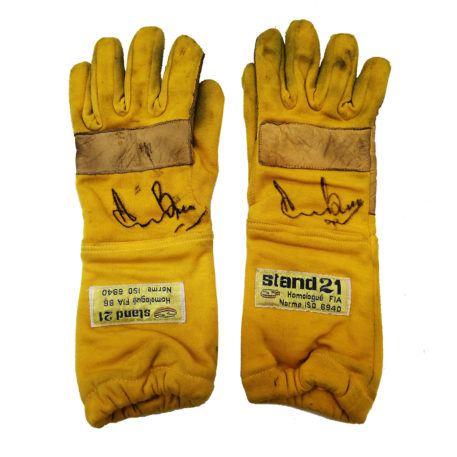 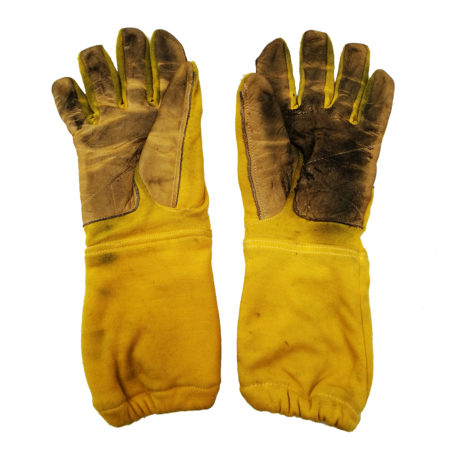 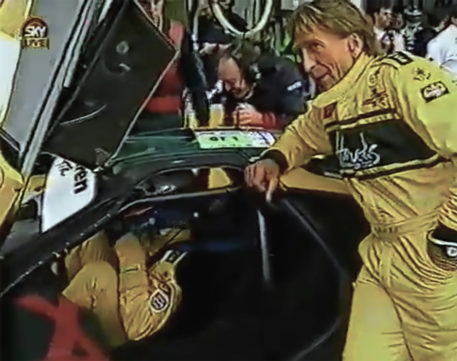 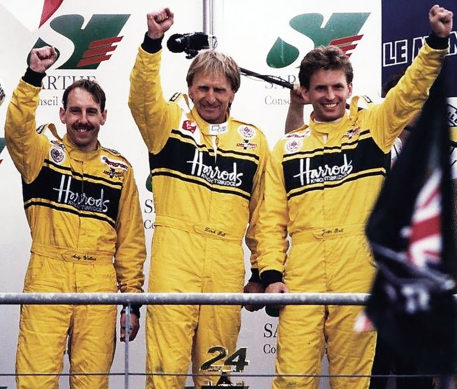 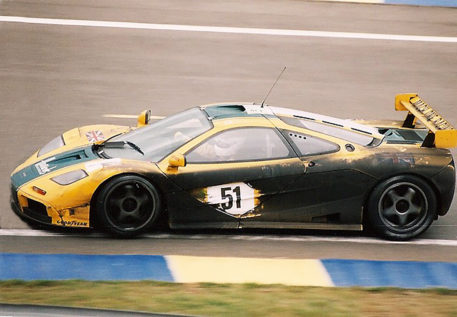 These gloves were used while driving the Harrod’s sponsored McLaren F1 GTR during the 1995 Le Mans 24 Hour race. It was a special race for Bell and was his personal favourite, even though the period between 1981 and 1988 was the peak of his Le Mans career. The reason being is that he would stand on the podium together with his son Justin, along with co-driver Andy Wallace, where the trio finished 3rd overall and 2nd in their class. It was their second time participating in Le Mans as a father & son duo. The first time they competed together was in the 1992 race with Tiff Needell in the Porsche 962C  where they finished 12th.

These gloves show very heavy use and were probably worn by Bell for each of his stints in the car, The bright yellow color matches the Harrod’s sponsored suits the drivers wore during the race. A similar pair of gloves can be seen being worn by Justin Bell sitting in the car with his father looking on (see pictures).

Both gloves are personally signed by Derek Bell and are accompanied by a Certificate Of Authenticity. 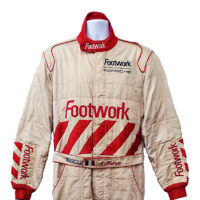