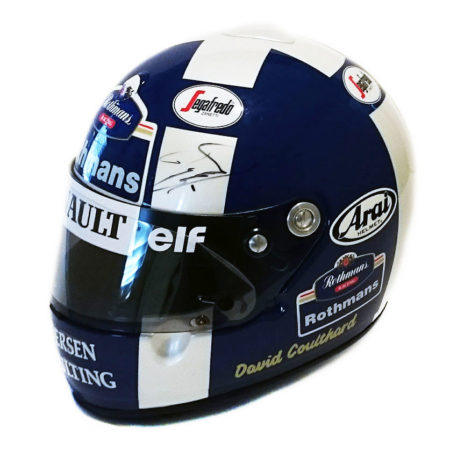 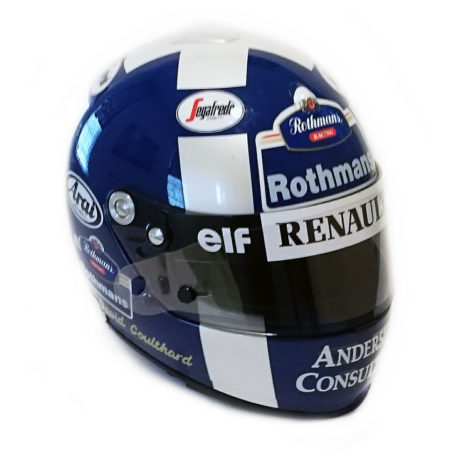 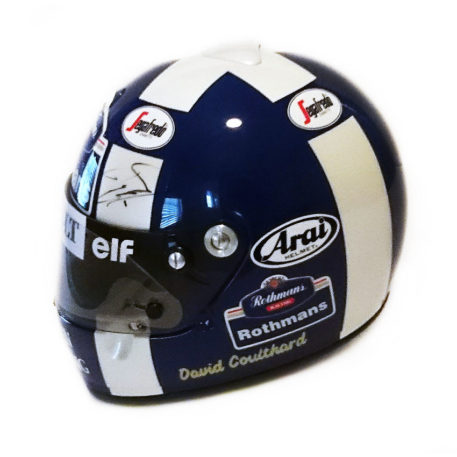 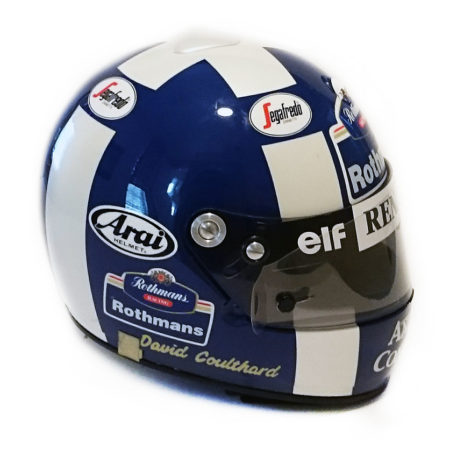 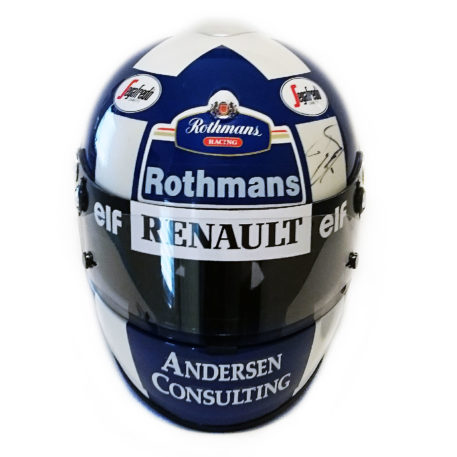 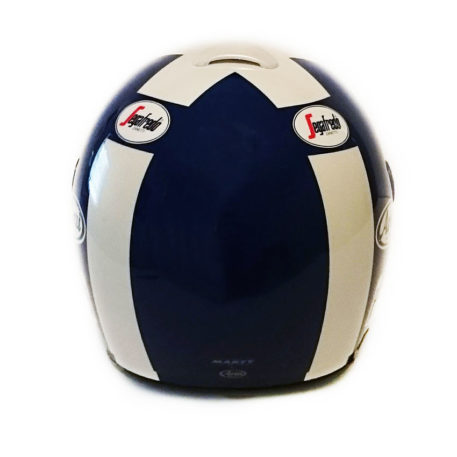 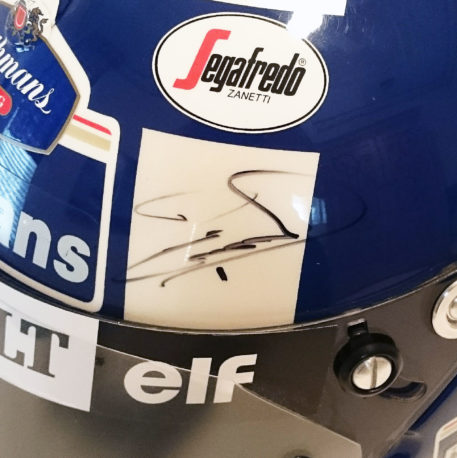 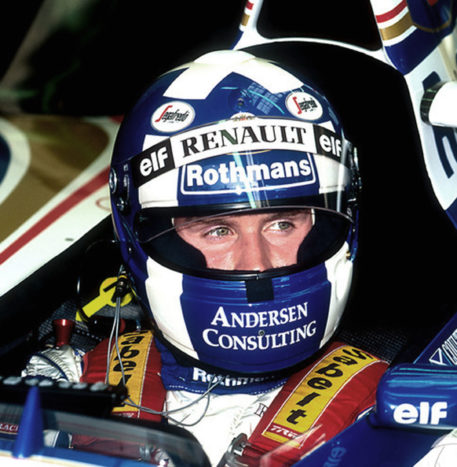 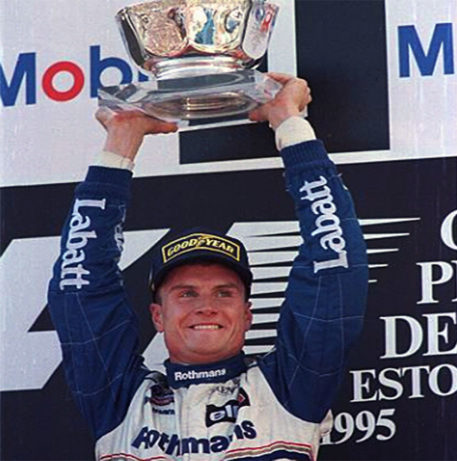 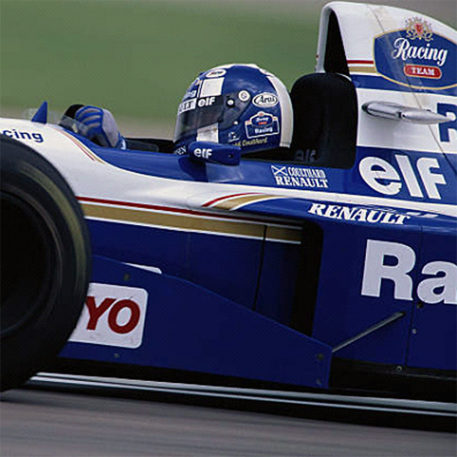 Original limited edition Arai replica helmet that is an exact reproduction of a helmet that would have been worn by Scottish driver David Coulthard, while driving for the Rothmans Williams Racing Team during in the 1995 season. Coulthard who had been the team test driver when he was promoted to a full time ride after the tragic death of team mate the great Ayrton Senna in 1994. In his second season with Williams, Coulthard driving a FW17 had eight podium finishes in the nine races he finished including his first F1 win in Portuguese Grand Prix.

This original Aria helmet painted by Marty, has the St Andrew’s Cross, a white cross on a blue base running from the top downwards. It also has the main team sponsor Rothmans Tobacco decals to the front top and sides, The chin has Anderson Consulting lettering and between gaps in the white cross are four Segafredo oval decals. The visor has a Renault, Elf decal strip.

The Helmet has also been personally signed by David Coulthard and comes with a full Certificate of Authenticity.