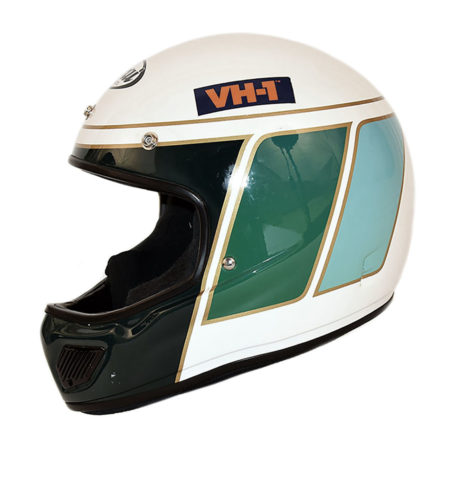 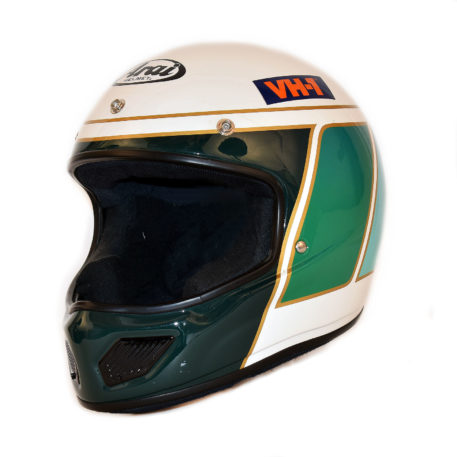 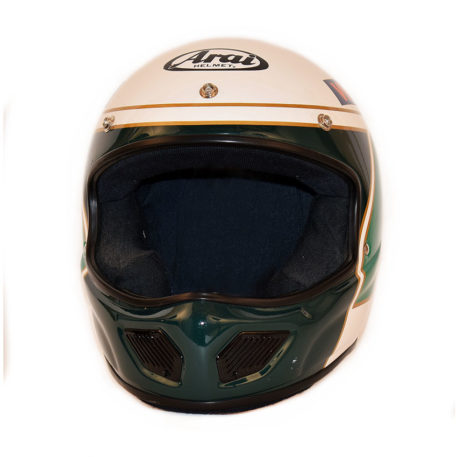 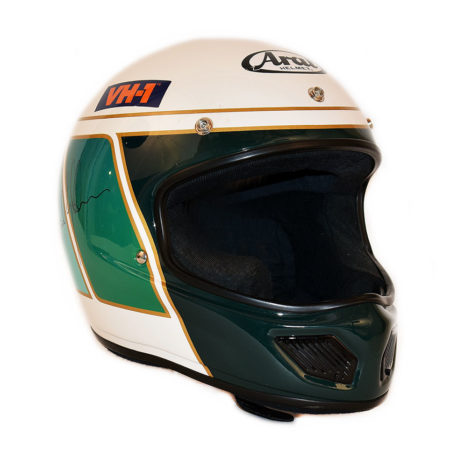 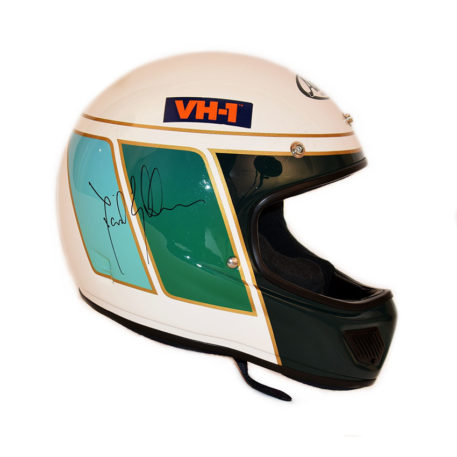 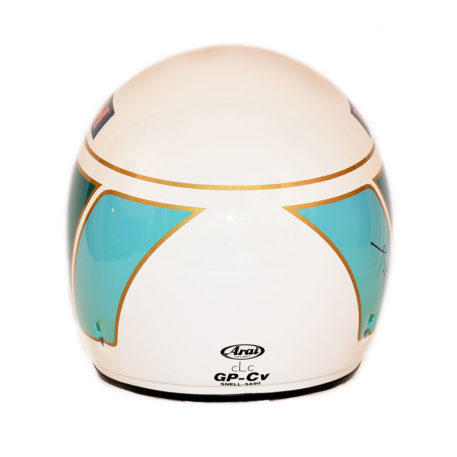 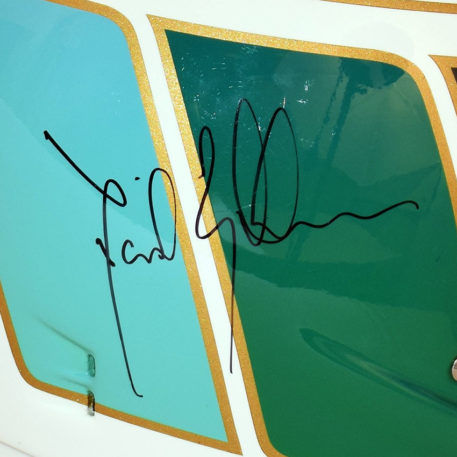 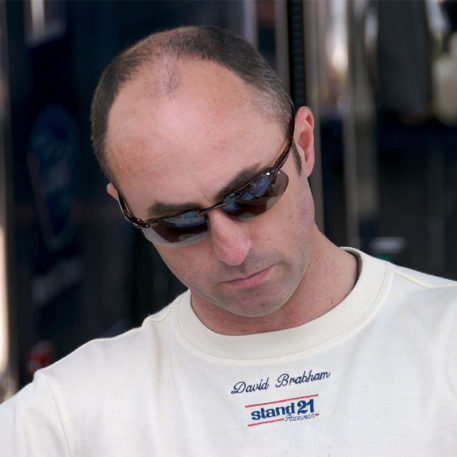 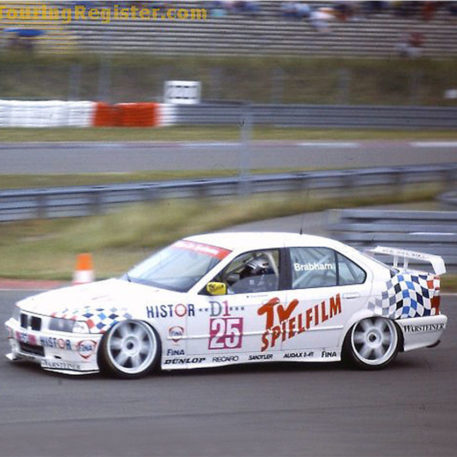 Arai helmet worn by David Brabham in 1995 while driving in the European and South African Touring Car Championships. Brabham is the youngest son of three-time Formula One World Champion Sir Jack Brabham. The Australian driver had stints in Formula One, Formula 3000 and Endurance Sportscars and is a previous winner of the 24 Hours of Le Mans, the 12 Hours of Sebring and the Bathurst 1000.

This very rare Arai GP-CV model helmet was worn sometime during the 1995 season while driving in BMW Touring Cars in various international series (probably German races). Driving BMW 318iS and 320i cars, Brabham had thirty two races during the season  highlighted by 5 top five finishes.

This white helmet has a similar design to his 1990 F1 helmets. It has green and turquoise gold edged panels on either side with a darker green panel on the front around the face opening that is also edged in gold. It has television company VH-1 decals applied to the top.

This rare and unusual helmet is personally signed by David Brabham and has a full Certificate Of Authenticity. 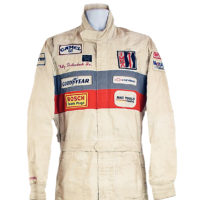