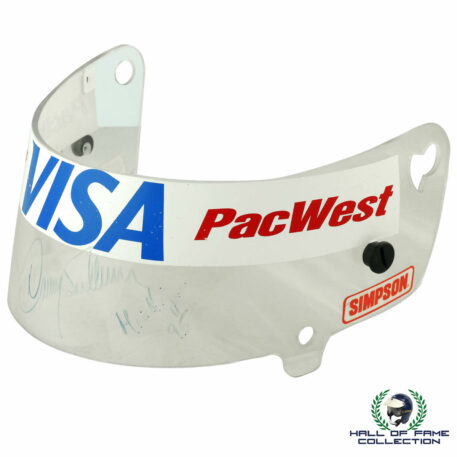 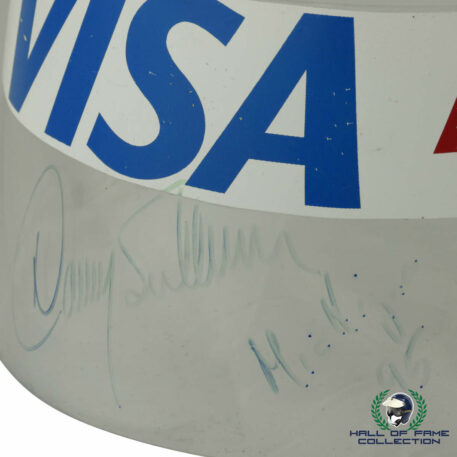 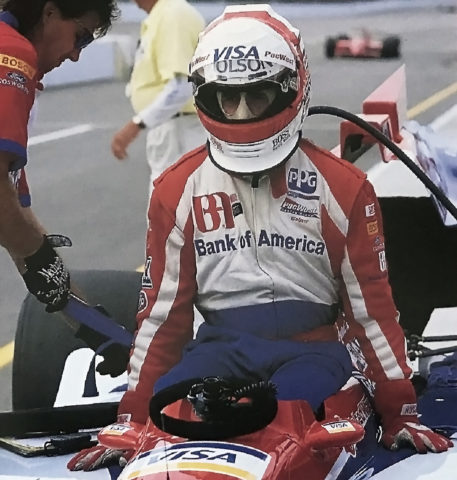 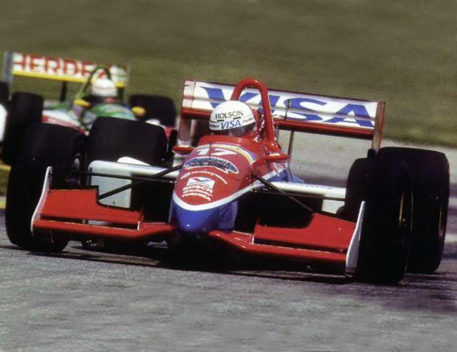 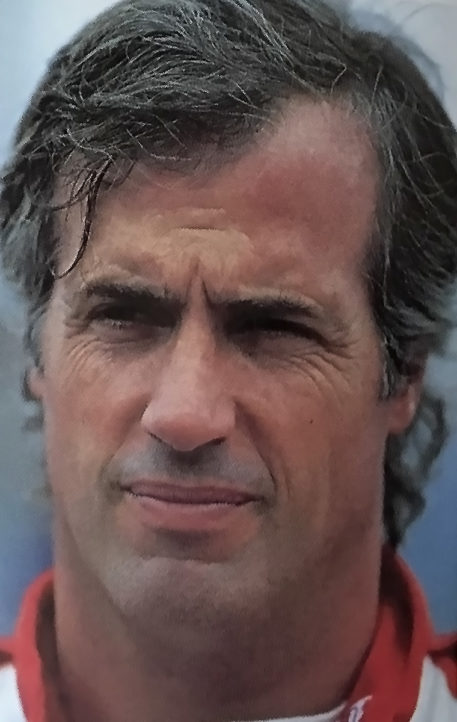 Helmet visor race-used by American racing driver Danny Sullivan and worn in his final season in IndyCar driving for the PacWest Racing team. The 1985 Indy 500 winner and 1988 IndyCar Champion was having a solid campaign when his season ended early after a serious crash at the Michigan International Speedway. While recovering he announced his retirement from open-wheel competition.

This Simpson visor has been personally signed by Danny Sullivan and comes with a full Certificate Of Authenticity.