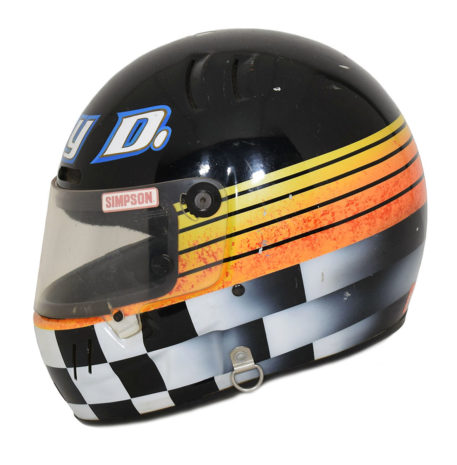 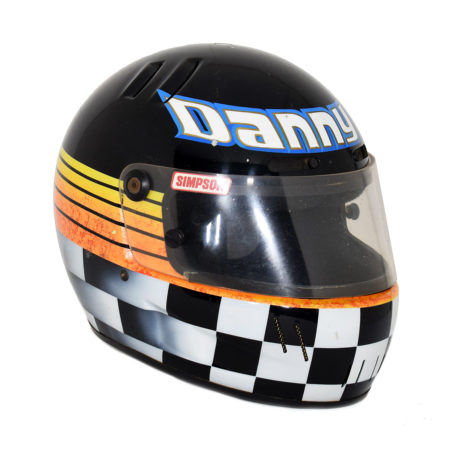 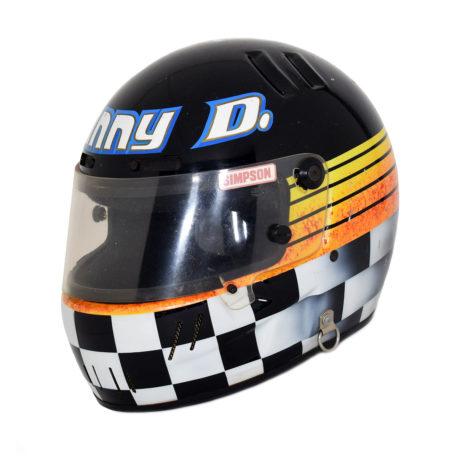 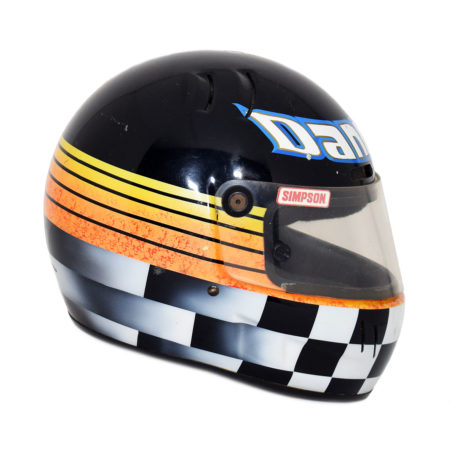 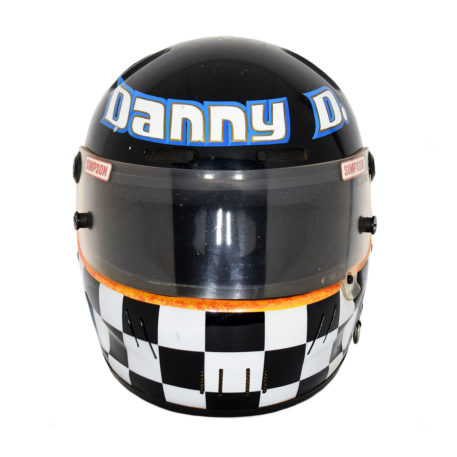 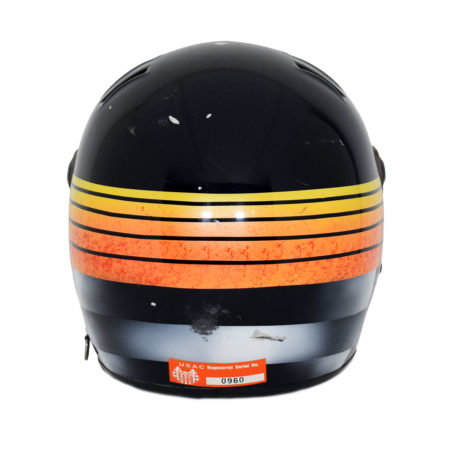 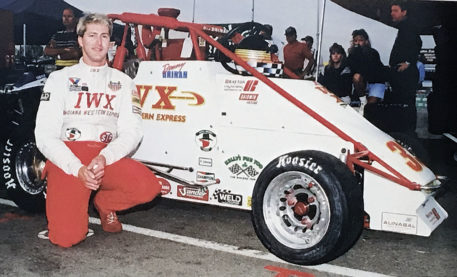 Helmet used by Sprint Car driver Dan Drinan. He first started racing in 1983 and was a regular competitor in Midget racing and the Silver Crown cars series till he quit driving in 2008. He had a horrific near-fatal crash in 1992 and many thought he would never recover, but returned to the track late the following season. His best season was 1995 where Drinan had five wins and was vying for the championship but just missed out to eventual champion and bitter rival Tony Stewart. Even so, this was an amazing feat considering what had happened to him 18 months previously. Drinan had also made attempts to qualify for the Indy 500 in 1996, 98 and 2000.

This Simpson helmet comes from that 1995 season (photo matched). It has a black top half with ‘Danny D’ white lettering edged in blue and gold on the top front. Through the middle is a yellow fading to orange thick band that is divided by four black pin-stripes. The bottom half of the helmet has black and white checkers that fade at the rear of the helmet. It still retains its USAC tech sticker.