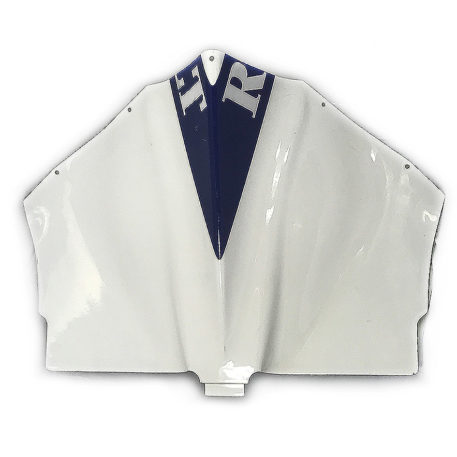 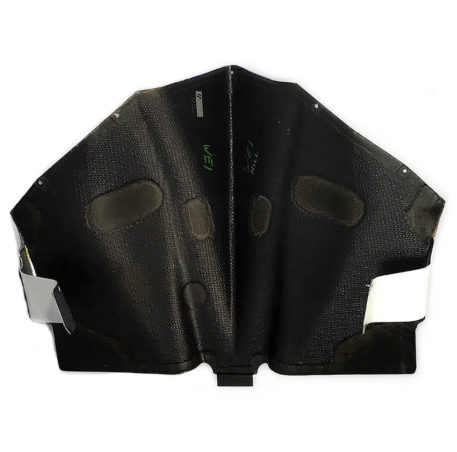 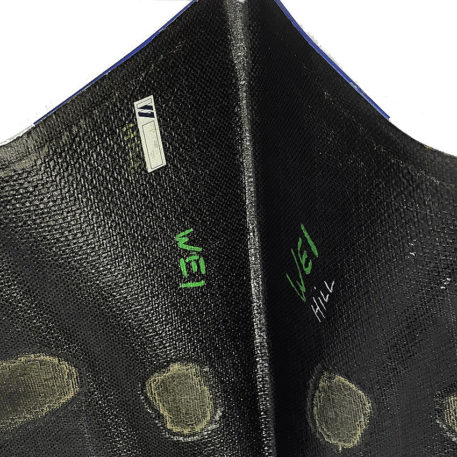 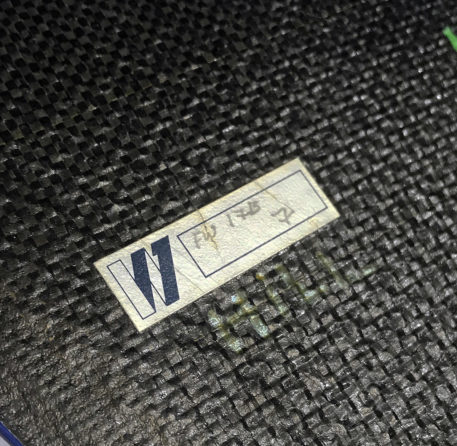 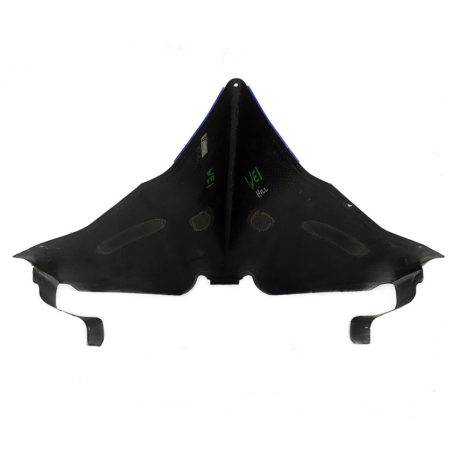 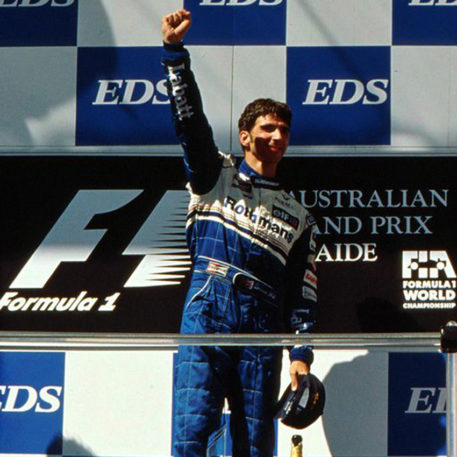 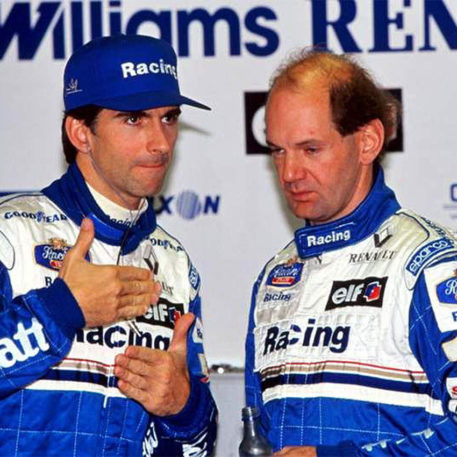 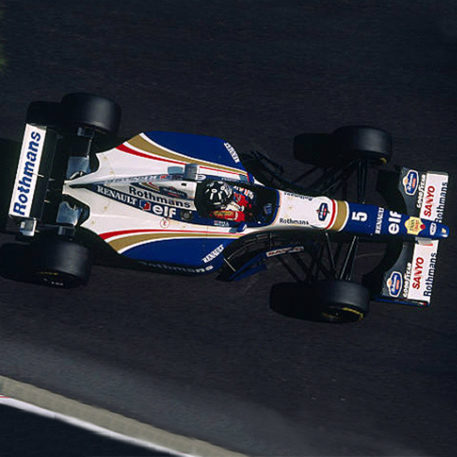 Original Williams carbon fibre part that formed part of the engine/gearbox/suspension cover on Damon Hill’s FW 17B car from the 1995 season. The part attached to the rear of the car and onto the end of the engine cover with dzus fasteners. It covered mainly the suspension shocks and joints. The FW 17 was designed by Adrian Newey and was widely acclaimed as being the best and most competitive car of the 1995 F1 season. The updated FW17B was introduced for the last five races of the season and had a win at the last race in Australia and two other podium finishes that saw Damon Hill finish second in the Championship.

Made from ultra light carbon fibre and painted in the teams white and blue Rothmans Williams colors of the time and has the ‘R and T’ from engine suppliers Renault on the blue band. It has a Williams parts sticker on the underside, it has hand written team markings ‘WE1’ and ‘HILL’ in marker pen.