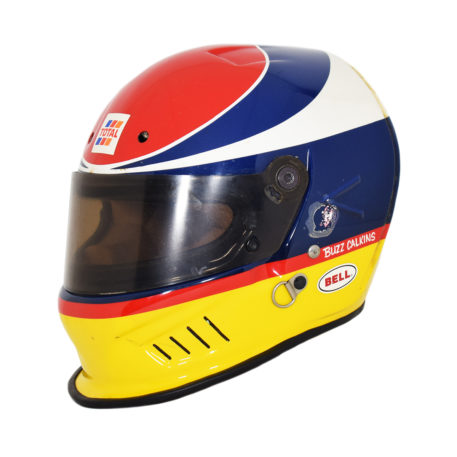 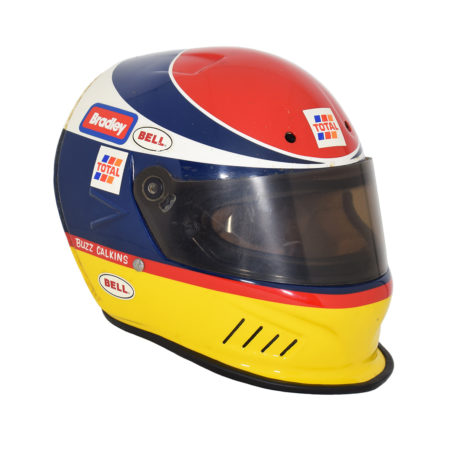 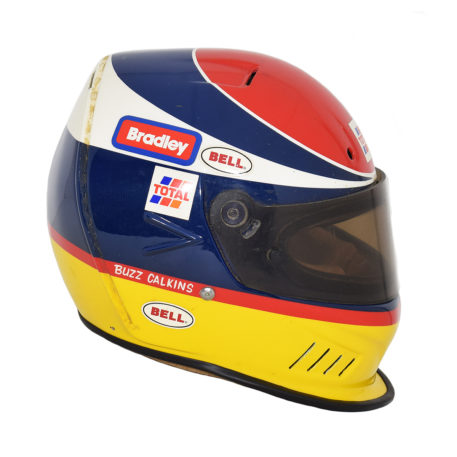 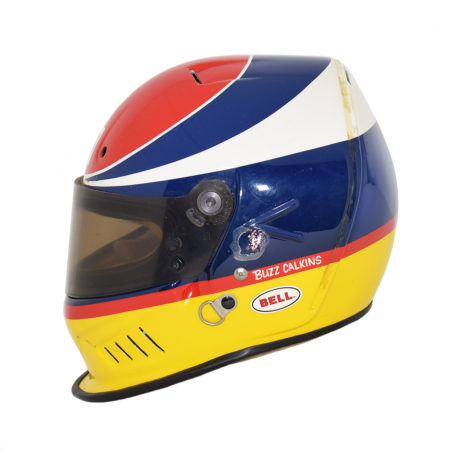 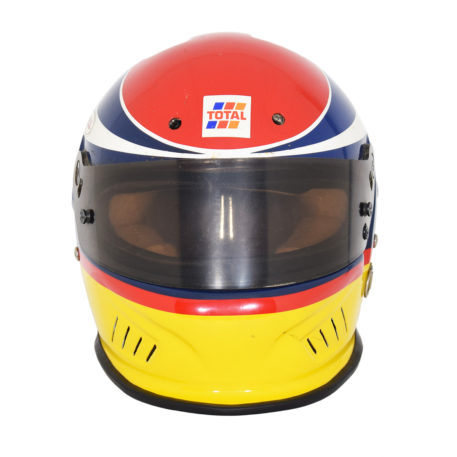 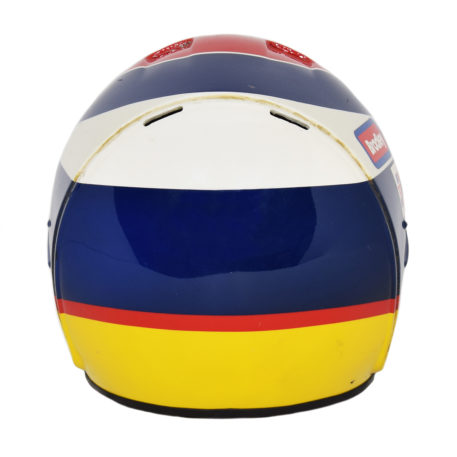 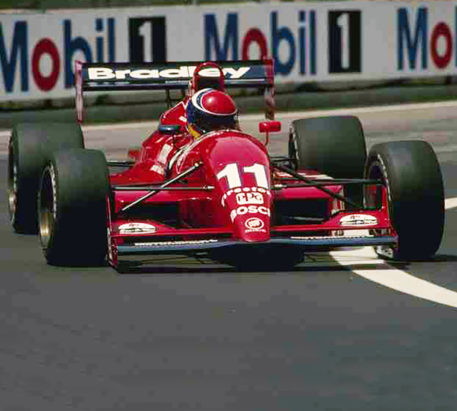 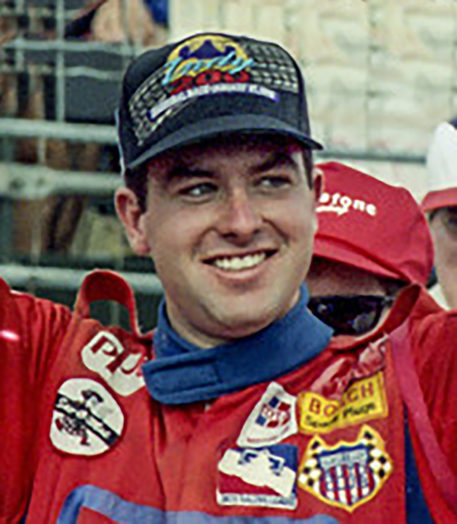 This helmet was used by Buzz Calkins. He is famous for being one of the drivers to compete in the inaugural season of the Indy Racing League. He was the first driver to win a race in the series at the inaugural race, the 1996 Indy 200 at Walt Disney World. And was the league’s first co-champion with Scott Sharp in the three-race series. He competed in the Indianapolis 500 six times. His win in the series’ first race would end up to be his only IRL win but had. He drove until 2001 when he retired and ventured into the business world.

This Bell helmet was used during Calkins promising Indy Lights career (probably 1995) where he drove for his father’s Bradley Motorsports team. Calkins posted many top-ten finishes including two podiums. The bell helmet has the red, yellow blue and white colors that Calkins helmets wore throughout his career.

if you collect items from IndyCar Champions, this is likely your only chance to get a helmet from the first-ever IRL Champion.