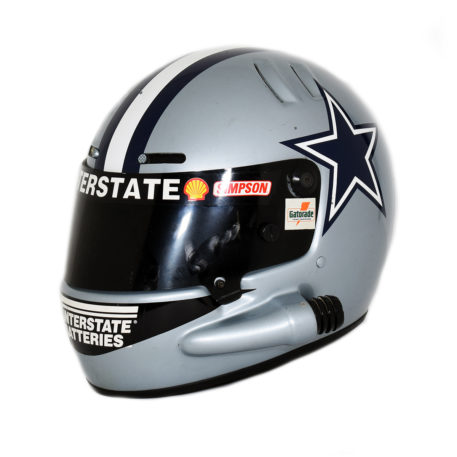 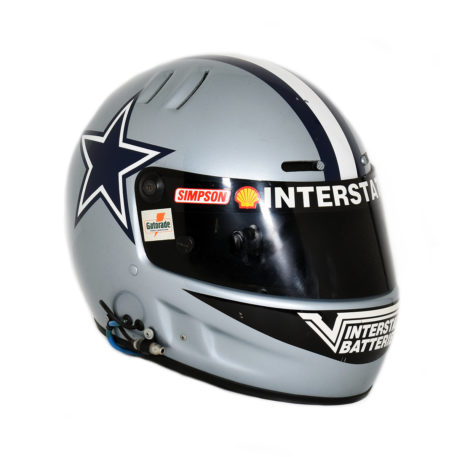 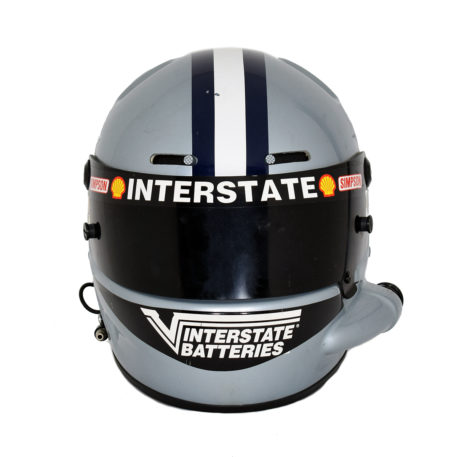 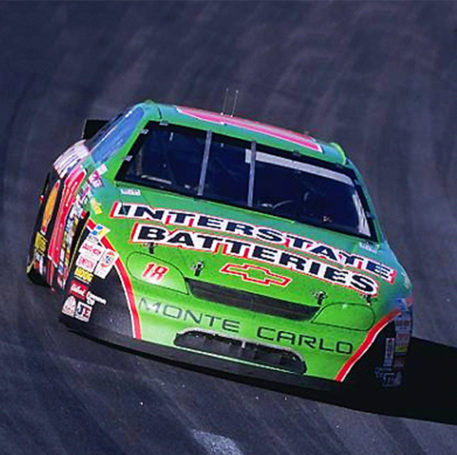 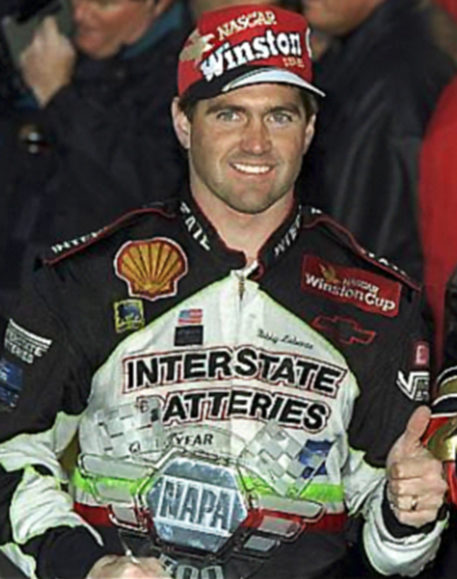 Bobby Labonte was the first driver to have won both the Winston Cup championship (2000) and the Busch Series championship (1991). He also won the IROC title in 2001. Labonte is also the first driver to complete the NASCAR Triple Threat at the same track, by winning races at Martinsville in each of NASCAR’s top three racing series. Bobby is the younger brother to Terry Labonte.

This helmet was used during the 1995 season which was Labonte first season driving for the Joe Gibbs Racing Team. Driving the Interstate Batteries car he had three wins, three second places and seven other top ten finishes. The Simpson helmet has been painted to replicate a Dallas Cowboys Football team helmet. The silver base color has white and blue stripes across the top to the back and blue and white stars on either side. There is a black panel around the chin with the teams major sponsor Interstate Batteries lettering in the panel. The visor also has an Interstate Batteries/Shell Oil visor strip and Gatorade decals on either side. The helmet also has its original radio installed and its air feed fitting still in place.

This helmet comes from the world famous Ron Burton Helmet Collection. Since the mid 1960’s, Burton was known as Indianapolis’ most famous artist when it comes to original paintings in Motorsport. Many drivers swapped helmets with Ron Burton for one of his paintings and his helmet collection sat on display for years in the Union Jack Pub. Don’t miss your opportunity to own one of these famous and rare helmets from this fantastic collection.

All helmets come with a signed certificate of authenticity from Hall of Fame Collection and Ron Burton.