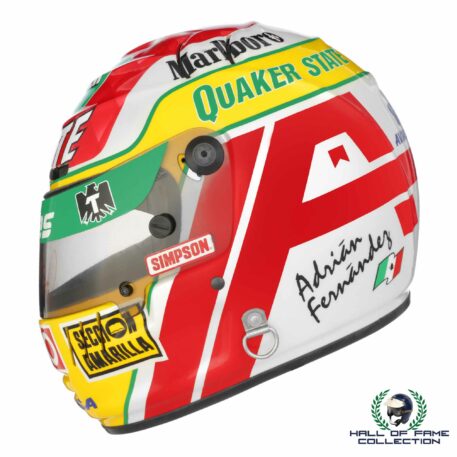 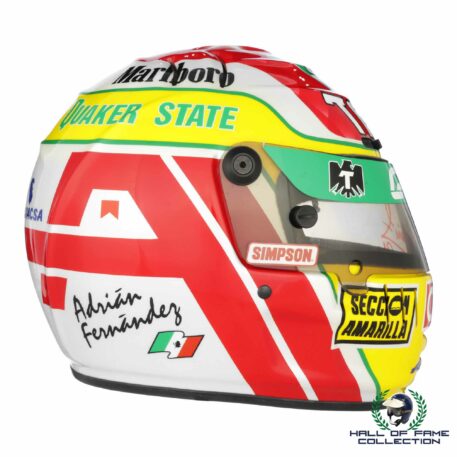 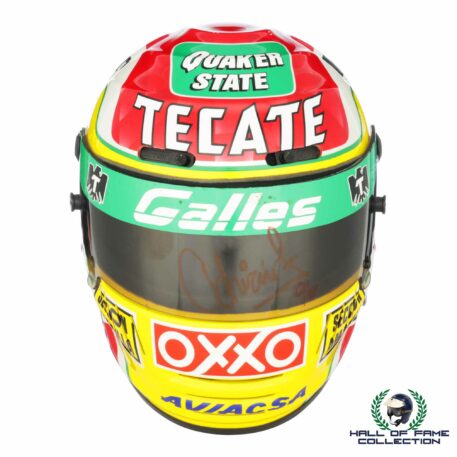 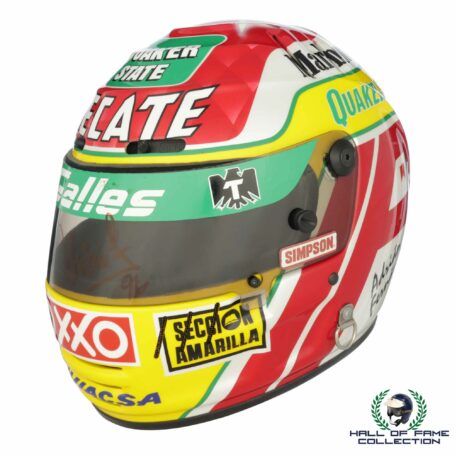 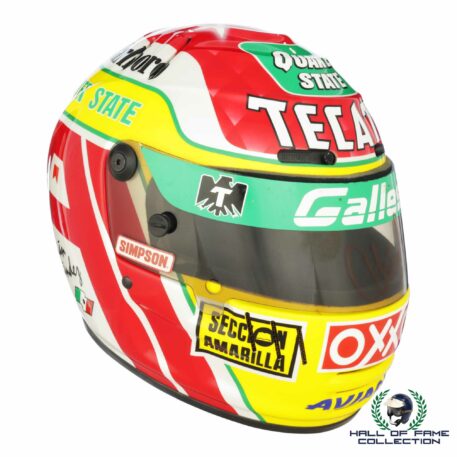 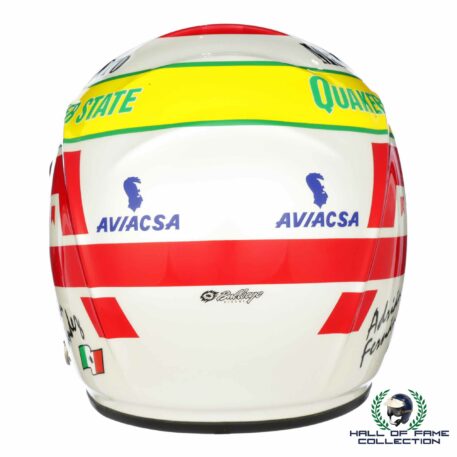 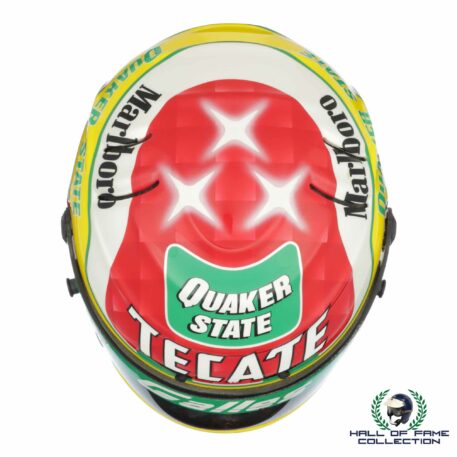 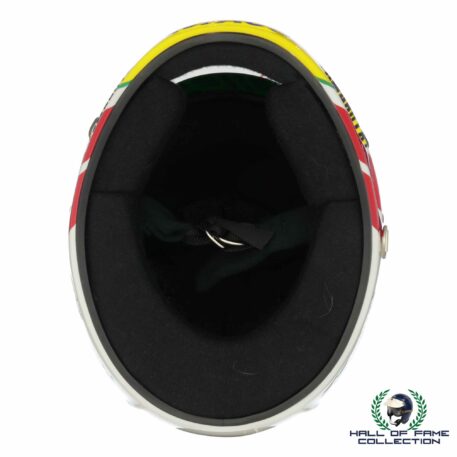 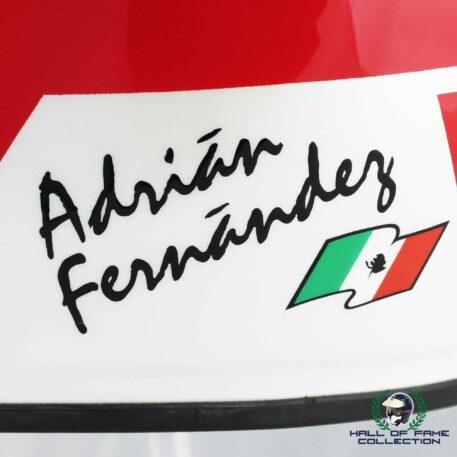 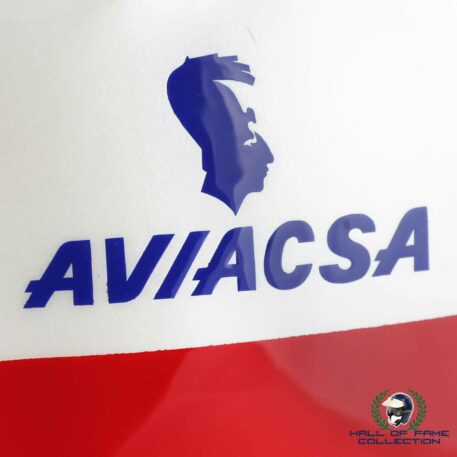 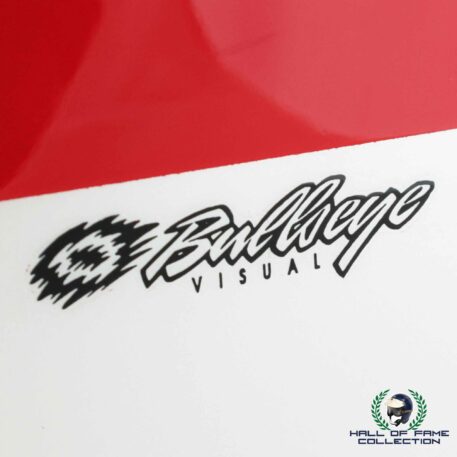 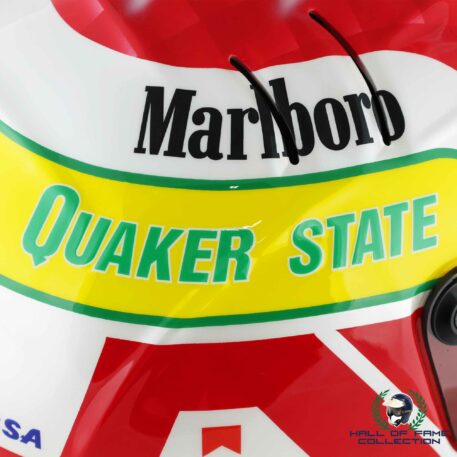 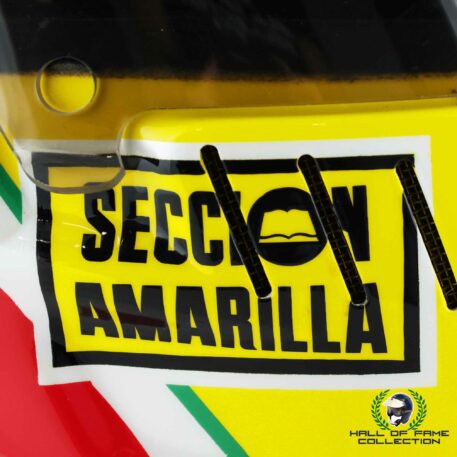 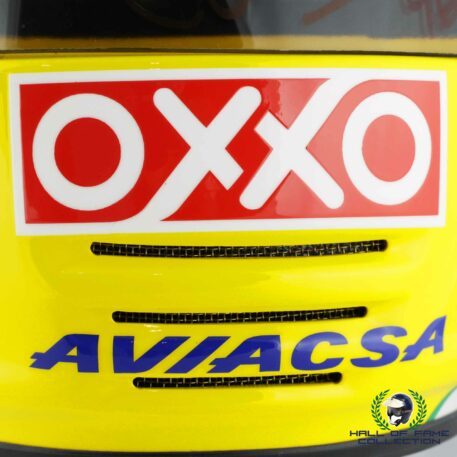 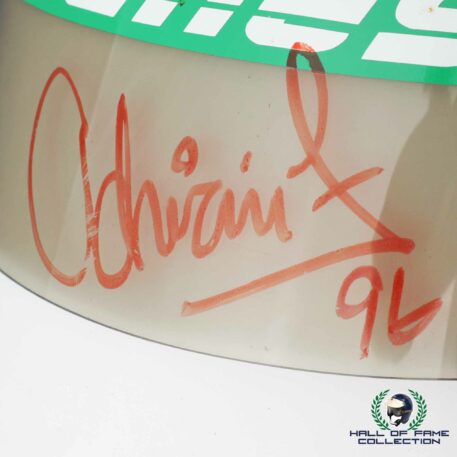 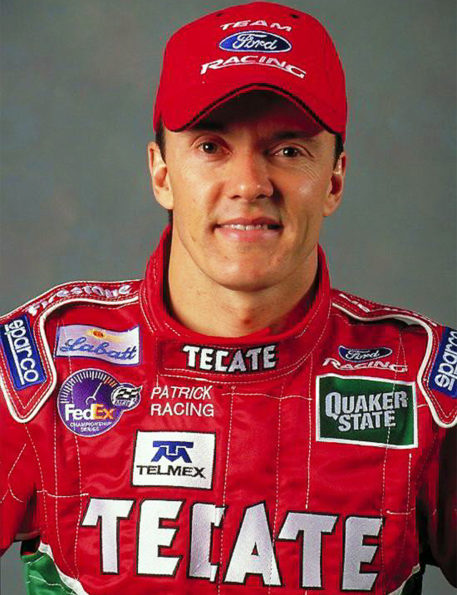 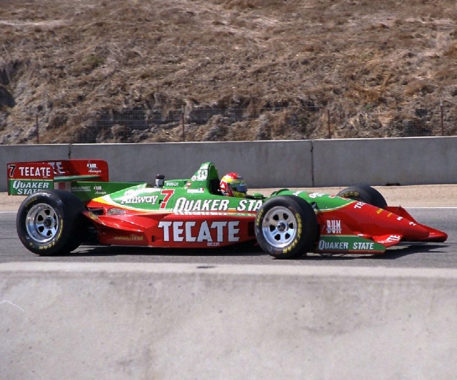 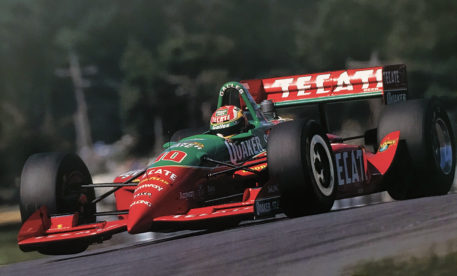 This stunning Simpson Shark helmet was painted for Adrian Fernandez for the 1995 CART IndyCar season while driving the Tecate/Quaker State/Galles Racing Team Reynard. This is an authentic helmet but that was unused by Fernandez and originally gifted to a sponsor.

The white pearlescent base paint has an a airbrushed red graphic panel with highlight stars to the top. A yellow with green edged front section has an extending band that that runs around the upper half of the helmet. There is a red ‘AF’ logo on either side that is connects by a band around the back. Fernandez name is also on either side. It has many team sponsor/supplier’s brandings applied to the helmet that including Tecate, Quaker State, Marlboro and Oxxo.

The helmet has been fitted with a race used visor personally signed by Adrian Fernandez and comes with a Certificate of Authenticity.