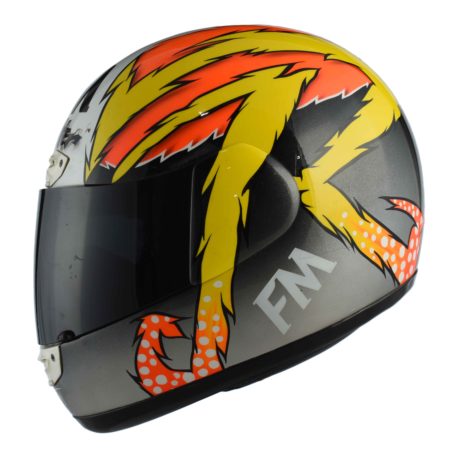 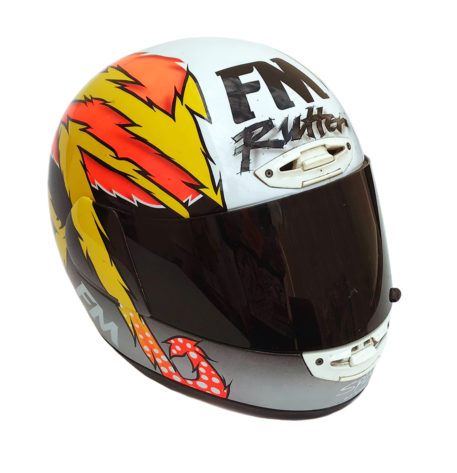 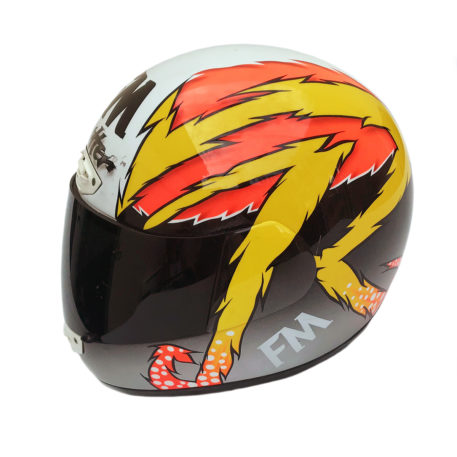 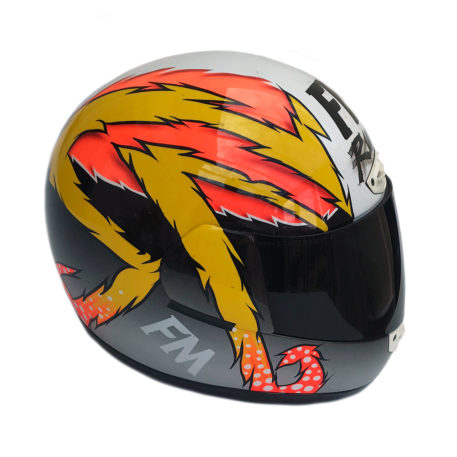 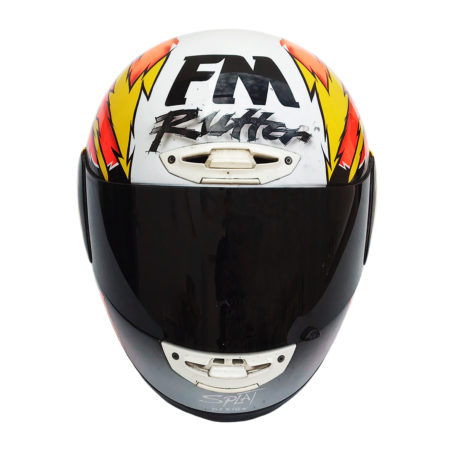 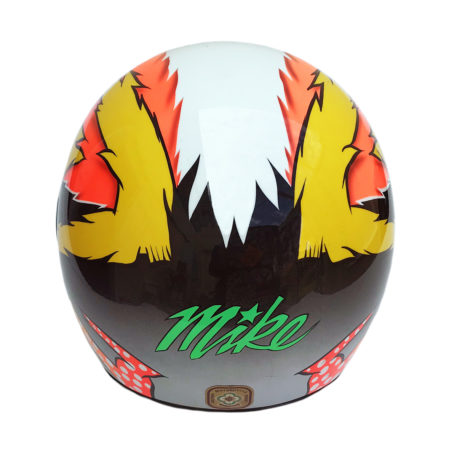 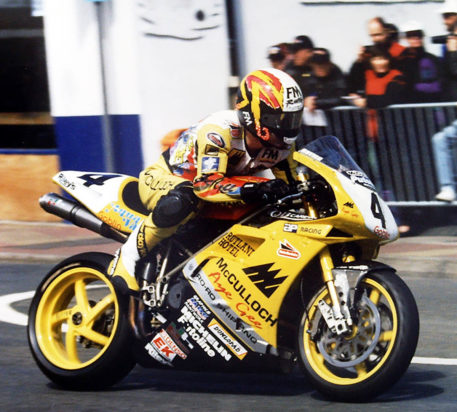 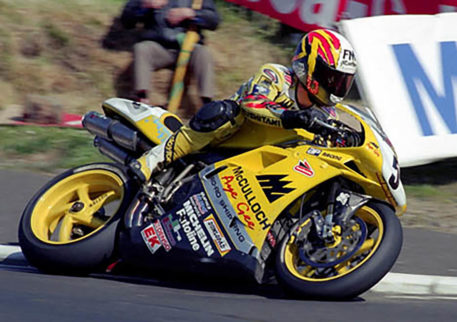 This helmet was painted by Splat Designs was used sometime during the mid-1990s (probably 95/96) when he was riding Ducati machines. The FM helmet has Rutter’s fluorescent orange and yellow jagged polka-dotted arrow design on either side of a wide white band running over the middle of the helmet which overlays the metallic gray bottom half. Rutter’s first name is on the rear of the helmet, in green, and his surname is on its front, above which is the manufacturer’s ‘FM’ branding logo. 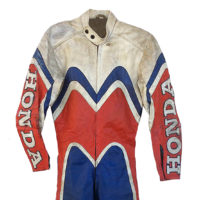