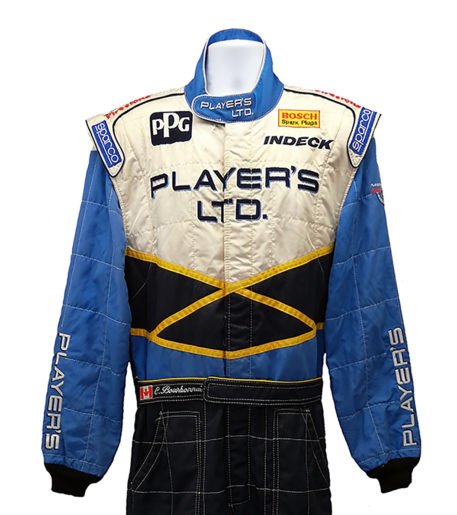 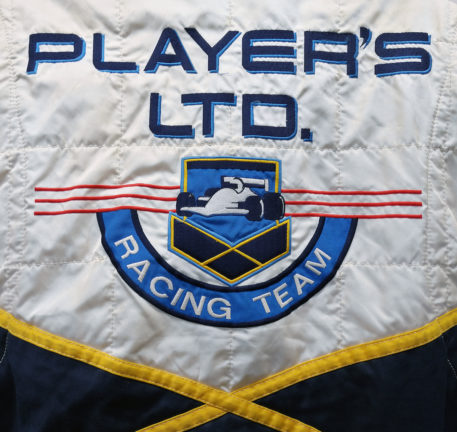 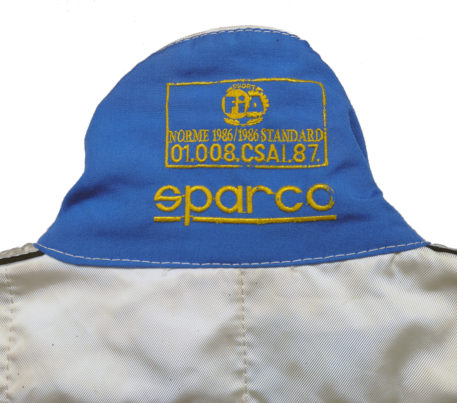 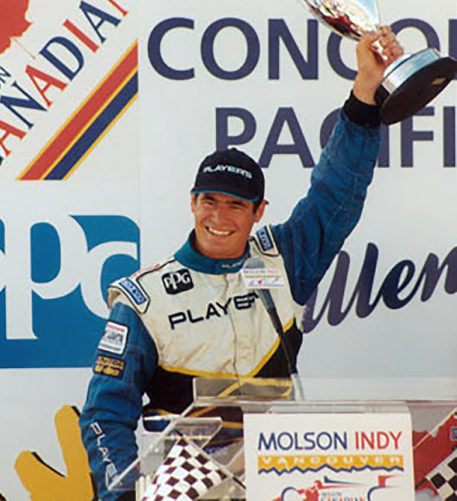 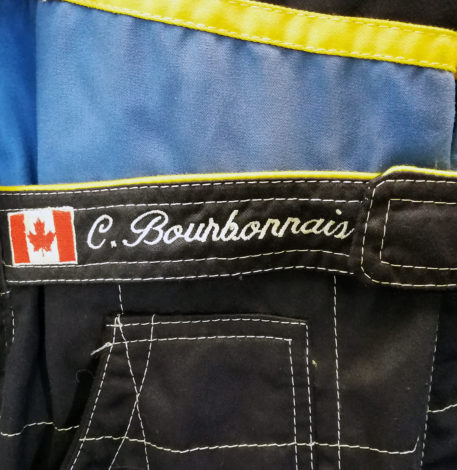 Suit worn by French Canadian IndyCar driver Claude Bourbonnais. It was used while he was competing for the Forsythe Racing Team during the 1995/96 Indy Lights championship. Bourbonnais drove his first full season for the team in the Toyota Atlantic Championship in 1993 where he impressed everyone finishing second in the championship. He tried his hand in the Cart IndyCar Series in 1994 and started five races. He then moved back to Indy Lights with Forsythe Racing. He also entered the Indy 500 twice, once in 1997 and again in 1998, for Blueprint racing. Before retiring he even tried his hand at sports car racing.

This great looking Sparco suit comes in the iconic Players Forsythe black, blue, white and gold colors. The Players Ltd lettering appears on the front torso, arms, and neck. The back of the suit also has the lettering along with a Players Racing logo. Bourbonnais’s name and national flag are embroidered on the right side of the waist belt.