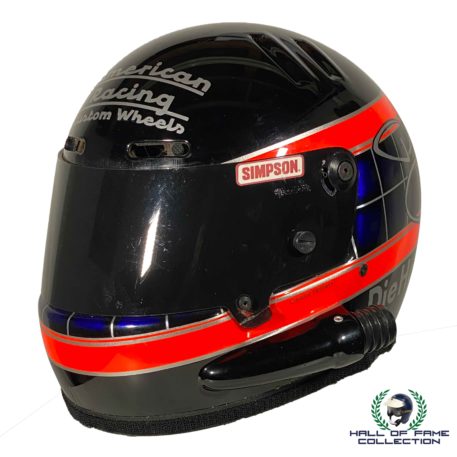 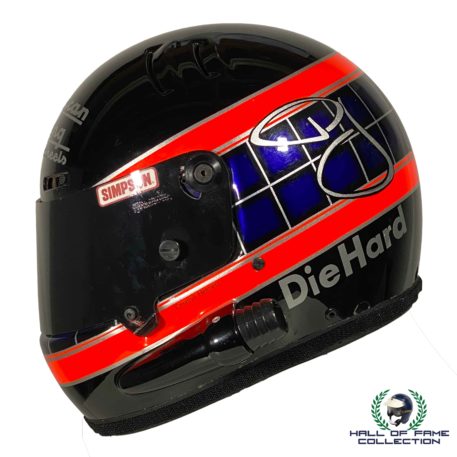 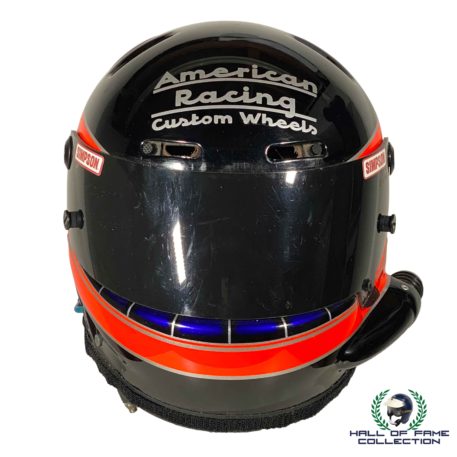 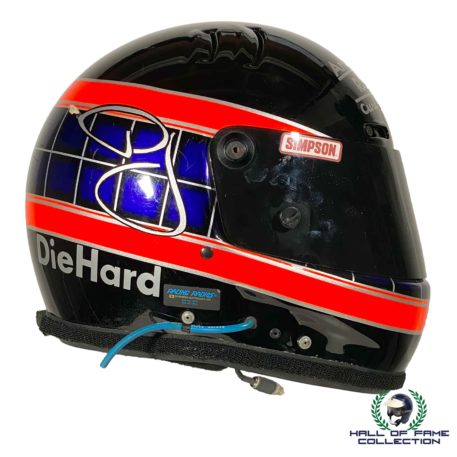 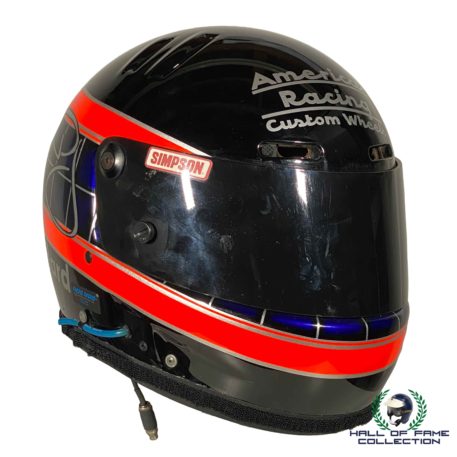 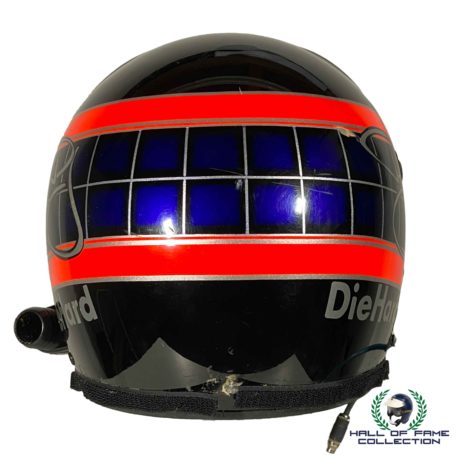 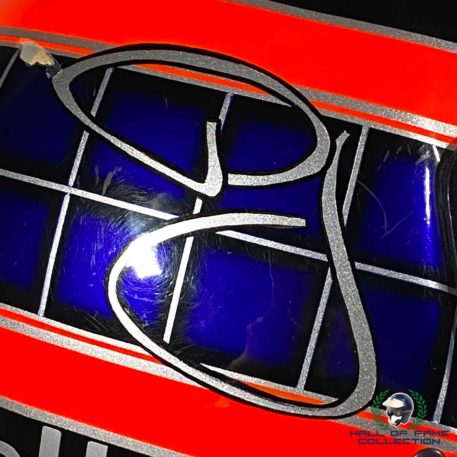 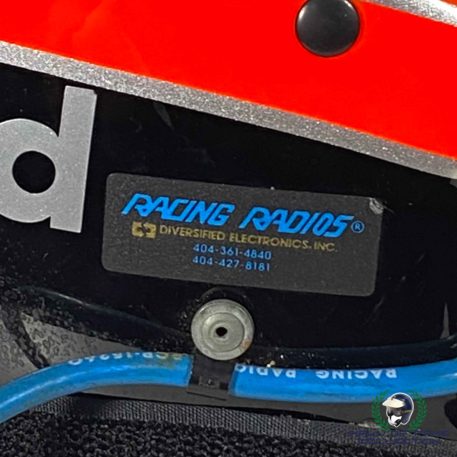 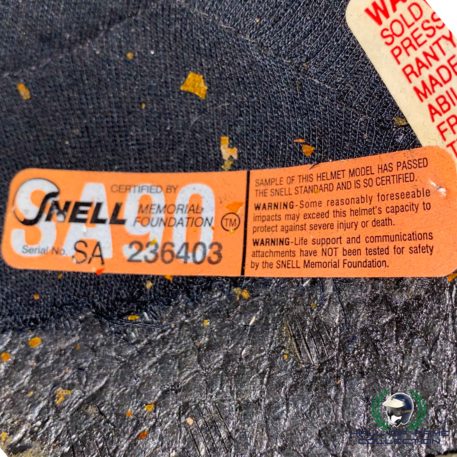 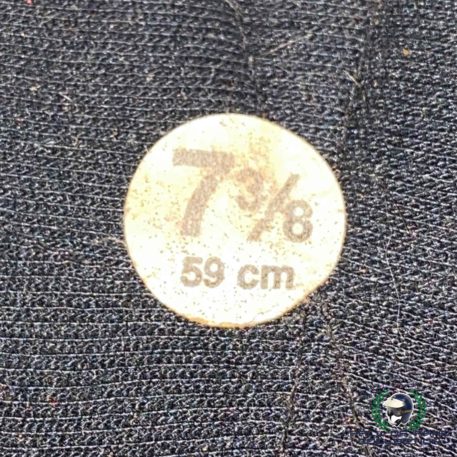 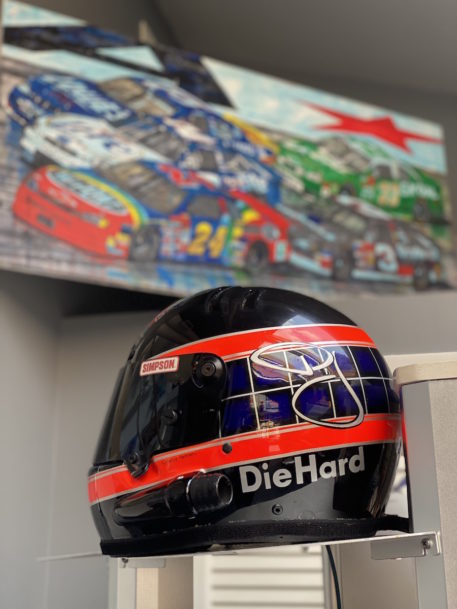 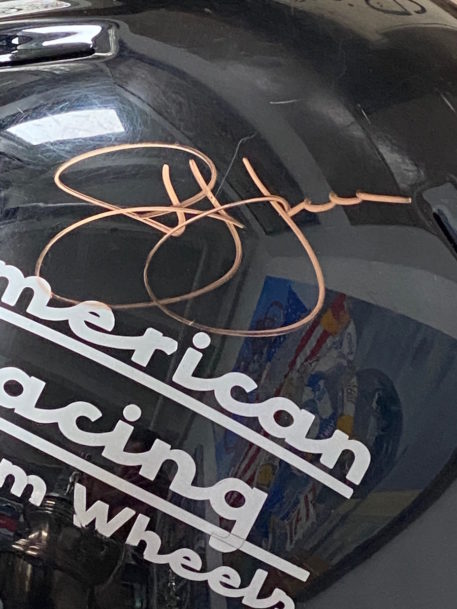 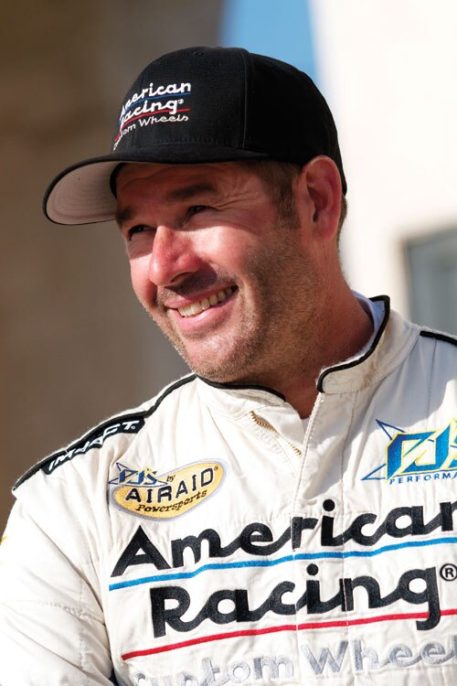 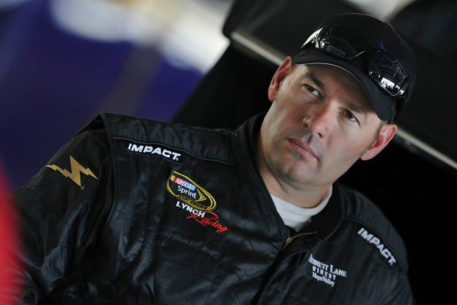 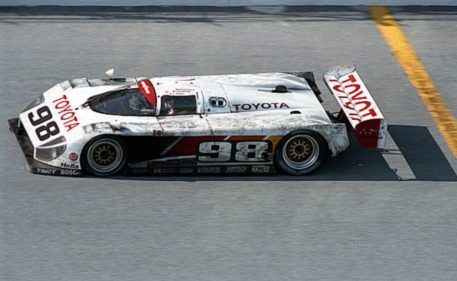 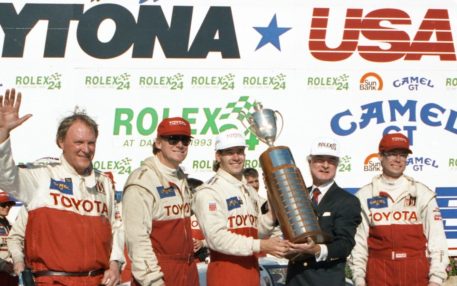 PJ Jones wore this Simpson helmet during the 1993 IMSA Series and the 1994 Nascar seasons. He is the son of the Indy 500 winner Parnelli Jones. PJ Jones has raced across a wide range of categories in his career including IndyCar, American Le Mans, IMSA, Nascar, USAC, Nascar Trucks and Stadium Super Trucks. The highlight of his career was driving for Dan Gurney’s All American Racers team in the absolutely brilliant Toyota Eagle MkIII. He would go on to win the 1993 24 Hours of Daytona, as well as notching wins at Laguna Seca and Phoenix, earning him the runner up spot in the IMSA GTP class.

The helmet has also been recently signed by PJ Jones in gold marker.