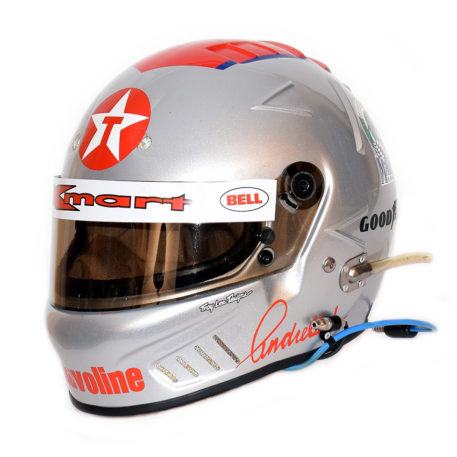 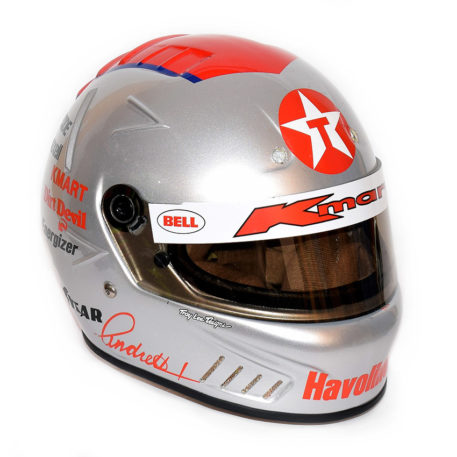 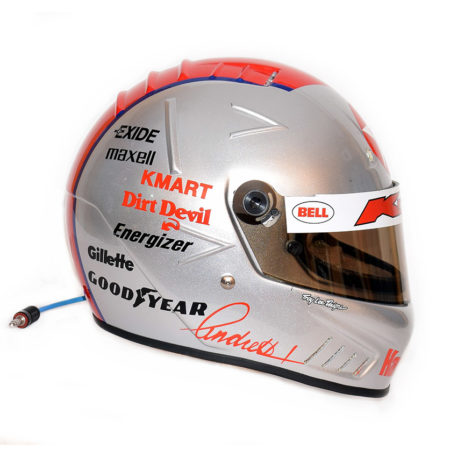 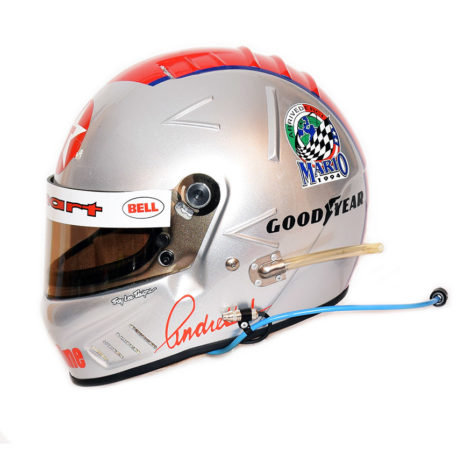 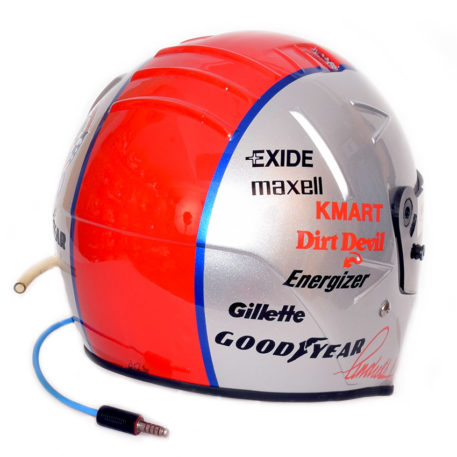 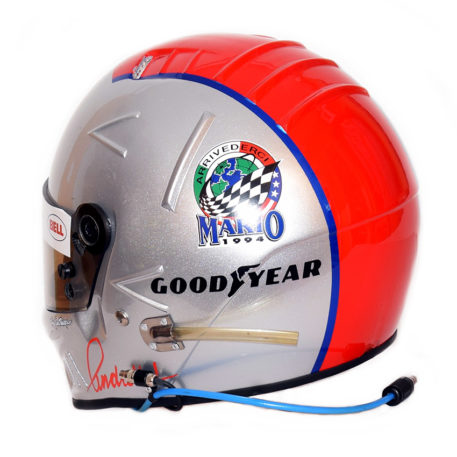 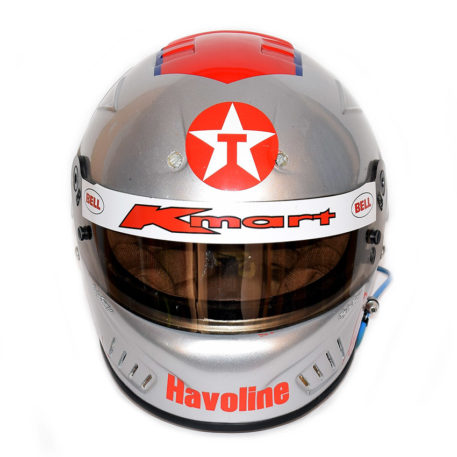 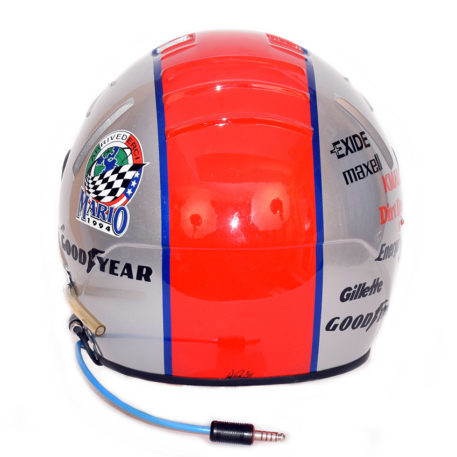 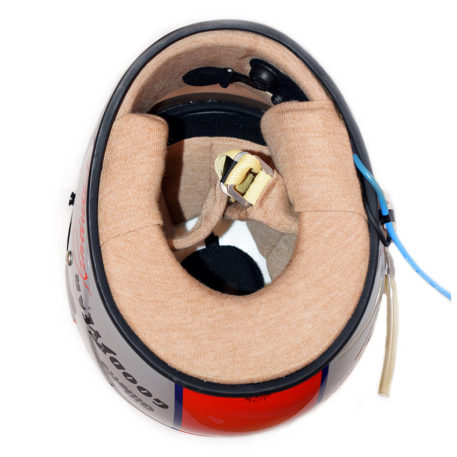 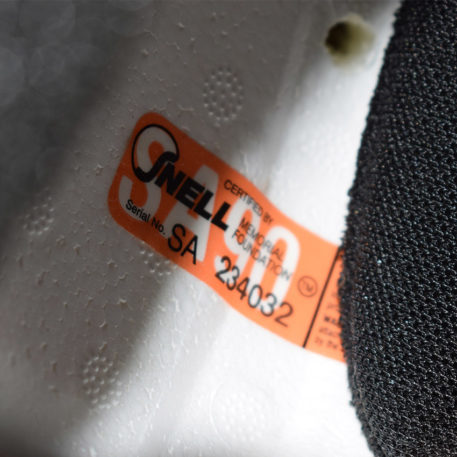 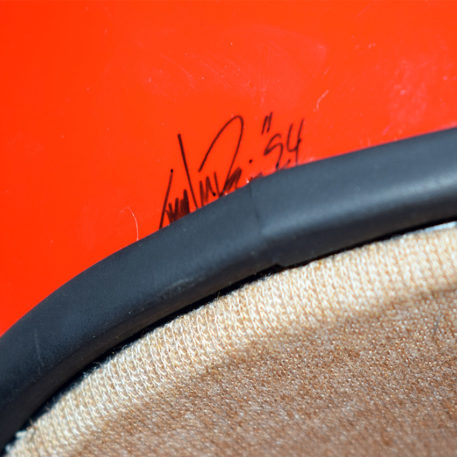 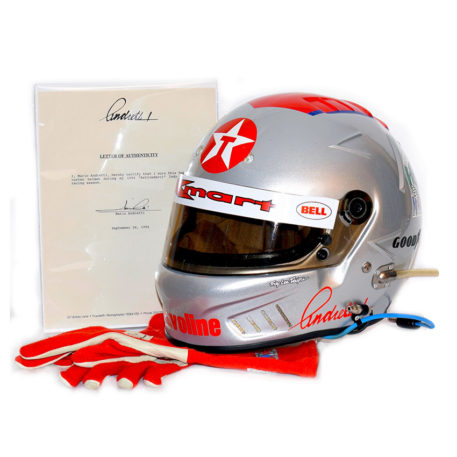 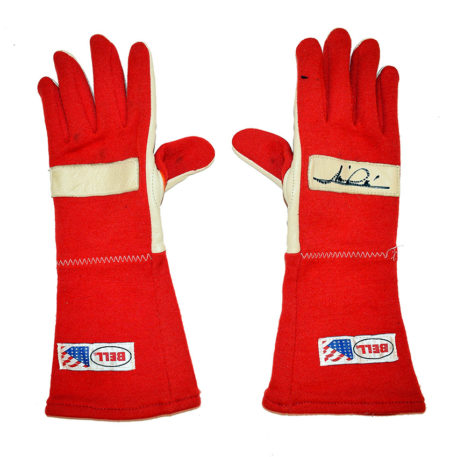 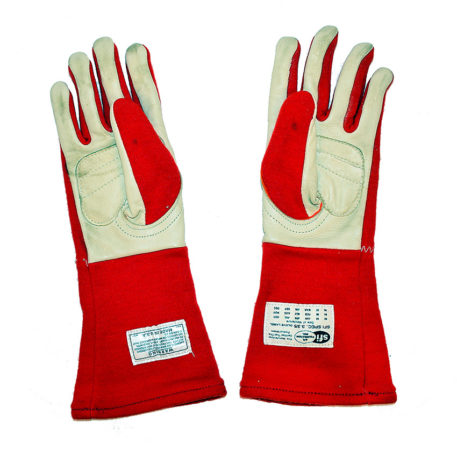 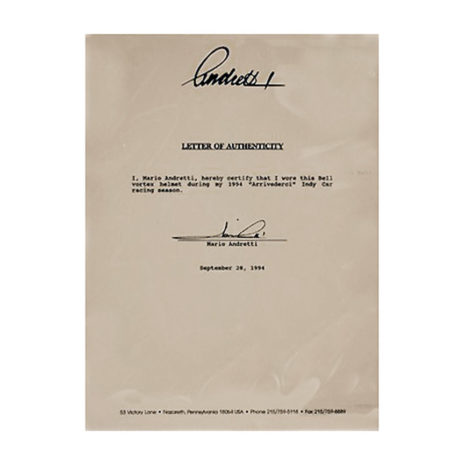 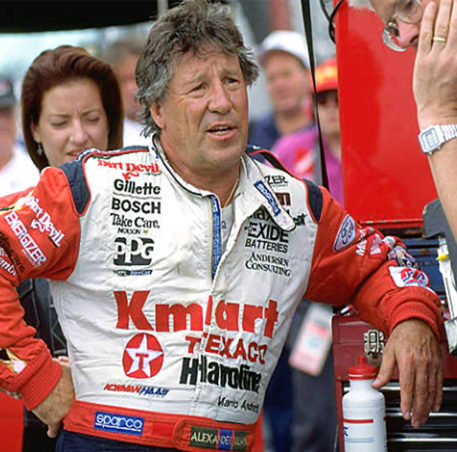 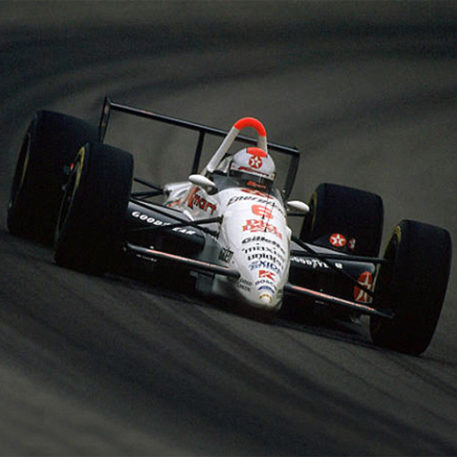 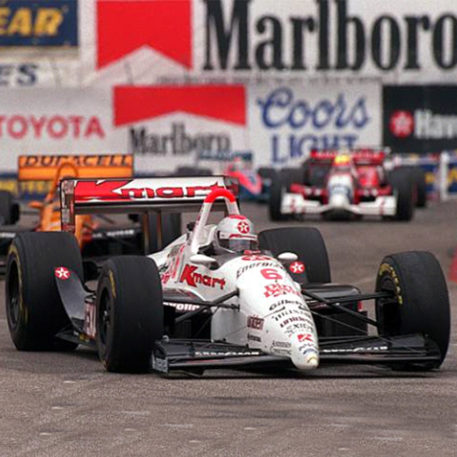 We are proud to offer this Bell helmet used by the one and only Mario Andretti in his final season in the PPG CART Indycar series.

Away from the track a devoted family man, father to racers Michael and Jeff, grandfather to Marco and uncle to John.

This Helmet was used during Mario’s ‘Arrivederci’ 1994 season where driving in his fortieth IndyCar season for Newman/Haas racing he decided to retire from the series. In that time Mario had amassed a total of fifty two victories and a record sixty seven pole positions. Thus becoming a four-time IndyCar National Champion (1965, 1966, 1969, and 1984), all-time IndyCar lap leader, oldest race winner in IndyCar history and the only driver ever to win IndyCar races over four decades.

The Helmet painted by Troy Lee designs has the iconic Andretti design has a thick red chevron edged in blue stripe on a metallic silver base (Variations of Mario’s original design have been used by all members of the Andretti racing family). It has the Newman/Hass major team sponsors Kmart and Texaco Havoline decals added to the front helmet other sponsor supplier decals including Exide/DirtDevil/Gillette added to the right rear side. The Andretti name is on either side in red script and a special ‘Arrivederci Mario ‘decal has been added to the left rear side. It comes as last used by Mario with the radio still installed and pop of valve attached.

A fantastic piece of not only IndyCar memorabilia but also an item used by one of the greatest and most famous names in the history of Sports.

Helmet come with an Andretti letter and full Certificate of Authenticity.

Few of Andretti’s helmets ever become available and even fewer from his final season in IndyCar racing.

A signed set of gloves are also available (see pictures)