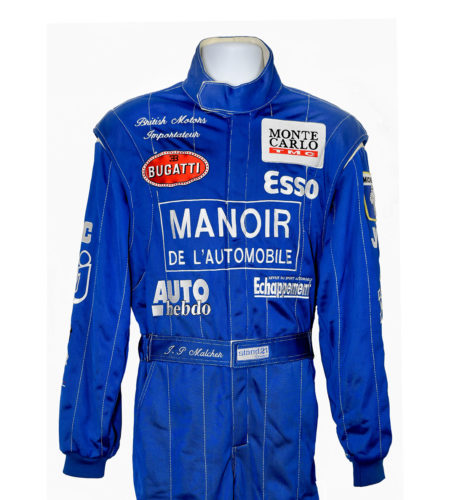 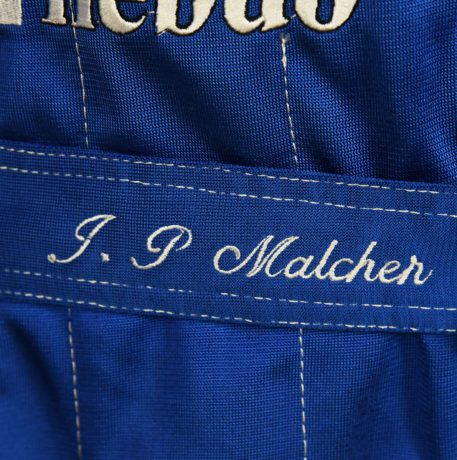 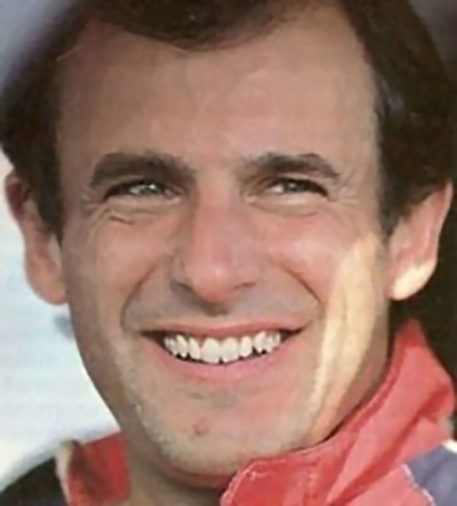 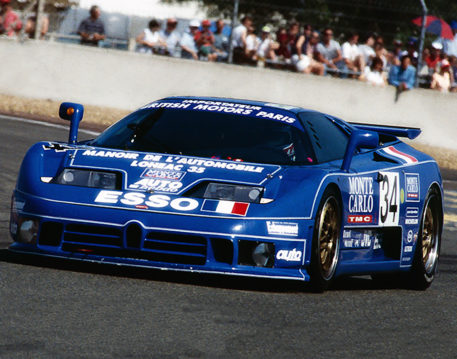 Stand 21 race suit used by French sportscar driver Jean-Pierre Malcher. The stunning suit was used while Malcher drove a Bugatti EB110 in the preliminary practice and qualifying sessions for the 1994 Le Mans 24 Hour race. French media mogul Michel Hommell entered his Team Synergic EB110 GT for the 1994 event and Malcher, along with co-driver Eric Helary, posted the fifth quickest time overall in the GT1 class. In the race the Bugatti was running with the leaders until the Sunday morning owhen a tire failure on the Mulsanne Straight saw the car crash out after 230 laps.

The fantastic looking Bugatti EB110 that raced at Le Mans is the only Bugatti to have taken part in the 24hr race since a supercharged T57C took Bugatti’s second victory back in 1939. With the non finish, history records that no Bugatti has finished Le Mans in the post-war period.

But the story of this EB110 didn’t finish 25 years ago. Nor does it stop once beyond the racetrack gates. Because the car was designed from the outset to be road legal. Hommell’s dream was for the car to be driven to the circuit on public roads, and driven away afterwards. It would prove to be a one-way journey, but this EB110 was alleged to have been driven over a thousand kilometres from Bugatti’s state of the art factory at Campogalliano north of Modena, to Circuit de la Sarthe.

This all-blue suit has many sponsor/supplier branding logos adorning the front, back and arms of the suit including Manoir, JVC, Auto Hebdo and Esso to name a few. There is a Bugatti oval patch on the right chest and J.P. Malcher’s name embroidered to the waist belt.

This is a highly collectable piece of Bugatti history and comes with a full Certificate Of Authenticity.