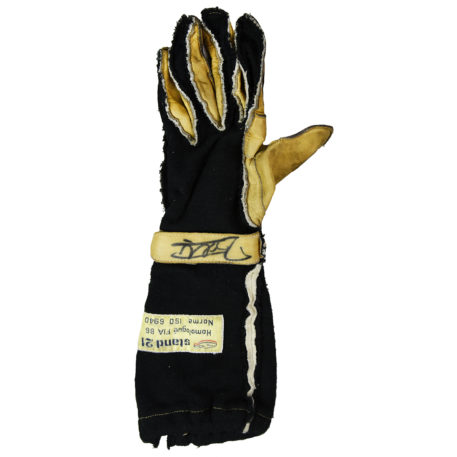 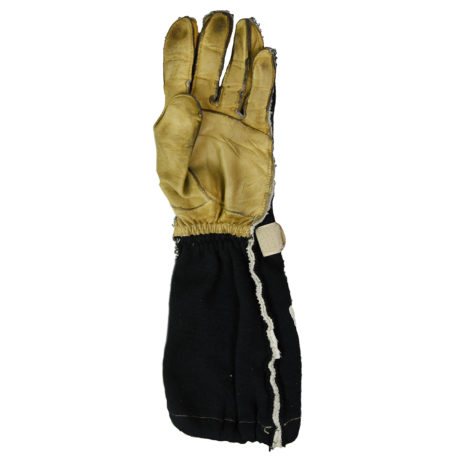 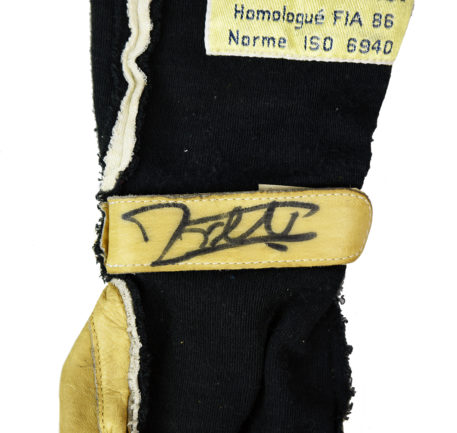 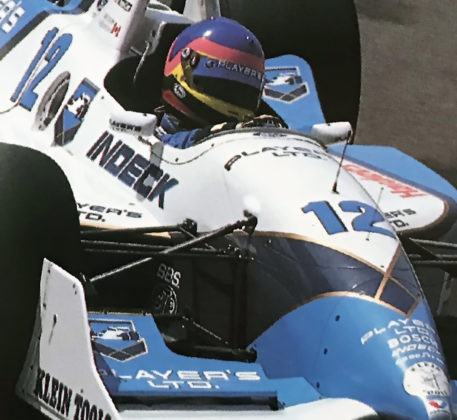 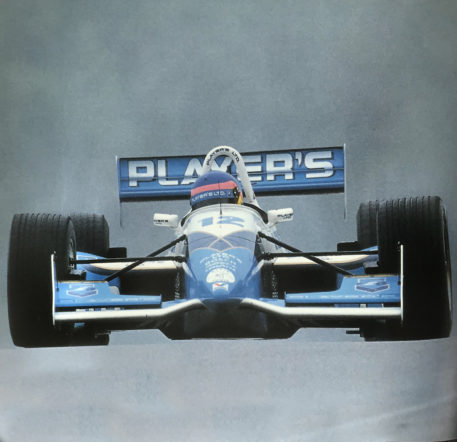 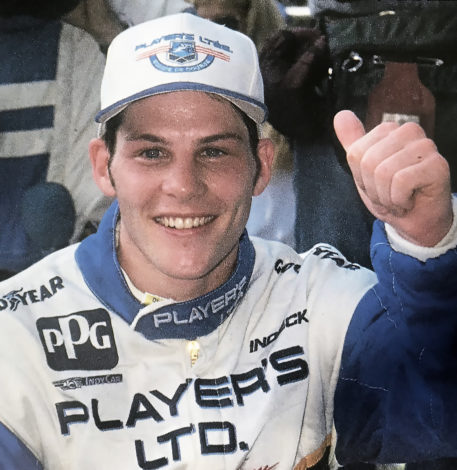 This single Stand 21 glove was one used by Canada’s Jacques Villeneuve during his break out season in 1994. After shining in the 1993 Toyota Atlantic Championship Villeneuve graduated to the CART IndyCar series where, driving for the Forsythe-Green Racing Team, he posted some impressive results that included a second-place finish at the 1994 Indy 500. He would then go on to score his first top-flight win in the Texaco/Havoline 200 at the Road America circuit in Wisconsin.

The black glove has tan leather palm and finger protection. The top side has a tan leather Velcro fastening strap which has been personally signed by Jacques Villeneuve. A Stand21/FIA standard label is stitched to the cuff.

The glove comes with a full Certificate Of Authenticity.