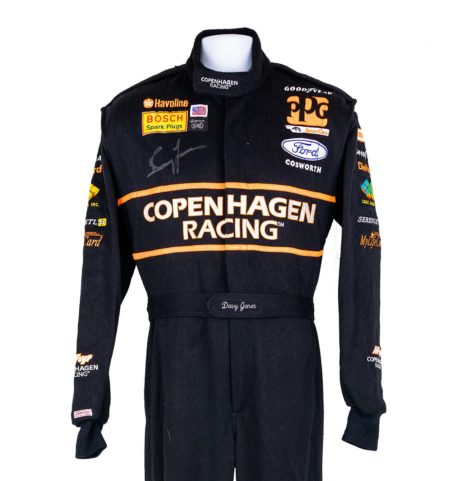 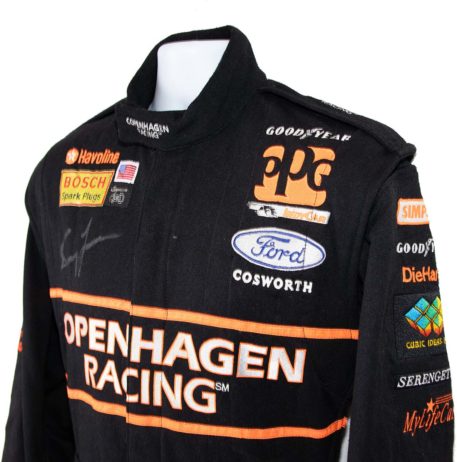 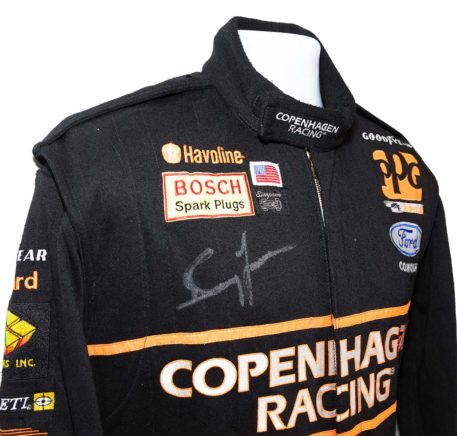 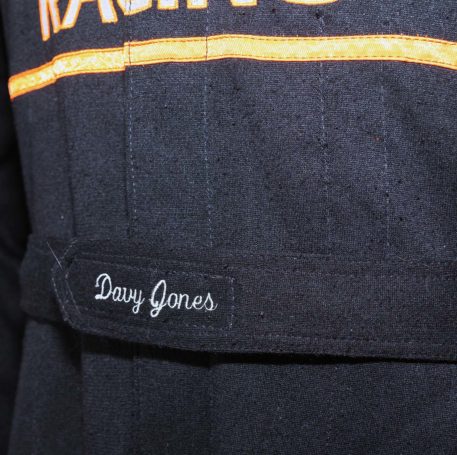 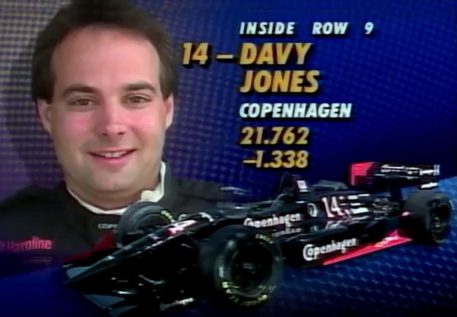 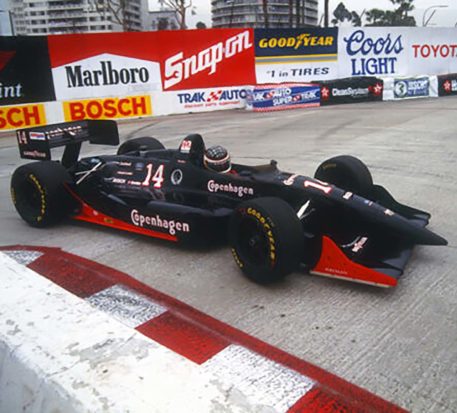 Race suit worn by American driver Davy Jones.  This is one of the suits Jones wore while driving A.J. Foyt’s Copenhagen sponsored Lola in the first three races of the 1994 CART IndyCar Championship series.

The all-black Simpson suit has the Copenhagen Racing tobacco branding lettering on the front midriff and on it’s back, in between two orange bands that also run around the suit. The suit also has many other sponsors/suppliers logos on the chest and arms including Ford, Havoline, Goodyear and Die Hard to name just a few. Above the cuffs are A.J. Foyt’s team logos and Jones’s name is embroidered onto the waist belt.

Davy Jones has personally signed the suit on the right chest and comes with a full Certificate of Authenticity.